5 Books About Witches - Recommended by Marion Gibson
Posted on 18th of February, 2019 by Naomi Bolton 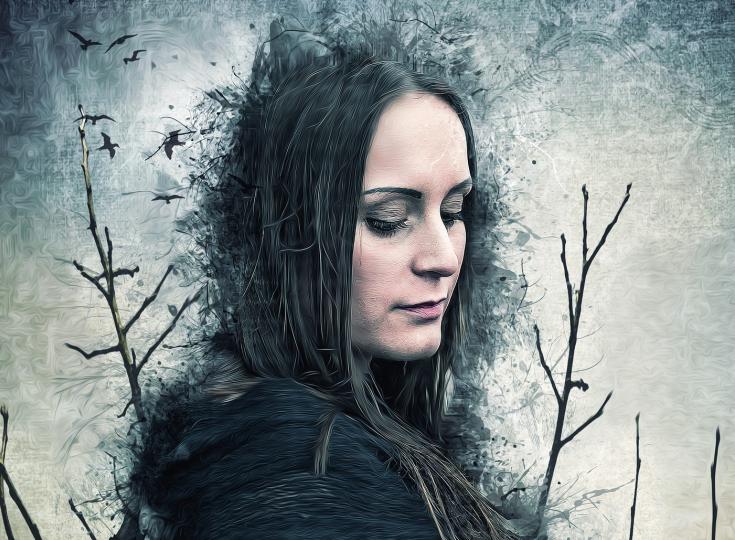 Witches and witchcraft have fascinated, mystified and terrified people through the ages. Marion Gibson is Professor of Renaissance and Magical Literatures at Exeter University and works on witches, magic, paganism and the supernatural in literature. Her previous publications include: Imagining the Pagan Past (2013), Mysticism, Myth and Celtic Identity co-edited with Shelley Trower and Garry Tregidga (2012), Witchcraft Myths in American Culture (2007), Possession, Puritanism and Print: Darrell, Harsnett, Shakespeare and the Elizabethan Exorcism Controversy (2006) and Reading Witchcraft: Stories of Early English Witches (1999).  We have asked prof. Gibson to pick her five favorite books about Witches and did an interview to get her insights.

You specialize in Witchcraft and Magic in Literature. What drew you to this topic?

It happened by mistake, really. I took a course at university called Renaissance Magic, because I liked the lecturer. I’d always worried about the occult, because I was an anxious young woman! But the course showed me texts that I wanted to know more about: why were people telling stories about magic? What did they believe and why? Why would people confess to witchcraft crimes that I didn’t believe they could possibly commit?

What fascinates you most about witches and how they were seen throughout the ages?

The stories told about and by them. Stories of anger and fear, injustice, conflict, unexpected power and wish fulfilment. They are really good stories! 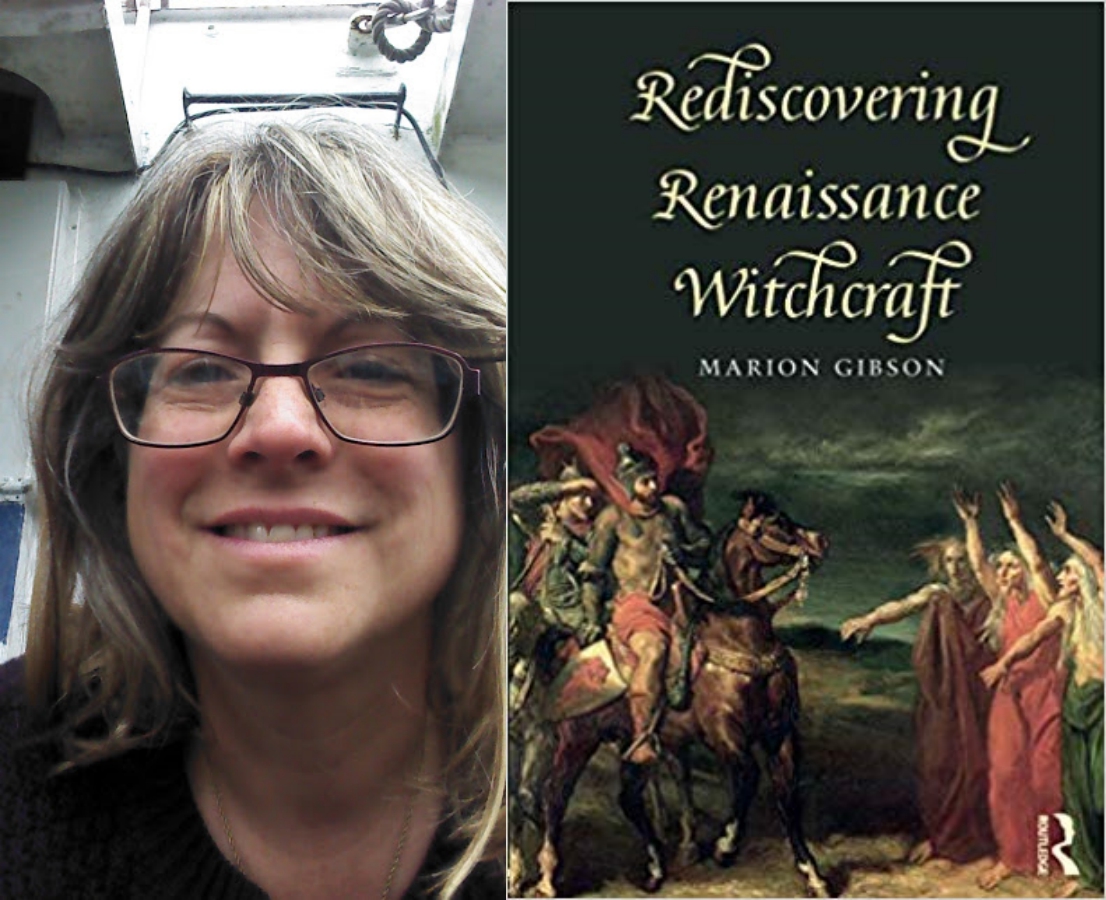 You recently published a book about Renaissance Witchcraft. Please tell us more about it.

Rediscovering Renaissance Witchcraft is about the ways that old magical stories haunt modern literature. The witches of Macbeth get rewritten, new novels and TV shows invent new kinds of witches. Witches don’t just belong to history, but to the present and they keep recurring in the human imagination.

Let's chat about your first book recommendation: Deadly Worlds: Witchcraft in the Bocage. Why did you pick this one? 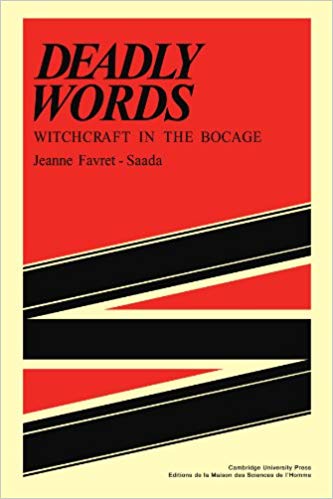 Deadly Words is about witchcraft stories: reading it, I felt for the first time that someone shared my questions about why these stories were so powerful and how they originated. People accused each other of witchcraft through a complex process of storytelling: from an idea that a neighbour might be angry with them and bewitch them came fears about bad things that had befallen them, then re-examination of the original falling out, maybe doubt about who the “witch” was, what the misfortunes meant, maybe a new story that better fitted their fears and desires. Favret Saada showed me that witchcraft was about narratives, trying to find the right explanation, the right story to tell about a misfortune, convincing the listener. It’s my first pick because it makes you think: is witchcraft in any way factual? What is a “fact” in a story about witchcraft? Can we trust anything about these stories (or any stories we tell...?) It’s a book about philosophical questions that underpin the reading of historical records or news stories of witchcraft - but so accessible: in the book we follow this young female ethnographer around Normandy villages, trying to work out what is going on. Magic is normal in the stories she finds: the question really is why some people ever stopped believing in it.

In this book, being bewitched is to be "caught" in a sequence of misfortunes. Was this a common belief that you came across in your research?

It was and is a common happening, I think, but few scholars talk about it - and few talk about it as well as Jeanne Favret Saada.

Why is Deadly Worlds such an important read for anybody who studies ethnography?

As above - it asks the best questions,

Your second pick is The Triumph of the Moon: A History of Modern Pagan Witchcraft. Tell us more about this book. 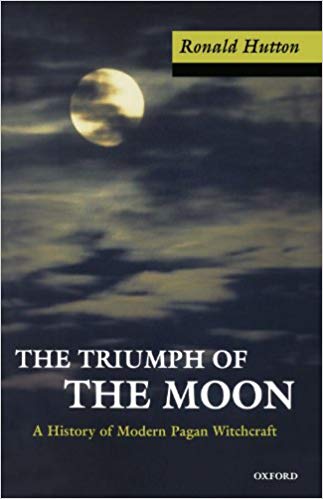 Triumph is a history of witchcraft as it was re-invented in modern times as a pagan religion - so again it disturbs the neat sense that witchcraft belongs in the past, is “just” historical, which is why it is my second pick. Ronald Hutton writes about how Witchcraft, or Wicca as became known, satisfied people looking for alternatives to traditional religions - imaginatively, poetically, because of its improved gender and environmental politics, because of its ritual and theatricality, and so on.

Wicca has often been associated with blood rituals, ghost-like druids and even human sacrifices. Do you think it has been misrepresented?

Yes, basically. Some people do still make those associations, but most modern Witches in westernised nations are perfectly decent folk. In literature, though, witchcraft is still associated with all these things. And in beliefs around the world people are still being accused of witchcraft because it has these associations with murder and cannibalism and bloodletting. The point of witchcraft, as Medieval and early modern demonologists theorised it, was that it inverted all good norms, was “anti” everything that was good.

The book explores how Wicca has evolved through history into what it is today. Why is this important?

A history of Wicca was very much needed when Triumph was published. Like any cultural phenomenon, it deserved to be taken seriously and investigated, and that’s what this book does.

Some readers say that Hutton wrote Triumph of the Moon in an attempt to install Wicca as a new religion in its own right. Would you say that is true?

No. Wicca was already a new religion in its own right: he simply documented it.

Your next recommendation, In The Devil's Snare, re-examines the Salem Witch trials. We know that witch hunts were commonplace in history. Why is what happened in Salem so profound that people are still talking about it today? 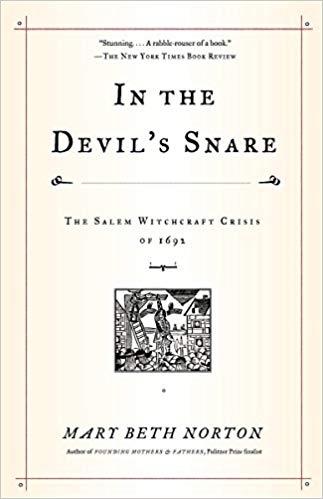 It wasn’t a big witch hunt by the standards of the time, but it did happen in a place where people were idealists, expected better of their “new world”, and it happened in a place where they were highly literate and wrote about it. It split the communities of Massachusetts and left a big scar on the American psyche. And there were lots of texts for people to read, lots of information and conjecture. Once again, it comes down to stories: Salem has spawned a lot of good stories, myths and plays, TV shows and novels.

Why, would you say, were the people of Salem so desperate to "purge evil" from their community?

They were puritans in the sense that they wanted to purify human life, make it more godly. They wanted a better world - which is an understandable, even praiseworthy motivation. But their methods were wrong: persecuting those who they imagined as their enemies, driving out other peoples, religions and sects, judging and controlling. They were so frightened of evil that they did evil themselves.

Do you think there were any "real" witches in the Salem witch trails?

Not in any very helpful sense. I’m sure people practiced magic there, because people do in most communities. But cultic Satanists? - no.

The next book, America Bewitched, deals with America after Salem. Why is this book important to you? 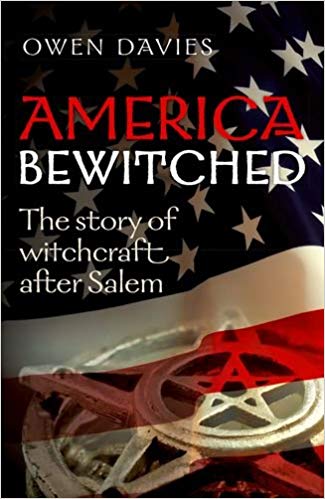 It shows that witchcraft beliefs survive, appear to be endemic to human societies, however complex and supposedly rationalist. It is also a very well researched book, exploring many different areas and communities, many kinds of sources. Like Triumph, it’s a big, challenging history of a phenomenon that not everyone wanted to acknowledge.

According to this book, there were more people killed as witches between 1692 and the 1950s than before it. Why would that be?

Partly the amount of time involved - that’s a long period of supposedly non-magical history! But partly because it’s a period of massive population expansion, new conflicts of religion and politics: fertile ground for hatred and suspicion if a culture is that way inclined, which it was and is.

The book also draws some parallels to how accusations of witchcraft were often the result of culture clashes between the different racial groups in America. What are your views on this?

I agree that race and ethnicity is an important category for thinking about witchcraft. Most people know about the links between witchcraft and gender politics, but race is important in a nation founded on a conflict with native Americans, and which also became a slave-owning society segregated along racial lines, and with competing groups of other immigrant peoples also in conflict with each other and with earlier arrivals.

How, would you say, have the attitudes of modern Americans changed towards witches and witchcraft?

Witchcraft is still feared by many, particularly conservative Christian and Muslim groups, but Wicca is also widely practiced. The two are part of the culture war that’s now dividing America.

The last book on your must-read list is Early Modern European Witchcraft. What do you like most about this book? 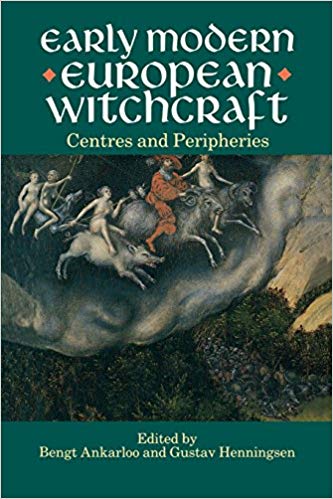 This book was really the first to give readers a sense of the breadth of the histories of witchcraft that could be found if historians looked for them. It has chapters on countries across western and Eastern Europe and beyond and it laid the groundwork for an expansion of witchcraft studies into a global subject. Historians need to pay attention to many cultures in thinking about witchcraft, and this book felt very groundbreaking when it was published. It still is, it still shows us how diverse beliefs about witchcraft can be.

In which way does this book end the Anglo-Saxon monopoly of witchcraft studies?

As above - it looked beyond the Anglophone world to Spain, Portugal, Iceland, Norway, Italy... and that was a good thing.

The book explores the relationship between law, theology and witchcraft. Why do you think these are important themes to address?

I have an author page on Amazon, and you can sometimes see me on Tv or hear me on the radio getting excited about witches. I still find the subject of witchcraft completely fascinating.