Books Like Darwin's Radio
Posted on 11th of April, 2020 by Naomi Bolton 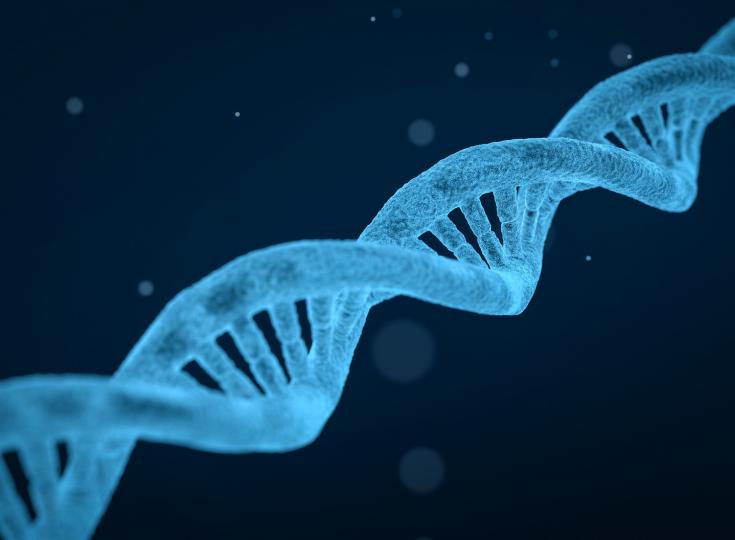 Human evolution has been a popular topic amongst science fiction authors and many of them have envisioned interesting ways in which it will take place. Greg Bear is one of the authors who has tackled this topic in his 1999 novel, Darwin's Radio, which deals with an endogenous retrovirus evolving babies in the womb. Initially, this virus, called SHEVA, is seen as a disease but people gradually begin to realize that it is actually part of evolution. If you are a fan of science fiction in general and evolution in particular then check out the following books like Darwin's Radio. 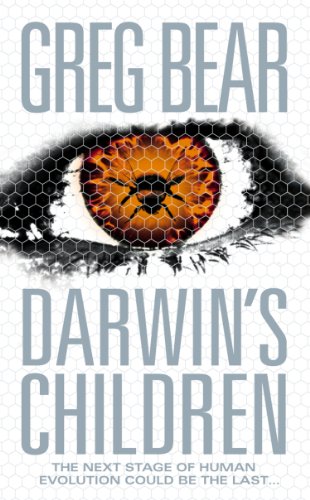 Darwin's Children is the direct sequel to Darwin's Radio and follows the story of Kaye, Mitch and their daughter Stella Nova. Stella is one of the babies who were born dozens of years before after their mothers were infected with the SHEVA virus. Although these so-called "virus children" are the next step in human evolution they are feared, reviled and quarantined from society. The authorities are determined to preserve humankind at any cost, so they see Stella and the other children as a threat. Fans of Darwin's Radio will enjoy finding out what happens next in this novel. 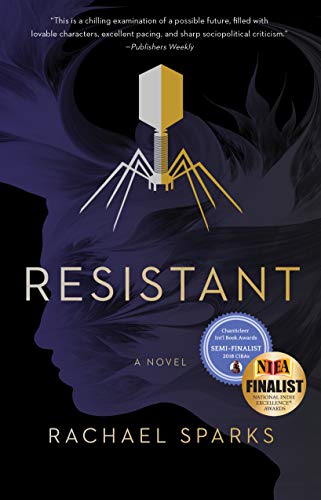 Resistant is the debut novel by Rachael Sparks who also happens to have a degree in microbiology. It is set in a world where humanity is losing a battle against drug-resistant bacteria. The protagonist, Aurora, lives alone with her father on a farm after the antibiotics crisis that killed millions of people, including her mother. Then one day, her quiet life is upended when a young military veteran arrives and she becomes drawn to him. However, she then learns from him that her blood might hold the cure that the world needs and numerous groups are fighting to reach her first. Aurora is forced to flee and it's a race against time to find the new path of human evolution before the government tracks her down and uses her blood for a cure that they can sell to the highest bidder. 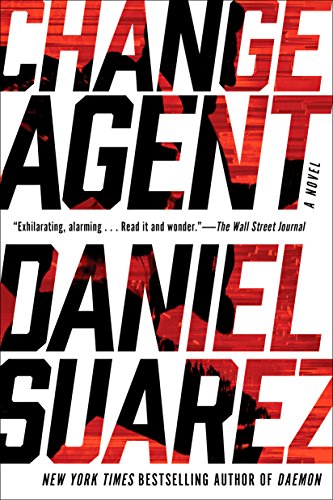 In Change Agent by Daniel Suarez humanity has mastered CRISPR genetic editing, which means that evolution itself can be controlled. Unfortunately, this means that there are now black market labs that for a price can perform vanity edits on human embryos. It is an illegal procedure that is rapidly accelerating human evolution and human-trafficking victims are being used as experiments to advance the technology. The protagonist of Change Agent is Kenneth Durand, who leads an Interpol team responsible for cracking down on these black market labs. However, Durand finds himself on the run when he is forcibly dosed with a new change agent that transforms him to look like one of his most wanted suspects. 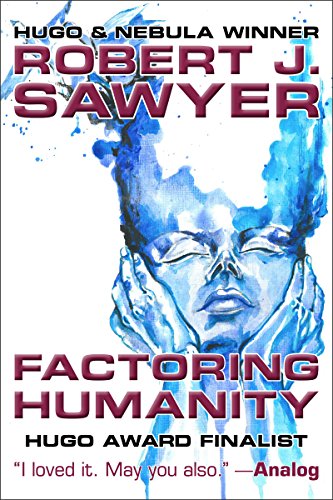 Factoring Humanity is a novel by Robert J. Sawyer that deals with a mysterious signal coming from the Alpha Centauri system. Heather Davis is a professor at the University of Toronto psychology department who has devoted her entire career to deciphering the message while her estranged husband, Kyle, works on AI systems. Heather finally achieves a breakthrough and discovers that the message not only reveals a startling new technology but that it could kickstart a new stage of human evolution. However, Factoring Humanity is not just a science fiction thriller, but also a very human drama about family. 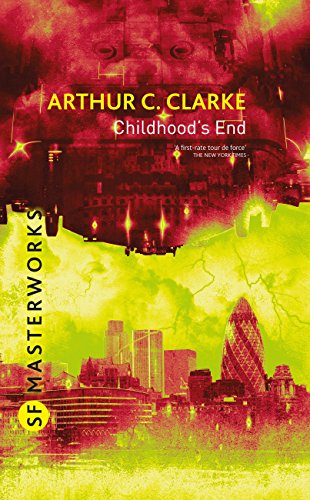 Childhood's End by Arthur C. Clarke dates back to 1953, but still contains plenty of thought-provoking elements about human evolution. It features an alien invasion, but instead of a War of the Worlds type scenario, the mysterious "Overlords" are peaceful. Under their indirect rule, humans experience a period of apparent utopia, but it comes at the cost of human culture and identity. Childhood's End is not just an interesting take on the whole alien invasion genre, but also a different look at human evolution as shepherded by superior alien species. 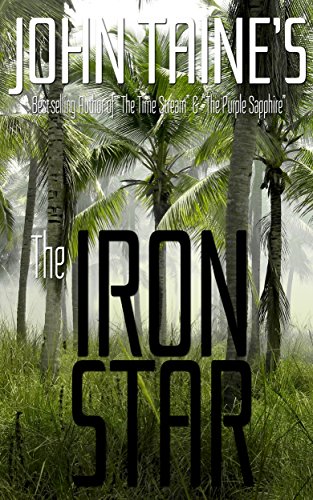 Stories about evolution usually deal with humanity becoming more advanced, but The Iron Star by John Taine, which is the pseudonym of Eric Temple Bell, turns this concept on its head. The book opens with an African expedition where one of the members becomes demented and tries his best to exterminate a certain species of African ape. The other members of the expedition encounter and befriend a seemingly intelligent ape called the Captain. They soon discover that the Captain was once human and that he and the other apes evolved in reverse when they came into contact with a meteor. The story was first published in 1930, so some elements of the novel are very dated, but it is still an interesting and unique read. 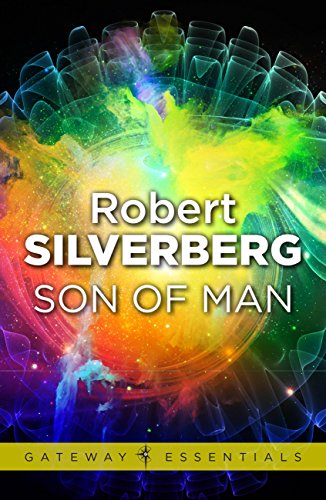 Son of Man by Robert Silverberg was first published in 1971 and while it is not one of his most well-known books it is one of his most thought-provoking ones. The protagonist of the story is Clay, a typical 20th-century man who ends up traveling billions of years into the future. This allows Clay to experience first-hand what the evolved forms of humankind will be like in the future. Son of Man is definitely not a typical science fiction story and places a lot more emphasis on imagery instead of plot, but persevere and you'll find that it is unlike anything else. 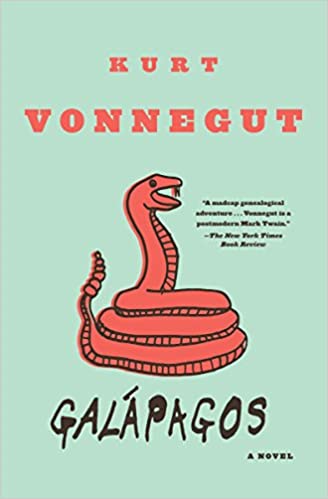 Kurt Vonnegut is best known for his novels The Sirens of Titan and Slaughterhouse-Five, but his 1985 novel, Galápagos, should not be discounted either. It deals with evolution in a very novel manner by examining whether or not the human brain has any merit from an evolutionary perspective. The title is derived from the Galápagos Islands where a group of humans finds themselves shipwrecked. Through a twist of fate, these stranded humans end up being the last specimens of humankind and their descendants evolve into a completely different species.