Books Like Rebecca
Posted on 2nd of October, 2020 by Naomi Bolton

Rebecca by Daphne du Maurier is one of the classics of the Gothic novel genre and its popularity has ensured that it has never gone out of print since 1938. According to du Maurier, the book had its origins in her own life and tells the story of a young woman who marries a wealthy widower. Unfortunately, after moving into his house the unnamed woman finds herself unable to escape the shadow of her husband's late first wife. The book has seen many adaptations for both stage and screen over the years and its themes have influenced numerous other authors. For readers who just can't get enough of this gothic tale, here are a few more books like Rebecca. 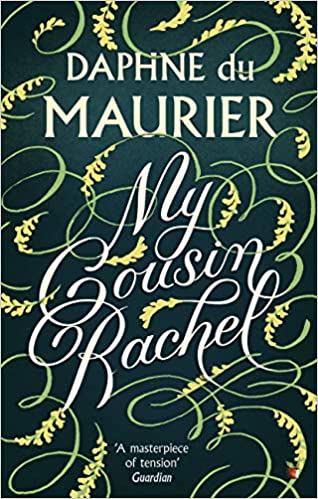 A few of her other books share similar themes to Rebecca, but My Cousin Rachel by Daphne du Maurier is the one that is often overlooked. It is also a mystery-romance that takes place mostly on a large estate in Cornwall. The story sees the owner of the estate, Ambrose Ashley, becoming the guardian of his orphaned cousin Philip when the boy is three years old. Ambrose spends his winters in warmer climates for health reasons and picks Italy one year when Philip is in his twenties. Although Philip stays behind he looks forward to the letters Ambrose regularly sends him, until one day he receives one where Ambrose informs him that he has met a cousin of theirs called Rachel. Ambrose ends up marrying Rachel, but later dies under mysterious circumstances and things become even more complicated for Philip when Rachel arrives in Cornwell and stays at his estate. 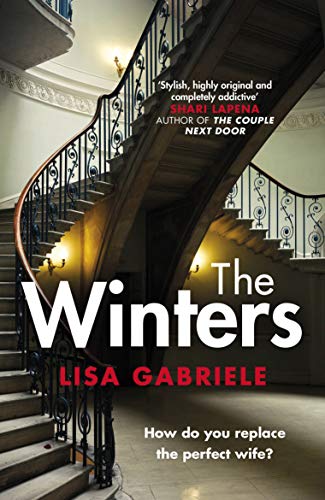 The Winters by Lisa Gabriele is a modern take on Rebecca and as such shares more than a few similarities. In this novel, a young woman falls in love with a wealthy senator named Max Winter. Max is a recent widower and after a whirlwind romance, the young woman becomes his new fiance. She moves into his secluded mansion and enters a life of luxury that she has never known, but finds herself haunted by the memories of Rebekah, Max's first wife. If this wasn't stressful enough she also has to deal with Max's daughter, Dani, who isn't taking too kindly to the new woman in her father's life. Although The Winters has the same central themes as Rebecca it also has a few plot twists of its own to keep readers familiar with the original tale guessing. 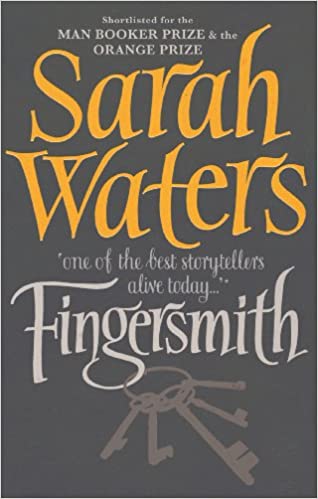 Fingersmith by Sarah Waters is a suspense-filled novel set in the Victorian era and starring an orphan named Sue Trinder. Sue is raised by a woman named Mrs. Sucksby and her "family" of petty thieves in the slums of London. Her life changes when she takes part in a con to work as a lady's maid where her task is to convince the lady to marry another con artist. Success would mean a slice of the wealth, but the last thing Sue expected was to fall in love while on the job. Just like Rebecca, Fingersmith features a large, creepy mansion and characters who have to deal with dark secrets from the past.

We Have Always Lived In The Castle 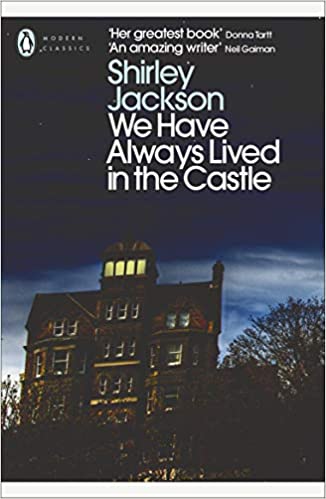 We Have Always Lived In The Castle by Shirley Jackson was published in 1962, just three years before her death, and is not only her final book but also considered by most readers to be her best. Although shorter than Rebecca it shares a lot of the same Gothic quality as du Maurier's work and also has a house haunted by the past. The story is told from the perspective of Mary Katherine Blackwood, or Merricat as the eighteen-year-old is also known. She lives in a Vermont estate with her sister and uncle where they are isolated from the rest of the village who treats them with hostility. The reason for this is a family tragedy that took six years before the events of the novel. Things take a turn for the worse when an estranged cousin named Charles arrives one day for a visit. 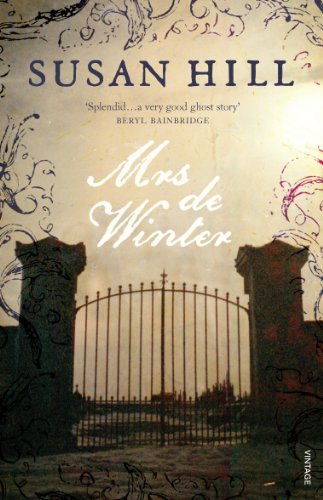 Mrs de Winter is a 1993 novel by Susan Hill, which was written as the direct sequel to Rebecca. Because Rebecca is such a beloved novel the release of Mrs de Winter caused a lot of mixed reactions, but many readers embraced the story. It continues directly after the events of Rebecca and sees a tormented Maxim de Winter fleeing to England with his second wife after what happened at Manderley. They intend to start anew, but quickly discover that the haunting is not over yet and Rebecca is still a presence in their lives. Susan Hill did her best to not only stay true to the style of du Maurier but also remain faithful to the characters. 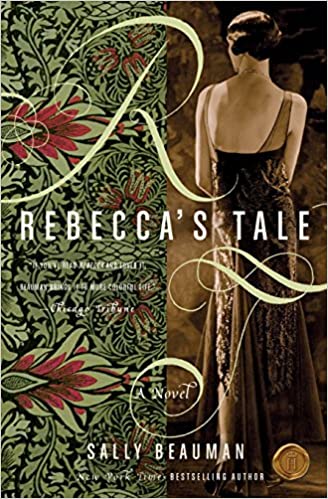 Rebecca's Tale by Sally Beauman is another story that serves as a sequel to Rebecca. However, this 2001 novel is the only one that is officially approved by the Du Maurier estate. Rebecca's Tale is set about twenty years after the death of Rebecca and sees former magistrate Colonel Julyan and his daughter Ellie trying to uncover the truth about her. The novel has been very popular with fans of Rebecca even though it reinterprets some of du Maurier's characters in different ways. Rebecca's Tale also features a section written as Rebecca's journal from shortly before she died, which is of particular interest to fans of the original story. Although Rebecca's Tale summarizes the events from the original novel and can be read on its own, it still works best when read as a sequel. 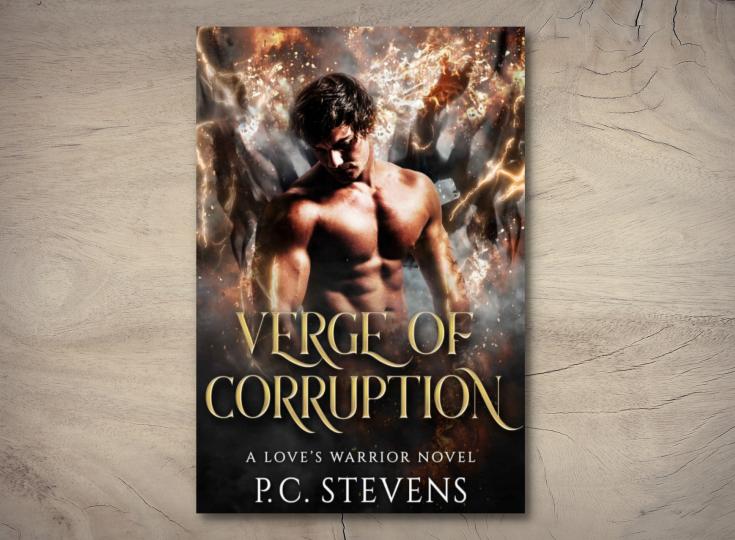 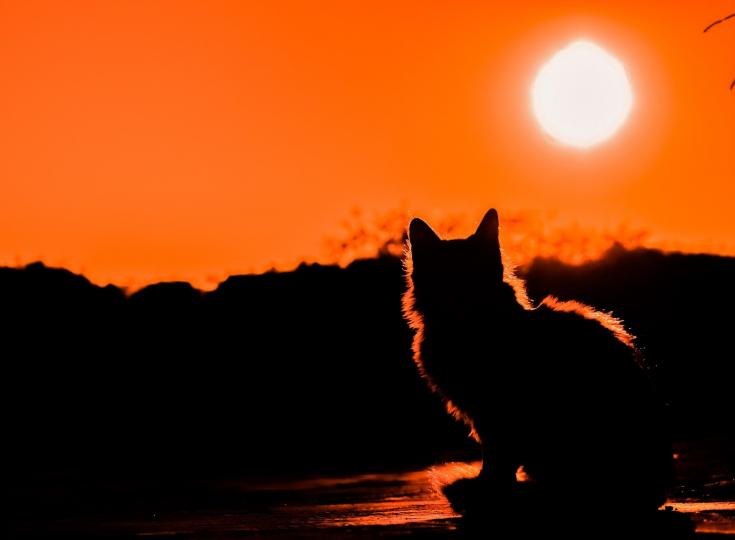 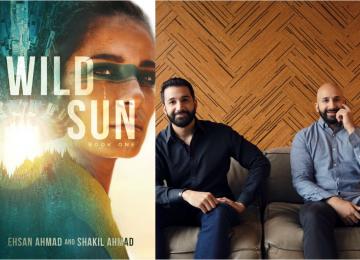 Ehsan Ahmad & Shakil Ahmad - A Thrilling Science Fiction Adventure
FEATURED AUTHOR - Ehsan and Shakil Ahmad simply love the art of storytelling—as audience or creators. It’s a passion they’ve shared since their childhood, growing up in New York City as the first-generation American children of immigrants from Pakistan. At first, this passion drove the brothers in different directions in life. For Ehsan, it meant traveling across four continents to meet the people of countless cultures and hear their stories firsthand. For Shakil, it meant seeking a deeper understanding of human… Read more