Books Like The Handmaid's Tale
Posted on 11th of June, 2019 by Naomi Bolton 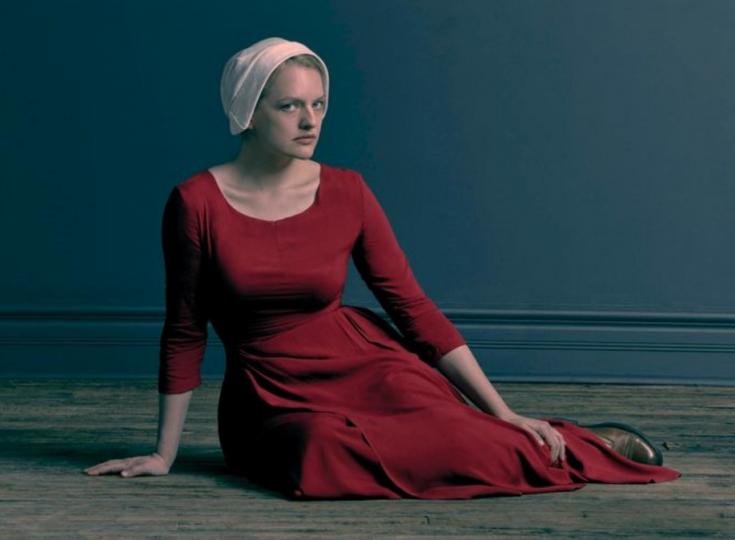 Canadian author, Margaret Atwood, released her dystopian novel, The Handmaid's Tale, in 1985 and since then it has not only been well received, but also fiercely debated. The story not only deals with a bleak future for humanity, but also the implications of what would happen if the world reverted to a patriarchal. Readers get to experience this horrifying future through the eyes of Offred, who is a Handmaid that has been assigned to serve a "Commander" and his wife. In addition to describing the bleak totalitarian and theocratic Republic of Gilead, which replaced the United States of America, the novel also uses flashbacks to explain how it rose to power. The popularity of The Handmaid's Tale has seen the novel receiving film, radio, stage and television adaptations. The author has stated that a sequel will be released late in 2019, but until then, here are a few more books like The Handmaid's Tale to tide you over. 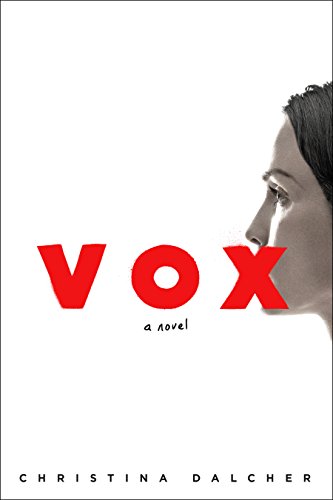 The Handmaid's Tale is a book about women losing their rights and voice, which is also a theme that Vox explores in an even more literal manner. It begins with a government decree stating that women can only use one hundred words per day, which is a drastic step considering that the average person makes use of sixteen thousand words a day. This then escalates to women not being allowed to work and girls no longer being taught to read or write. While the theme of Vox is very similar to The Handmaid's Tale, this debut novel by Christina Dalcher also features its own unique elements. 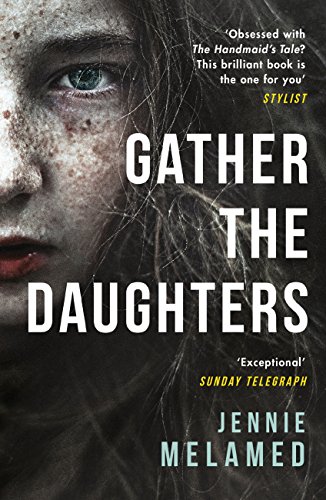 Gather the Daughters is a dark and disturbing tale of an isolated island with its own strict rules for females. While the males grow up to be in charge all the girls have in store for them is marriage and pregnancy as soon as they reach a certain age. However, during the summer, children are left to run free on the island and fend for themselves. It is during one of these periods that one girl sees something that could their world forever. 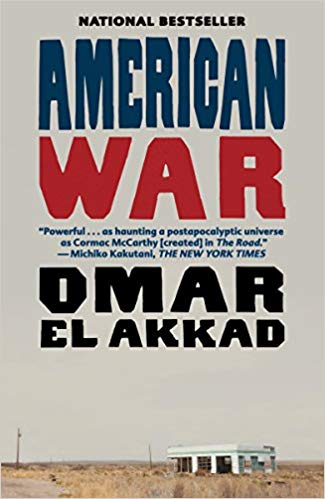 American War is a bleak look at a future where a new civil war has erupted in the United States. It's not just the South against the North either, as climate change has also devastated the country. Famine and plague are very real dangers to society and most people end up in vast refugee camps. However, despite the setting and title, American War does not focus on the war itself, but on the consequences for a family who are just trying to survive. The protagonist of the story is a six year old girl, named Sarat, and seeing this frightening new world through her eyes makes it even more compelling. 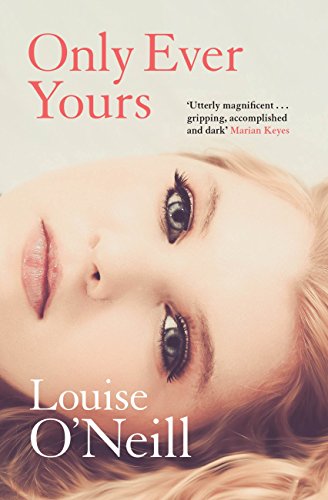 In this gripping debut novel by Louise O'Neill, girls are only seen as products, which means they are not even important enough to have their names begin with capital letters. The protagonist of this tale is isabel, a girl who along with her peers receive continual indoctrination to believe that appearance is more important than anything else. What makes this dystopian novel even more haunting is the fact that the story is something that could come true if society is not careful. 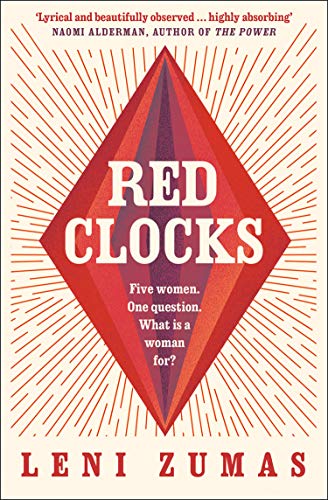 Red Clocks by Leni Zumas is often compared to The Handmaid's Tale because if follows a similar dystopian future. The protagonist is a single high-school teacher, named Ro, who would love nothing more than to become a mother. However, she finds herself in reality where abortion is not only illegal in all of the states, but in vitro fertilization is banned too. It's a frightening world for women and the fact that it is so plausible makes the book even more disturbing. 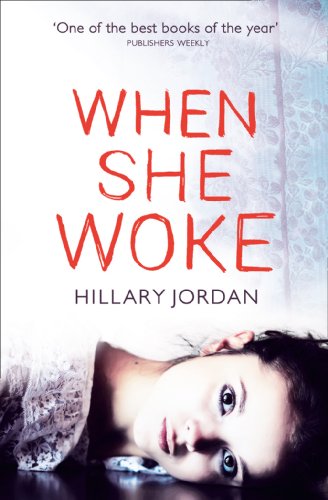 When She Woke by Hillary Jordan is another dystopian thriller that not only draws inspiration from current political issues, but also The Handmaid's Tale. The protagonist is a woman named Hannah Payne, who like all people deemed criminal in this future society, has had her skin genetically altered to match her so-called crime. In her case, Hannah has been marked red because the state of Texas considers her to be the murderer of her unborn child. To make matters even worse, her every move is now broadcasted for millions of others to watch as entertainment. This leaves Hannah no choice, but to desperately fight for her freedom.

Future Home of the Living God: A Novel 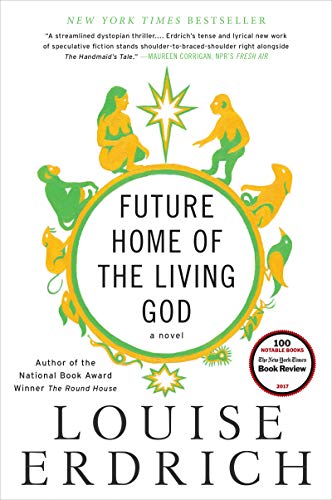 Future Home of the Living God is a novel that is set in a future where evolution appears to be running backwards and there is seemingly nothing that can be done about it. The protagonist is a 26-year old woman, named Cedar Hawk Songmaker, who watches helplessly as women continue to give birth to humans that appear to be of a more primitive species. This terrifies Cedar as she is pregnant herself and the collapse of society is beginning to have a terrible impact on the rights of women. There are rumors of pregnant women being confined by Congress and of rewards for people who turn in women named in a registry. Amidst all this chaos, Cedar attempts to find her birth mother in an attempt to understand her own origins and that of her baby. 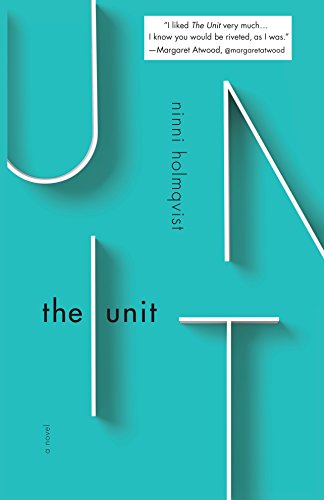 The Unit by Ninni Holmqvist takes a different approach to dystopian fiction, but this doesn’t make it any less compelling. It is the story of Dorrit Weger, a woman who is checked into the Second Reserve Bank Unit for biological material. She is part of a group of women who are over the age of fifty who are single, childless and employed in industries that are not seen as progressive. These are all factors that make her and the others outsiders in the view of society. The penalty for people like her is having to submit to drug and psychological testing while eventually donating their organs until it kills them. In return, the Unit takes good care of them and Dorrit is resigned to her fate until she falls in love with a man who is also housed in The Unit. 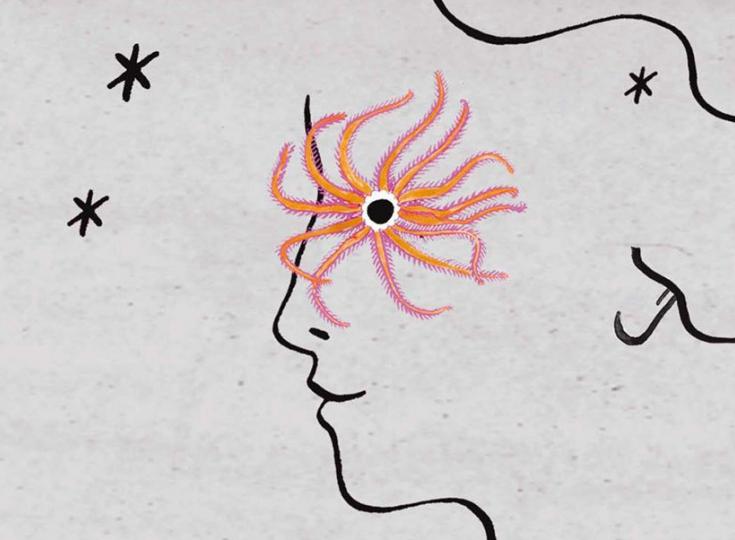