Books Like The Stolen Kingdom
Posted on 23rd of December, 2022 by Naomi Bolton

The story of Aladdin is just one of the many originating from The Book of One Thousand and One Nights. Despite not actually being one of the original stories from the book but one that was added later, it is one of the most well-known tales and has spawned numerous adaptions, most notably by Disney. The story has enthralled readers with its magical lamp, wishes, genies, and street urchin who fell for a princess. Over the years, there have also been many authors who put their own spin on the story. For example, The Stolen Kingdom by Bethany Atazadeh is an Aladdin retelling where the princess takes center stage in the adventure. For more stories with a unique take on Aladdin, check out the following books like The Stolen Kingdom. 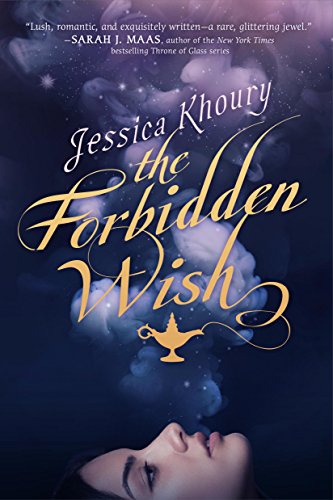 The Forbidden Wish by Jessica Khoury puts a new spin on a familiar story by telling it from the viewpoint of a Jinn named Zahra. When Aladdin discovers her lamp, she is thrust into a world she hasn’t seen in hundreds of years. Even worse, it is a world where magic is forbidden, and even her existence is illegal. Nevertheless, while she waits for her new master to select his three wishes, Zahra uses ancient shape-shifting magic to disguise herself. But then, when an opportunity arises for Zahra to be free of her lamp forever, she discovers that she is falling in love with Aladdin, and saving herself would mean betraying him. 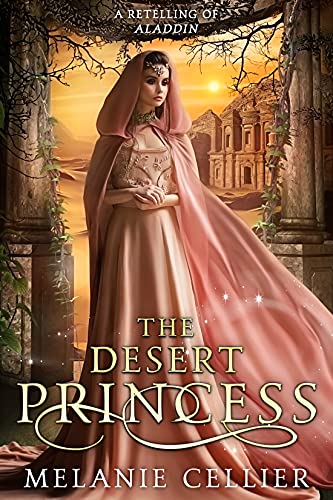 The Desert Princess is the third book in the Return to the Four Kingdoms series of novels by Melanie Cellier. The series features retellings of popular fairy tales, and this book is a reimagining of Aladdin. The protagonist, Cassie, lives in her uncle’s remote forest estate but jumps on the opportunity to meet the great spymaster, Aurora, and prove her own worth by gathering intelligence. Unfortunately, her plans fail, and she ends up living on the streets in a distant city. However, when danger begins to brew, Cassie finds herself having to navigate treasure caves, palaces, and a magic lamp in an effort to rescue herself and save four kingdoms. 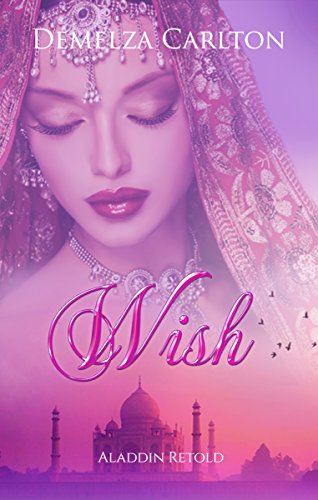 Wish is part of the Romance Medieval Fairytale series by Demelza Carlton. This retelling of Aladdin stays closer to the source material than many other stories but still has plenty of unique twists of its own. The Sultan’s daughter, Maram, is not a typical spoiled princess but instead has to pay for the sins of her mother. She works as a courtesan for her father but falls for a street rat named Aladdin after a chance meeting. Aladdin vows to make Maram his wife, no matter what it takes, but when he steals a magic lamp with a genie inside, it doesn’t solve all his trouble as he thought it would. 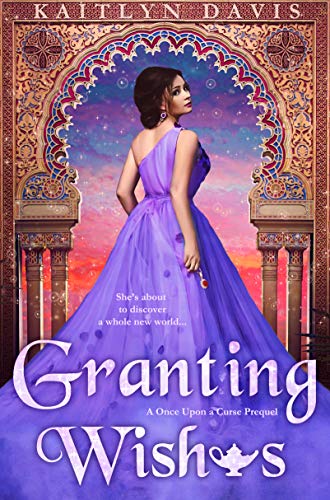 Granting Wishes is an Aladdin Retelling by Kaitlyn Davis and part of her Once Upon A Curse series. In this fantasy romance, a woman named Alanna plummets into a secret underground cave while rock climbing in Yosemite National Park. Her life is saved by a mysterious man named Erick, who then tells her that his magical world is merging with earth. Alanna is reluctant to believe him until he shows her a vision of her brother being held captive. This prompts Alanna to team up with Erick to save her brother from a decrepit sorcerer king. However, when a handsome prince becomes involved, Alanna isn’t sure who she can trust in this foreign land. 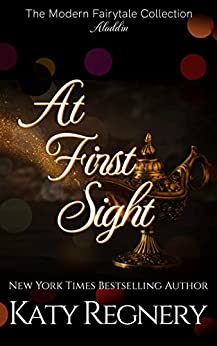 At First Sight by Kay Regnery is a modern spin on the story of Aladdin featuring Ian Ladd, a street rat from the back alleys of Limerick. Ian falls in love with the beautiful Italian princess, Valentina Yasmina DaMedici, when she attends a play of Romeo and Juliet in which he stars. The unlikely pair ends up spending the night together as the princess gets to see Ian’s world. But, unfortunately, their circumstances see them ripped apart for many years before their paths cross again. In the meantime, their lives change drastically, but they hold on to the unforgettable night they shared so long ago.

Queen of the Sun 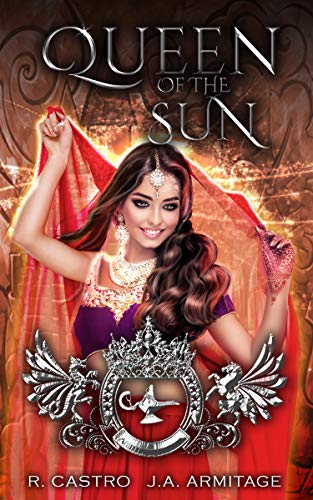 Queen of the Sun by J.A. Armitage and Rose Castro is the first book in the Kingdom of Fairytales Aladdin series. The story is set eighteen years after the events of Aladdin and stars his daughter, Gaia, who is eager to continue ruling Badalah alongside her parents. However, when she notices that something unusual is unraveling across the lands, her parents are unwilling to believe her. Instead, they are more interested in her entertaining suits for marriage. Fortunately, Genie, her father’s best friend and confidant, agrees with her. 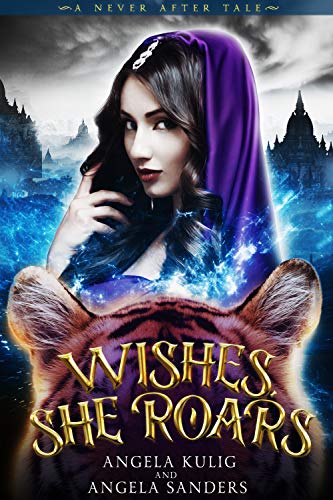 Wishes, She Roars by Angela Kulig and Angela Sanders is a dark and twisted Aladdin retelling. The heroine, Princess Cyra, doesn’t need Aladdin’s wishes to save her kingdom and seeks to root out the evil inside her country by herself. Cyra will do anything to accomplish this, even if it means giving up everything she has and never marrying or finding love. Unfortunately, Aladdin refuses to believe that Princess Cyra does not need saving and tries to do so anyway. 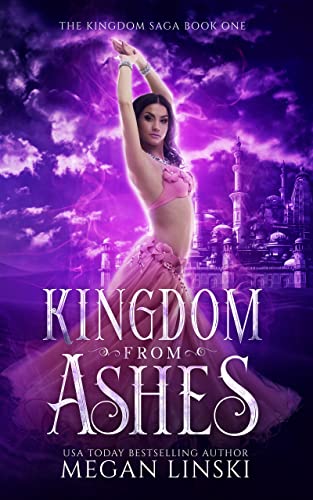 Kingdom of Ashes by Megan Linski is the first book in The Kingdom Saga and tells the story of Princess Bennua. She was sold off to a cruel king on the outskirts of a desert before being stolen away to the Raider Prince’s city of darkness and enchantment. Her kidnapper is a roguish killer and king of thieves, and under his care, she learns to fight, steal and rule. However, she discovers that her kingdom is in danger, and the price for saving it would be giving up everything she’s become and relinquishing her freedom forever. 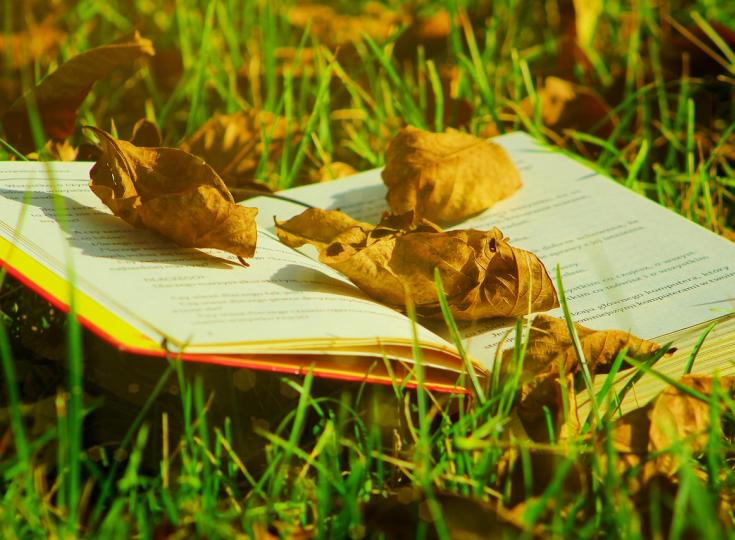 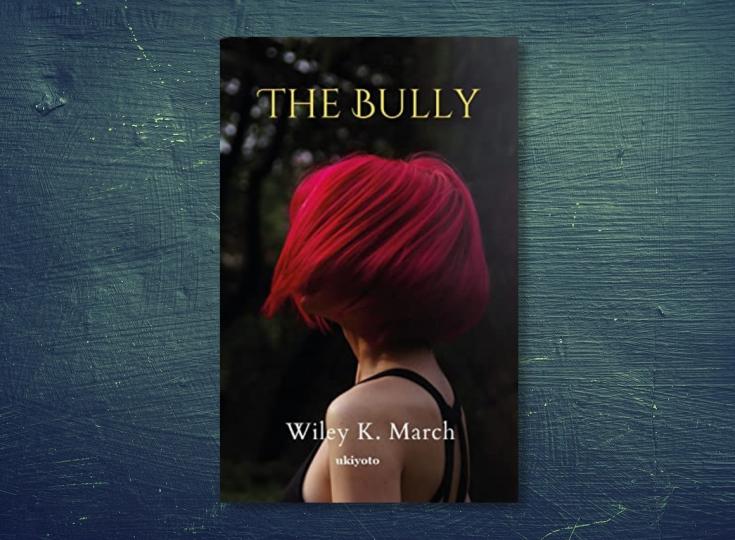 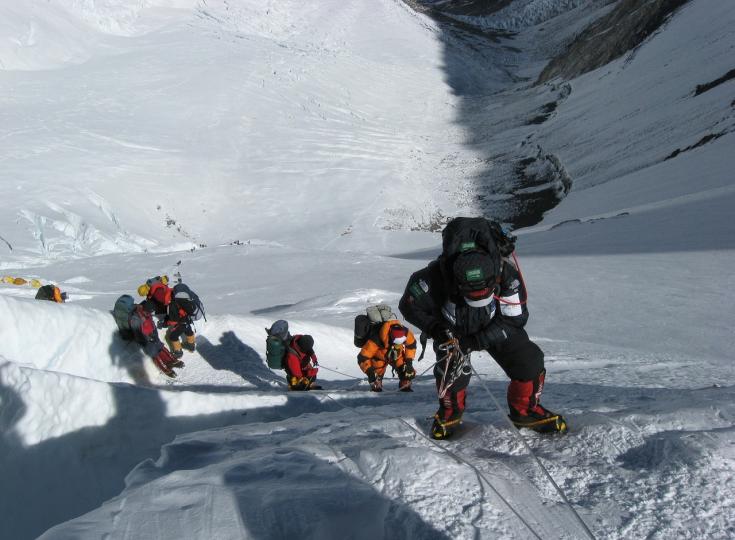 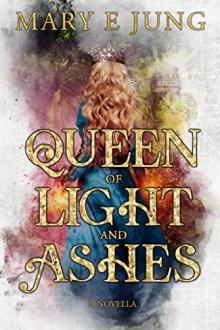 Queen of Light and Ashes 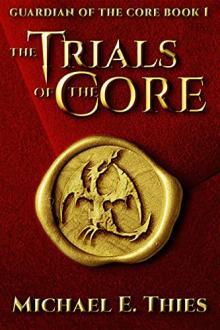 The Trials of the Core

The Trials of the Core
by
Michael E. Thies
Download Read more