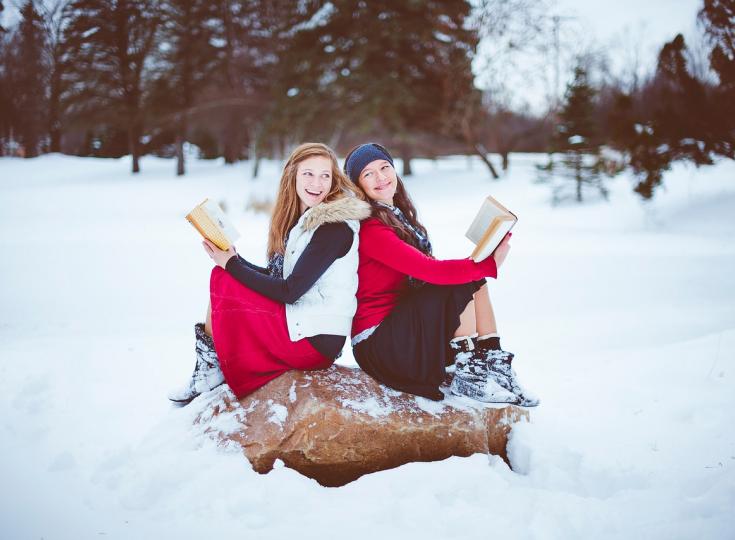 If January is anything to go by, then 2019 is going to be a great year for readers. There are already plenty of stellar books out for all genres and plenty more to come this year. If you have no idea which books to get next, then take a look at all the options below. These are the books for each genre that were featured in our newsletter in January 2019, which were enjoyed most by our readers.

A Perfect Mess
by Zoe Dawson 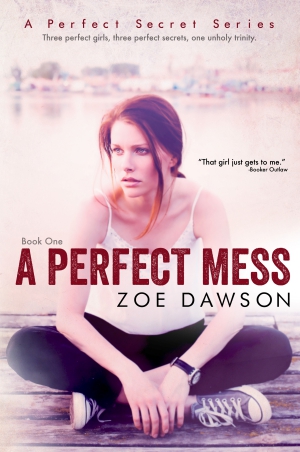 If you love romance and can't get enough of bad boys, then A Perfect Mess by Zoe Dawson will hit you with a triple whammy. The stars of this book are Aubree Walker, and one of the aforementioned bad-boy triplets, Booker Outlaw. Aubree has a secret that haunts her past and Booker is the only one that knows about it. When something happens to her beloved aunt, Aubree is forced to return to home for the first time in months where she will also discover whether or not Booker can be trusted to keep her secret safe.

Chase Baker and the Vikings' Secret
by Benjamin Sobieck 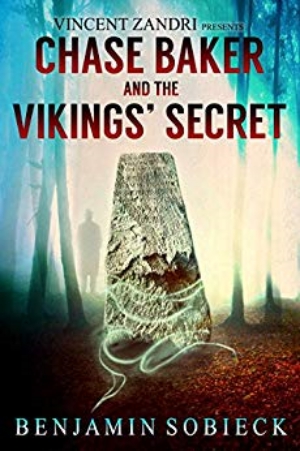 Chase Baker and the Vikings' Secret is the fifth book in the Chase Baker thriller series and it is every bit as action packed as the rest. What makes it so unique is that Benjamin Sobieck has taken the reigns for this book, instead of Vincent Zandri, but he definitely does the character justice. This time Chase is is pursuing proof that Chinese explorers may just have been in the Americas long before Christopher Columbus. His search takes him to a desolate area in Minnesota, but the adventure quickly becomes a fight for survival as Chase has to deal with everything from Neo-Nazi's to a mythical creature called the Wendigo. 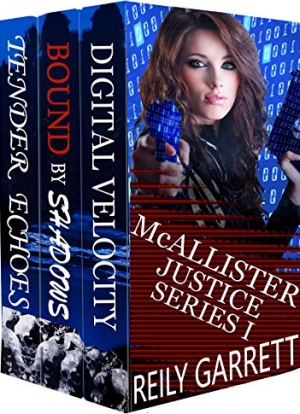 Why set for just one mystery and thriller book, when the McAllister Justice Series Box Set features three reasons to stay on the edge of your seat. This set is the perfect introduction to the McAllister Justice series as it contains the first and second book as well as the short story prequel. The first book is about a serial killer who proudly displays his work on the Dark Net, while the second deals with a woman who escapes from a kidnapper, but is determined to find and help his other victim. Finally, in the prequel book, readers get to know one of the major characters of the first book a little better. One thing that all three books have in common is that they feature enough mysteries and thrills to satisfy even the most die-hard fans of the genre. 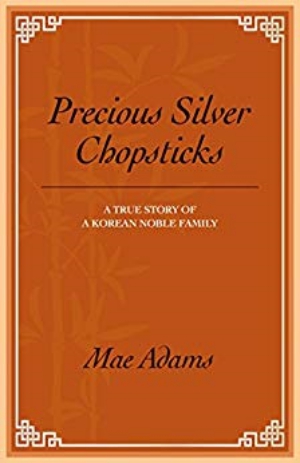 This biography by Mae Adams about her life contains everything that fans of the genre could ever want and more. It is the true tale of being born the unwanted second child in a Korean family. Fortunately for Mae, her grandparents raised her with the love that she didn't get from her parents. She barely escaped North Korea before the war broke out and went on to receive a Japanese education in South Korea before eventually attending college in America. Along the way she faced plenty of trials and tribulations that shaped her life and makes for a fascinating read.

Del Ryder and the Crystal Seed
by Matthew David Brough 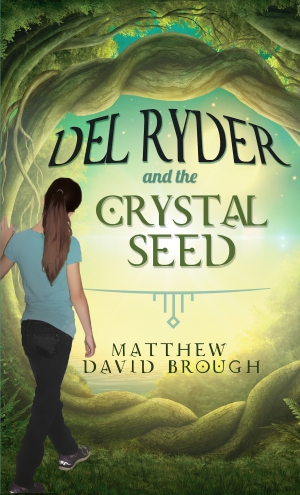 Del Ryder and the Crystal Seed is not only a great children’s book, but also a story that can suck in readers of all ages. It is about an ordinary eleven year old girl named Del Ryder, who stumbles into something wondrous along with her three best friends. The group finds themselves in the mystic world of Azdia where they are seen as the long awaited chosen ones by some of the local inhabitants. However, the four friends are skeptical about being able to prevent the darkness that is spreading across the land, but it could be the only way to return home.

Xor: The Shape of Darkness
by Moshe Sipper 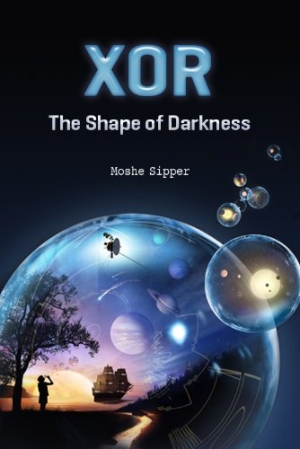 If you think that you have problems, then spare a thought for Lewis Nash, the protagonist of Xor: The Shape of Darkness. Instead of being a joyous celebration, Lewis returns from school on his twelfth birthday only to find his house blown up and his father killed in the explosion. His mother already passed away a few years earlier, but Lewis barely has time to register that he is now an orphan, before he is attacked by a fearsome wolf-man. From there things spiral even further out of control for Lewis as he discovers that he is actually a Shaper from a place called Xor and that he might just be the only one that can save it. 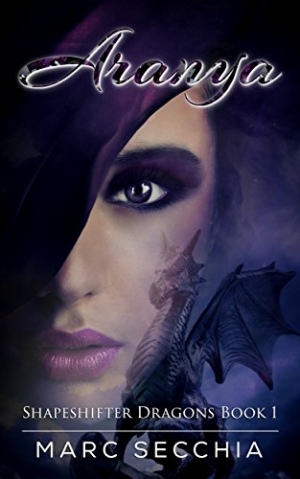 Being tossed off a cliff while chained to a rock sounds pretty final, but for Aranya it is just the start of her epic fantasy adventure. The reason for her execution, carried out by her boyfriend no less, is high treason against the Sylakian Empire. The Sylakians are on a mission to conquer pretty much the whole world, but getting tossed off a cliff by them is a blessing in disguise for Aranya as it allows her to discover her true self. The fact that it just happens to be that of a dragon shapeshifter is even better. Aranya is the first book in the Shapeshifter Dragons series, which is a must read for fans of dragons and fantasy.

Meant for Me
by Lyn Cote 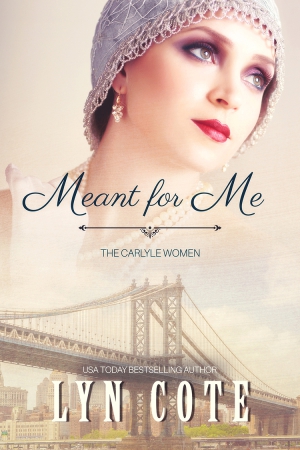 Meant for Me is set during a time when America has just entered the First World War, a difficult and turbulent period in history, especially for women. The protagonist of this gripping tale is Chloe Kimball, born and raised on a plantation where her manipulative parents sought to turn her into the perfect Southern lady for their own ambitions. However, Chloe manages to break free and set out for New York City, which is a world away from the life that she was used to. Unfortunately, just as Chloe finds her footing and turns into the independent woman she never thought that she could be, circumstances change for the worse and she has to return home. Meant for Me is the first book in the 4 book Carlyle Women series and it is a treat for all fans of historical fiction. 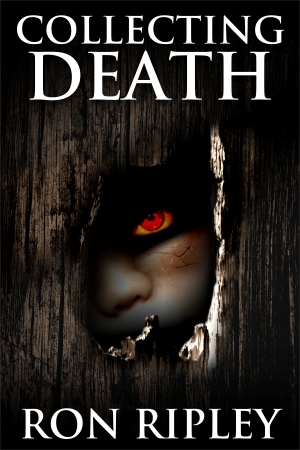 Collecting Death is a spine chilling horror about haunted objects that will make you think twice about buying seemingly innocent porcelain dolls, teapots or even teddy bears secondhand. In this disturbing tale a man named Stefan Korzh has his life ruined thanks to the possessed items that his parents collected. When his parents die, Stefan sees the opportunity to inflict pain and suffering on other unsuspecting people by selling the haunted items to amateur collectors. One of the people who suffer as a consequence of Stefen's actions is Victor Daniels, who then teams up with a paranormal expert when he discovers what he is up against.

Her Hero To Love
by Debra Salonen 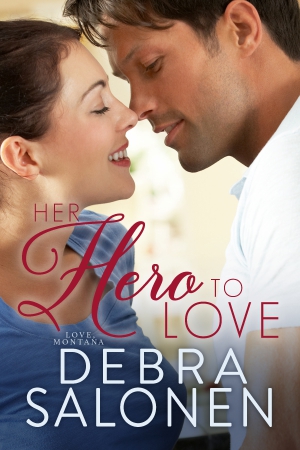 Flynn Bensen is a forest firefighter who discovers the hard way that you can't save everyone in this book by Debra Salonen. Although he isn't to blame, Flynn is still haunted by his inability to save a woman during his last wildfire rescue. This prompts him to attempt a fresh start as head of a Search and Rescue team in Montana. Despite his best efforts, Flynn finds himself attracted to one of the dispatchers, a single mother named Kat. However, Kat has problems of her own and a relationship is the last thing on her mind, or so she thought. Her Hero is a great book for readers who enjoy complex characters who have a lot of depth. 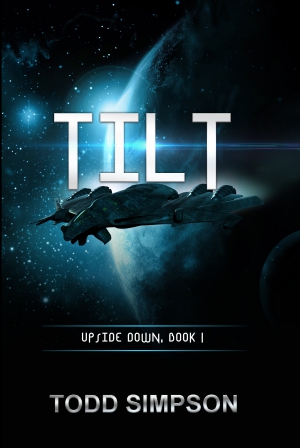 Artificial intelligence has always been a popular topic amongst science fiction authors as well as fans of the genre, but Tilt approaches the topic from a fresh perspective. The protagonist of the story is a scientist named Ayaka who believes that she may have created the first ever true artificial life. However, as is expected from a gripping science fiction yarn, things are not as the appear to be. Not only is this artificial life very strange, but a ship that is full of similar entities then arrive in orbit, which doesn't make any sense to Ayaka. It is a gripping tale that plays out in a thought-provoking manner, so science fiction fans who have yet to try out the Upside Down series are in for a treat. 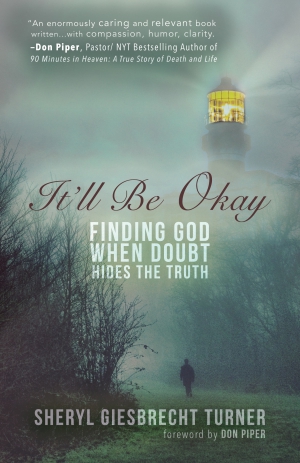 It'll Be Okay is a book that struck a chord with Christians who felt like they were alone when it came to struggling with feelings of doubt. Sheryl Giesbrecht Turner wrote this book to prove that having doubt doesn't mean you are weak in your faith and can actually be overcome without turning to an unbelieving path. The author is a well-known Bible teacher and she uses her knowledge to tackle a tackle that most Christians face at some point in their lives. It is not just a book that is insightful, but also filled with a message of hope. If you are one of the people seeking biblical truths to help you overcome your doubts, then don't miss It'll Be Okay.