Books of the Month February 2022 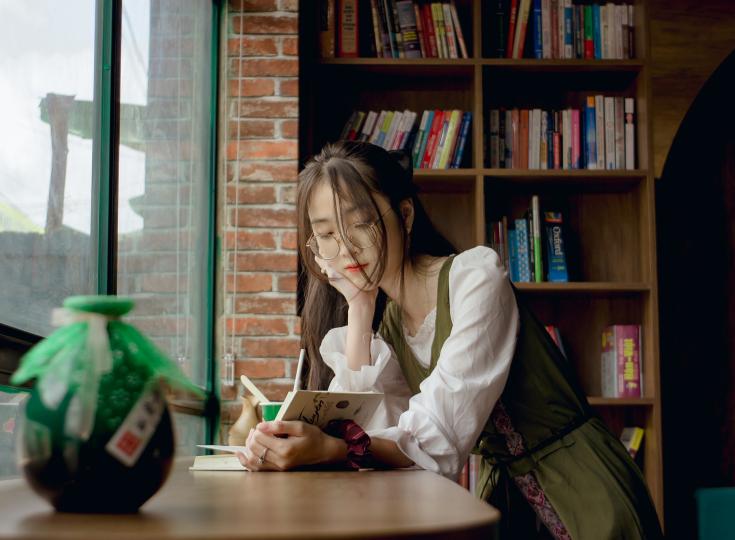 February is the month of love for many people, but there is still some time for a good book or two between all the chocolates and romance. So, for those curious about what stories captivated our readers the most, here are the books of the month for February 2022. 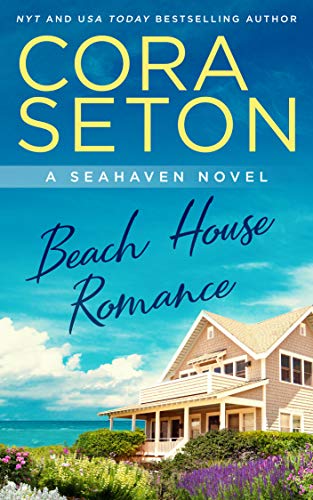 Beach House Romance by Cora Seton is the story of Emma Miller and Noah Hudson. Their lives couldn't be any more different as Emma finds herself broke, homeless, and stuck with debt that isn't even hers. On the other hand, Noah just sold his successful business and enjoys life as a newly minted millionaire. The two cross paths when Emma inherits her grandmother's rambling beachside bed and breakfast along with her sister, Ashley. Emma is furious when she discovers Ashley has sold their grandmother's garden to Noah, who is planning on using it as part of a luxury vacation home for his brother. Despite their attraction to each other, they both have wounds from the past to heal if they want to have a happily ever after. 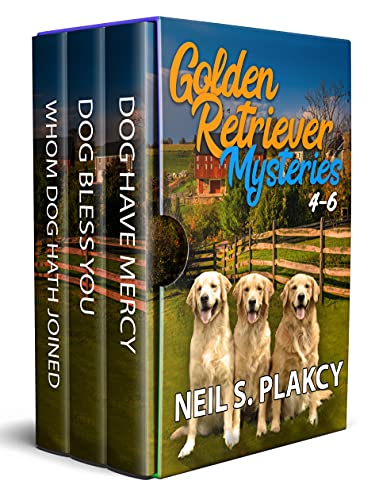 Golden Retriever Mysteries by Neil Plakcy features the fourth, fifth, and sixth books in the series. These are Dog Bless You, Whom Dog Hath Joined as well as Dog Have Mercy. These books feature a clue-sniffing golden retriever named Rochester getting into all kinds of adventures with his owner Steve. In Dog Bless You, Rochester uncovers a long-buried human hand at the site of Steve's new job, while in Whom Dog Have Joined, the duo becomes embroiled in a mystery with its roots in the Quaker efforts to help Vietnam war resisters. Finally, in Dog Have Mercy, Steve and Rochester help clear the name of an ex-con working at their vet's office. 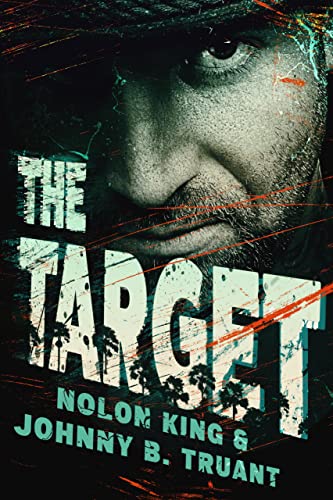 The Target by Nolon King features eight teams of assassins and one high-profile target, with the winner taking it all stakes. The target is Senator Simon Bisset, the creator of the social media platform, Float, who is also a shady dealer on the dark web. Brothers Emil and Robert are professional targets looking to get out of the game for good, and the hit on Bisset looks like it could be their retirement ticket. However, Emil hates Bisset more than anyone else, making him erratic. To make matters worse, the bounty's an open call, and the other teams of assassins won't hesitate to take out the competition.

I Survived To Tell 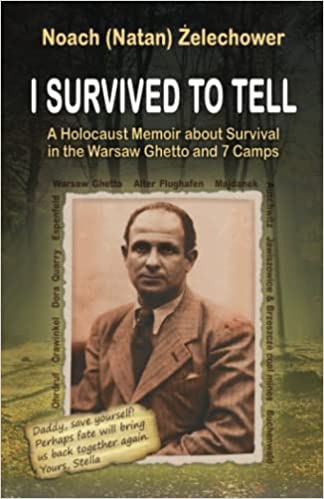 I Survived to Tell is the memoir written by Noach (Natan) Żelechower in 1946. His daughter Hana Cytron translated it from Polish to Hebrew, which her husband Stefan Cytron then translated to English. The memoir stretches from 1942 to 1945 and covers the hardships that Noach and many other Jews experienced during World War II. Noach was imprisoned in no less than seven concentration and extermination camps and also lost his first wife and daughter during this time. It is an incredible tale of resilience and a glimpse into a dark period in history that should not be forgotten. 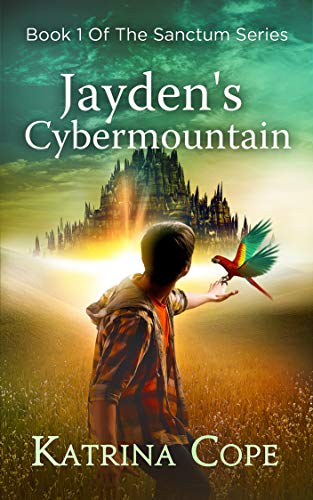 Jayden's Cybermountain is the first book in the Sanctum Series by Katrina Cope. It is an action-packed novel aimed at late middle grade to early young adult readers. The setting is a special school operated by an artificial intelligence while students learn how to build and use high-tech equipment. Jayden is one of the kids rescued from the streets by a strange man who gathers homeless teens for the mysterious school. Here he makes new friends and masters new skills while discovering more about the purpose of the school. 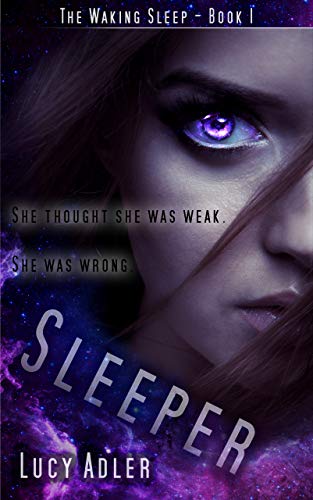 Sleeper is the first book in the Walking Sleep series by Lucy Adler. Daria Grayson is a sixteen-year-old who lives in The Great City of Progress. It is a place where sleep is restricted to only forty-five minutes per night, and school lasts twelve hours a day. Daria also has to deal with mandatory sports and mountains of homework. All of this is possible thanks to Sendrax, a little white pill that provides users with abundant energy and focus. However, when the miracle drug begins to fail for Daria, she finds herself feeling more exhausted every day and falling behind everyone else. She'd give anything to feel normal again but, in the process, stumbles into a web of shadowy lies and mind-blowing truths. 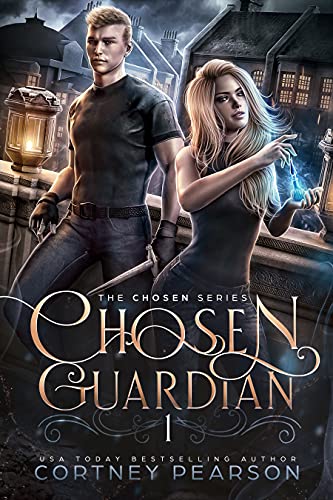 Chosen Guardian is book one in The Chosen series of young adult fantasy romance novels by Corney Pearson. It is set in an emotionless world where tears are a precious commodity sold on the black market for their magical properties. The story is told in the first person from the protagonist, Ambry, who becomes a target after finding a vial of enchanted tears. She aligns herself with a rogue soldier named Talon for survival who has dark secrets of his own. Ambry is determined to protect the tears from falling into the wrong hands because failure would mean that her people and their magic would be enslaved forever.

Born of the Sea 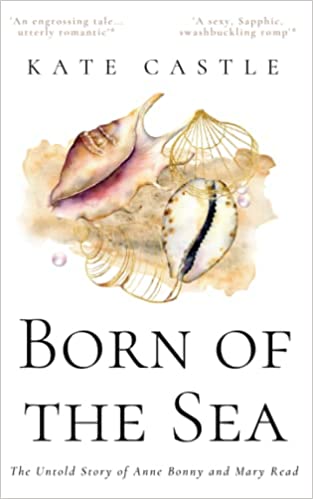 Born of the Sea by Kate Castle is a short novella that draws inspiration from the true story of Anne Bonny and Mary Read. Both were infamous 18th-century pirates during the Golden Age of Piracy. Anne Bonny joined Jack Rackham and his crew of pirates aboard their ship William for a life of adventure, but then she meets Mary Read, with who she forms a strong bond. 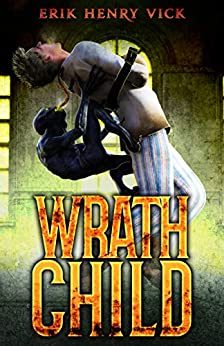 Wrath Child is the first book in A Rational Man Supernatural Thriller series by Erik Henry Vick. The protagonist, Gavin Gregory, is an FBI Agent from the Behavioral Analysis Unit. He matches the signature of a crime spree to that of a series of brutal murders he investigated ten years ago. Gregory fears that the murderer has returned and meets up with a psychiatrist from a New York mental hospital who claims she knows the killer's identity. Gregory is very skeptical of her tales of demonic possession, but her knowledge of things only the perpetrator would know intrigues him. However, when his wife is kidnapped, Gregory must embrace the supernatural unless he wants to risk losing her forever.

Where Fish Can Breathe 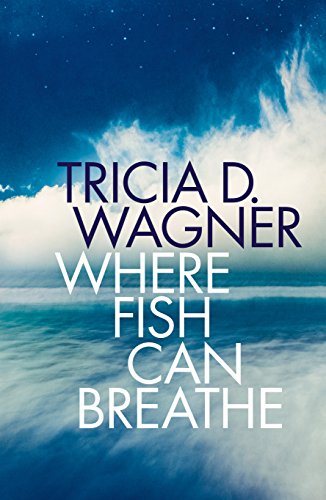 Where Fish Can Breathe is a poignant coming-of-age novelette by Tricia D. Wagner. Swift is a ten-year-old and the youngest of four brothers who long to feel a sense of belonging. Because he is different from his brothers or father, Swift struggles to find his place in his family. Finally, he sees an opportunity to prove himself to his siblings during a night fishing trip on their father's brigantine, the Regulus. During this trip, Swift has to summon the courage to face the wilds of the sea and learn what it means to be one of four brothers. 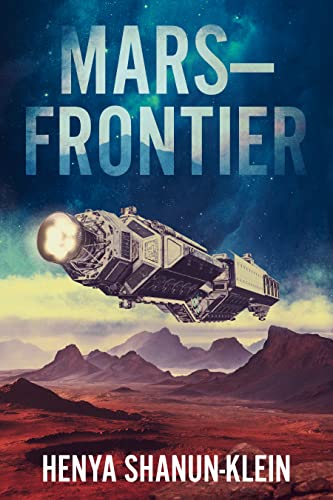 Mars - Frontier by Henya Shanun-Klein is set in the year 2069, after humanity sets out to explore the possible colonization of Mars. The space vessel "Phoenix" embarks on its journey to the Red Planet with Commander Joy Liore at the helm. The seven international crewmates confirm landing but then vanish without a trace. Doctor M. Tzuk, an expert interplanetary psychologist, is appointed by NASA to investigate what happened after all contact with Phoenix is lost. It is an investigation that will take her from Earth to the desolate surface of Mars. 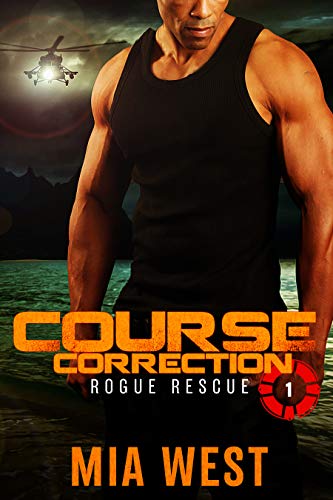 Course Correction is the first book in the Rogue Rescue series of steamy paranormal romance novels by Mia West. Nate Landry and Gil Espinoza have worked together for eight years without giving in to their feelings. Nate is a seal shifter and the leader of a covert unit of rescue swimmers who has been playing it safe until the recent closure on a colleague's death has him recalculating his own trajectory. Espinoza is a chopper pilot who has had a thing for Landry for years but kept his distance after being passed over in favor of a fellow shifter. However, things change when Nate decides to shake things up, and both he and Gil end up bound for uncharted waters.

The Science of Self Talk

The Science of Self Talk by Ian Tuhovsky is all about rewriting the script when it comes to internal communication. Tuhovsky is a mindfulness expert that covers everything from the impact of negative self-talk and getting to know yourself to turning down the volume on your self-talk in this book. It also includes topics related to learned helpfulness, creating the right circumstances for motivation, and much more. This makes it ideal for anyone who would like to improve the way they see themselves and how others perceive them.