With two-thirds of the year already in the rear-view mirror, September is always a month to reflect on what has happened and look forward to what is still to come. The end of the year is once again looming large on the horizon, but there’s still plenty of great books to read on the way. So here are the books of the month for September 2021 that our readers chose to keep them entertained. 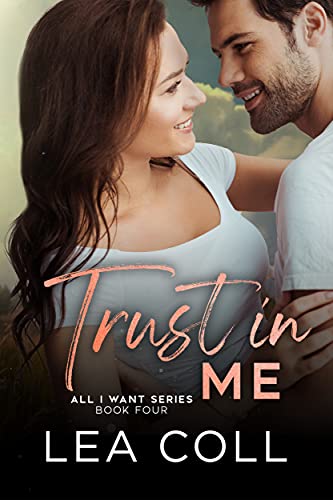 Trust In Me is part of the All I Want series by Lea Coll. It is a fake relationship romance between a history professor named Sawyer and a local newspaper reporter named Stella. When Sawyer asks Stella to accompany him to a charity dinner to boost his reputation on campus, she agrees, even if he is not her type at all. Against all odds, Stella finds herself falling for the quiet, smart professor, but trouble arises when she becomes involved in a story that could cause problems for Sawyer’s career.

The Ghosts of Mao 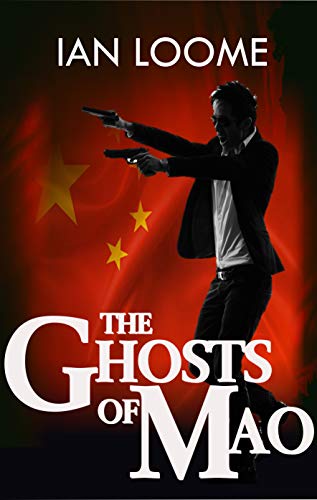 The Ghosts of Mao is the second novel in the Joe Brennan series by Ian Loome. Brennan is a CIA Black Ops specialist whose latest assignment sees him sent after a lethal sleep cell of Chinese assassins. Along with his Chinese counterpart, Daisy Lee, Brennan has to find and stop the assassins while also staying alive in the process. This novel has a gripping storyline along with plenty of intense action scenes to keep readers hooked. 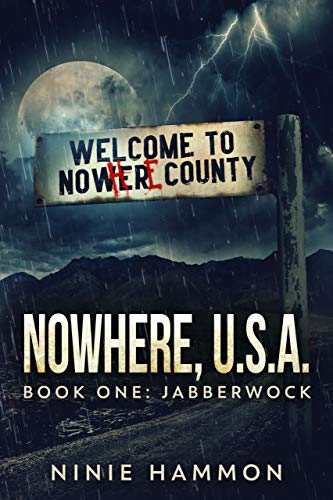 The Jabberwock is the first book in the Nowhere, USA series by Ninie Hammon. It features a county named Nower, which is hit by a bizarre storm that blows through the Appalachian Mountains. Not only does the outside world forget that the county ever existed, but those in out are unable to leave. Anyone who tries to escape through the shimmering mirage on the county line wakes up in the Dollar General Store parking lot with a blinding headache, gushing nosebleed, and no recollection of what happened. This novel is not just a great thriller about the abnormal events happening in Nower, but also the people who live there.

I Wish I Were A Cow 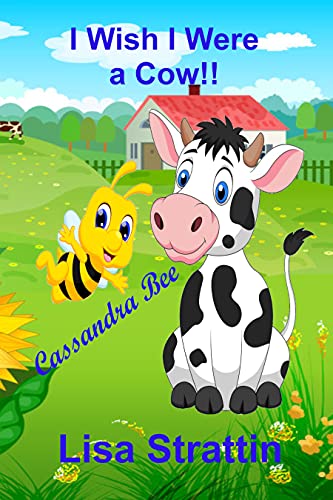 I Wish I Were a Cow by Lisa Strattin is part of the Cassandra Bee series starring a little bee who likes to go on adventures. It is a short book aimed at children who think that their life might be better if they could only be different in some way. In this book, Cassandra Bee thinks that cows must have more fun thanks to their ability to moo, but then she meets with some cows who have another perspective entirely. 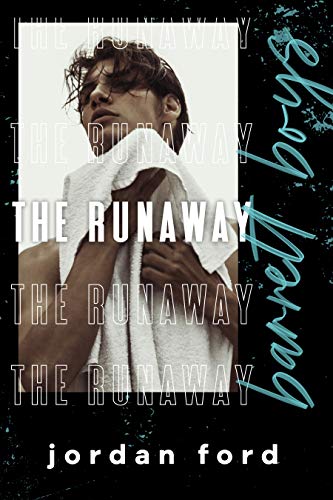 The Runaway is the first book in the Barrett Boys series of young adult novels by Jordan Ford. It is the story of Michael, a runaway thief, and Annie, a young woman working in a small town family diner. Michael tries to leave his life of crime behind but is shot in the process and ends up at the diner where Annie works. However, instead of calling the cops, she ends up helping him, and he discovers that she also wants to escape from her evil stepfather. Michael knows that he should leave before his past catches up with him but is torn between his safety and helping Annie reach somewhere safe with her little brother, who she is determined to protect. 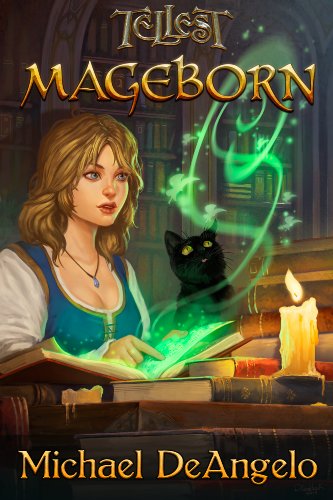 Mageborn is the first novel in the Ancestral Magic series by Michael DeAngelo. This fantasy story features a woman named Adelia Kreegan, who is summoned to Forsynthia by the master sage, Gaston Camlann, when she first displays her magical powers. Although Adelia is untrained, the wizard takes an interest in her and helps her hone her gift. However, while she is busy developing her arcane reflexes, Forsynthia falls in the crosshairs of an assassin bent on sowing chaos and unrest. Adelia is not just tasked with rooting out the assassin but also has to deal with a hungry dragon that has ventured too close to the city. 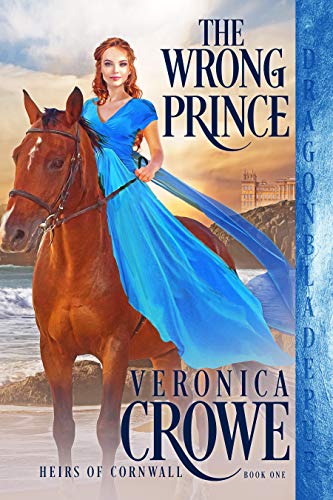 The Wrong Prince is a historical fiction romance by Veronica Crowe and the first novel in her Heirs of Cornwall series. Since she was just a little girl, Miss Cassandra Carlyle has loved the Marquess of Sunderland, Richard Christopher Radcliffe. However, Cassandra is left heartbroken when he returns with his betrothed in hand. To take her mind off the situation, she asks her family to take her to London, where she soon finds herself with an impressive list of eligible suitors. It is up to Cassandra to figure out if her newfound popularity will cause Richard to take notice finally or if she will find love where she least expects it. 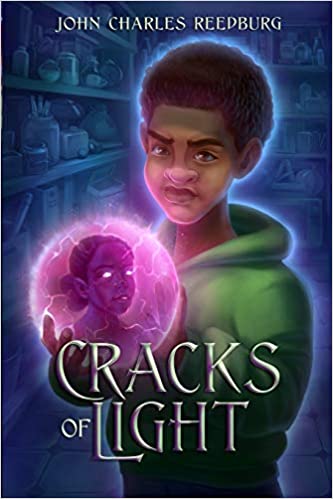 Cracks of Light is an urban fantasy horror story by acclaimed screenwriter John Charles Reedburg. The protagonist is a nine-year-old boy named Demetrius who is growing up in a broken home. When “The Light” speaks to Demetrius, he doesn’t tell his bipolar mother what he has seen and instead befriends the supernatural entity. It ends up taking Demetrius to “The Other Side,” which is a metaphysical realm where he not only meets his ancestors but also learns how to cope with the issues in his life, such as childhood trauma, domestic abuse, and mental illness. 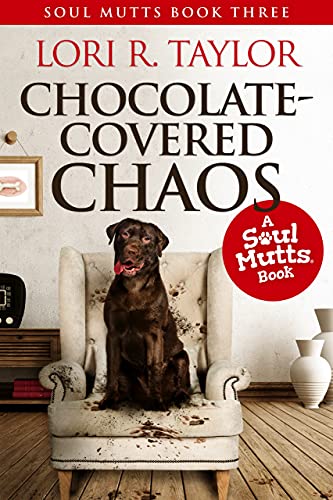 Chocolate-Covered Chaos is the third novel in the Soul Mutts series by Lori R. Taylor. Nick Marshall is a single father who struggles with PTSD while raising his stepdaughter Chloe and her younger half-sister Abby after the death of his wife. In addition to Chloe having trouble at school, Nick also has to deal with the prospect of losing custody of his daughter thanks to interference by her meddling aunt and deadbeat biological father. Out of desperation, Nick brings home a dog named Max from the Pretty Paws Shelter, and while the girls quickly bond with its playful enthusiasm, it also leaves chaos in its wake. 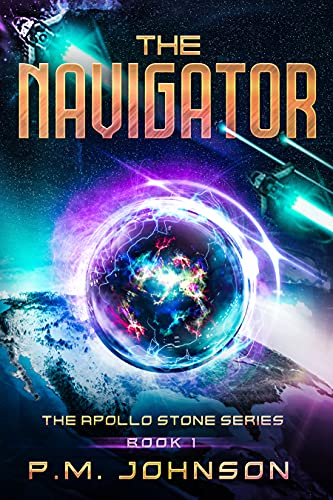 The Navigator by P.M. Johnson is set in the devastating wake of a meteor that struck Earth in 2031. Over one hundred years after the event that caused billions of deaths, new societies have formed around the globe. North America exists as independent nations and city-states, but the fragile peace between them is under threat by the ambitious Grand Guardian of the People’s Republic of America. He dreams of reunifying the country by force, but then secrets from the past emerge that could doom or save all of humanity. 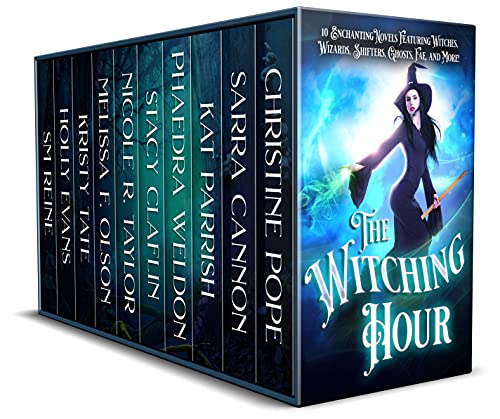 Why settle for just one paranormal novel when The Witching Hour by Christine Pope features a collection of eleven magical ones. From witches and wizards to vampires, shifters, fae, and more, this collection is packed with full-length paranormal romance and urban fantasy novels by NY Times, USA Today, and national bestselling authors. 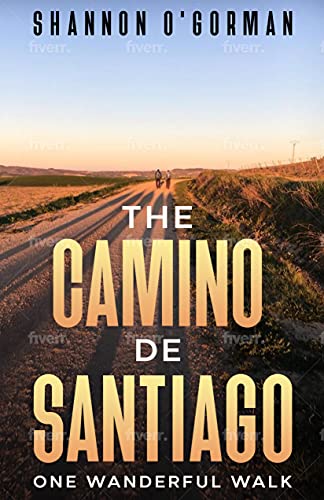 The Camino de Santiago: One Wonderful Walk is part memoir and part history by Shannon O’ Gorman. The book chronicles her personal adventures on the route, which is a pilgrimage from St Jean Pied de Port to Santiago de Compestela. Every year, over three hundred thousand people complete the walk, and the author looks at why they do this as well as what she hoped to gain from the experience. Armchair travelers will also enjoy reading about her experience with the food and wine along the way and might even inspire a few to walk the route for themselves.