Editorial Review: A Dream of Dragons by Lauretta L. Kehoe
Posted on 21st of October, 2020 by Samantha Ann Rainbow 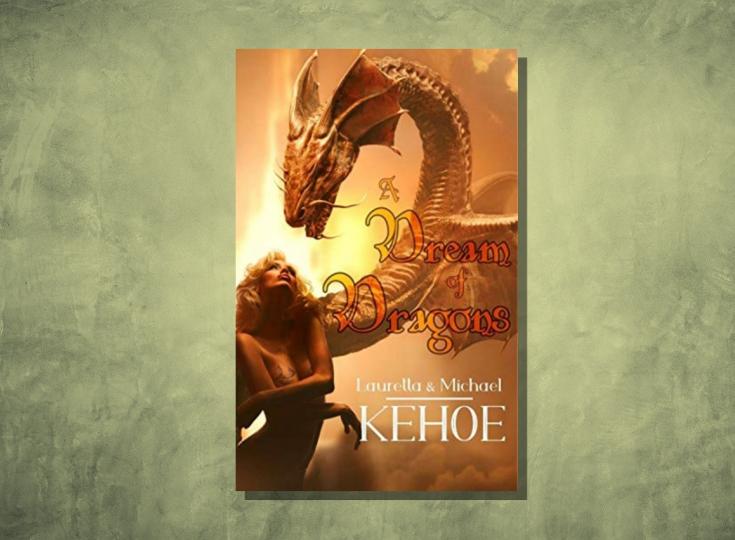 In the opening of A Dream of Dragons, by Lauretta and Michael Kehoe, Henry finds a naked, frightened young woman alone on the beach. He thinks she’s been hurt, since she doesn’t seem to be able to talk, but the police and paramedics find no evidence of injury. Henry has no ties to the stranger, but he can’t just leave a confused, possibly traumatized young woman alone, can he?

From the start, Henry’s inability to see someone in need without helping them propels the story. He’s a bit of a soft touch, with a houseful of stray and injured animals he’s taken in, and his kindness towards the young woman seems natural. This trait continues to inform all of Henry’s choices throughout this fantasy adventure, making him a consistently kind character, even as the stakes get higher and higher. This novel takes readers on Henry’s journey from a warm-hearted, quiet man who cares for injured animals to becoming a hero who plays a major role in a struggle between good and evil.

At first, Henry calls the young woman Anne, since she doesn’t seem to have any name or memories. He expects her memory to return after a meal, a hot shower, and a good night’s rest, and he offers these freely. But Henry begins to realize that something’s off about Anne when he discovers she doesn’t recognise things like hamburgers or indoor plumbing. She’s almost like a clever, inquisitive child, and her appearance on the beach and in his life begins to seem less like an accident and more supernatural.

Anne’s innocent delight in discovery moves the story, and as the two grow closer, this brings the fantasy world closer to our everyday world, setting the conflict and adventure in motion. Their inevitable romance is sometimes sweet, but sometimes feels unpleasantly unbalanced, because Anne is just so childlike that even gentle, caring Henry feels predatory. There’s a deep imbalance in a relationship in which one person navigates the world easily and one can’t, so at times the romance feels too unequal to be aspirational.

Their daily life in our world is basic, full of simple pleasures, but Henry’s average life serves to set up a stronger contrast with the fantastical world of Anne’s vibrant, terrifying dreams, and the adventures to come. Anne’s dreams of dragons wake her up in fear, and Henry, a freelance artist, begins to draw her dreams, almost as art therapy. This is another kind act that draws him further and further into Anne’s world, into her history, and into an epic struggle between good and evil.

A Dream of Dragons isn’t a typical fantasy novel, it’s much more Christian fiction with beautiful fantasy elements. As the world of dragons unfolds, there are some clear Christian allegories, and some parallels are even noted by the characters. There’s also a sub-plot of Henry’s return to his faith through his love for Anne, a theme often found in faith-based fiction. The struggle between good and evil works well, and that clear-cut battle between horrible cruelty and selfless heroism is what draws so many readers of fantasy novels.