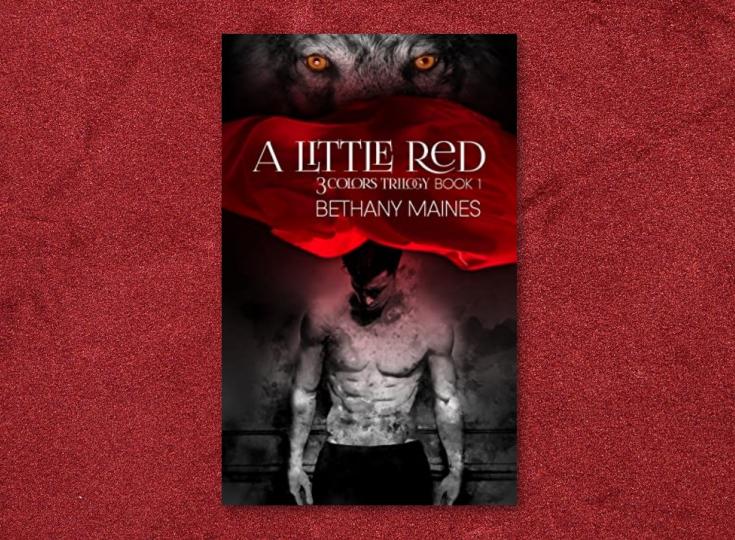 Two people with supernatural secrets, greater purposes that they’re trying to approach in less than traditional ways, and an aching need for one another that could be the beginning - or the end – of everything they know.

When Scarlet Lucas went against her family to pursue her degree and a career in the city, little did she know that she’d find an otherworldly love while dressed up as Little Red Riding Hood – nor did she ever imagine that her boss would be quite so irresistible.

Liam Grayson, taking the evil in the world down one bankruptcy at a time, can’t stop thinking about his delicious new secretary, but when it turns out that she’s as interesting as she is sexy – he can’t stay away.

Heading home, ostensibly for thanksgiving, is rough on both of them. Scarlet finds herself at odds with her siblings over the precise way of going about things. This results in a favorable outcome for the protest, but a draining weekend overall for Scarlet. Meanwhile, the reader learns about the greater dynamics of wolf packs and the broader aims of certain magical factions with Grayson’s family.

Despite knowing that it can never last, neither of them wants to let their relationship go but when warlocks attack everything changes. Grayson is in trouble and Scarlet is the only one who can help. Refusing to even hear her out - Grayson’s pack isn’t happy about it.

This paranormal shifter romance is heavy on the steam without overindulging, and the story itself makes for an intriguing idea. The supernatural factions of the world growing into the technology and human systems they’ve shunned for as long as possible for the greater good - like stubborn older relatives refusing to learn how to use their smartphones. The tension between Scarlet and Grayson is brilliantly tempered with solid good humor and mutual respect despite the dynamic they have found themselves in.

A genuinely strong female character in a forbidden office romance is a remarkable feat by Bethany Maines. Scarlet is smart and sure of herself, giving herself over willingly to the alpha male Grayson embodies. For fans of shifter romance, boss/secretary power dynamics, and spicy yet easy to read fiction - A Little Red is bound to satisfy.

A fast-paced and spicy romance with lovable characters and an engaging story too, A Little Red is a fantastic initial installment in what promises to be a thrilling Trilogy.