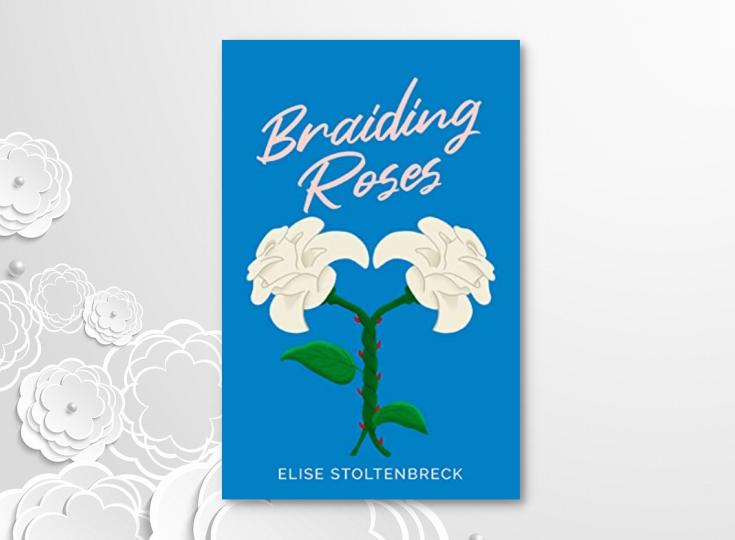 Braiding Roses by Elise Stoltenbreck is a sweet way to spend half a day lounging by the poolside or an evening soaking in a warm bubble bath with a glass of soft red wine.

Our heroine, Mandy, has completed her medical studies and graduate postings but needs to spend a year in a country hospital to fulfill her obligations under the terms of her university scholarship. Full of trepidation and reluctance to abandon her well-planned city life, she fits everything she needs for a year into her little hatchback and drives three and half hours south to the country town of Manjimup, in the southwest of Western Australia.

Over the next twelve months, Mandy overcomes her disastrous introduction to Gareth who is her boss and the head of medical staff. She becomes popular with the locals and discovers life in the country is not so bad. But she is determined to stick to the plan and return to Perth and marry Kevin, the man she met at university, an up-and-coming lawyer with his sights set on private schools for the planned children and a career in politics.

Braiding Roses trots along at a good pace with plenty of action and activity to keep the reader entertained and turning the pages. It will especially suit those who consume clean romances at a gulp and are looking for a point of difference—in this case, a dose of Australiana for those who have never visited the land down under and will eagerly swallow every Aussie reference without question. Stoltenbreck soaks the pages in everything from herds of kangaroos to wallabies to sheep and cattle stations to bandicoots to lorikeets.

By the time Stoltenbreck has introduced her supporting cast; it’s not hard to guess who will end up with who. Despite the story being told entirely from Mandy’s point of view, the reader will probably be far less surprised by the conclusion than the stubbornly oblivious heroine. The mere fact that the irritating and obnoxious Kevin can’t be bothered driving three and a half hours to spend the weekend with his fiancée more than a few times in twelve months—or that Mandy never tries to visit him—is a dead give-away that the relationship is doomed.

Although the hero’s romancing of Amanda is subtle enough that it needs to be pointed out by her mother that Gareth has actually taken Mandy out on several (not) dates. In fact, Braiding Roses is more about the slow disintegration of a relationship than the sweet, romantic anticipation of new love. The focus is on the maturing of a young woman rather than on the character arc for her older, wiser, and misunderstood boss who is nowhere near as grumpy as everyone believes.

Stoltenbreck strings words together in an easy-to-read and highly consumable fashion. Braiding Roses is a pleasant way to spend a few hours as Mandy overcomes her determination to follow her life plan and faces up to the hard decision of who and what will give her the happily ever after that all good romances deliver.