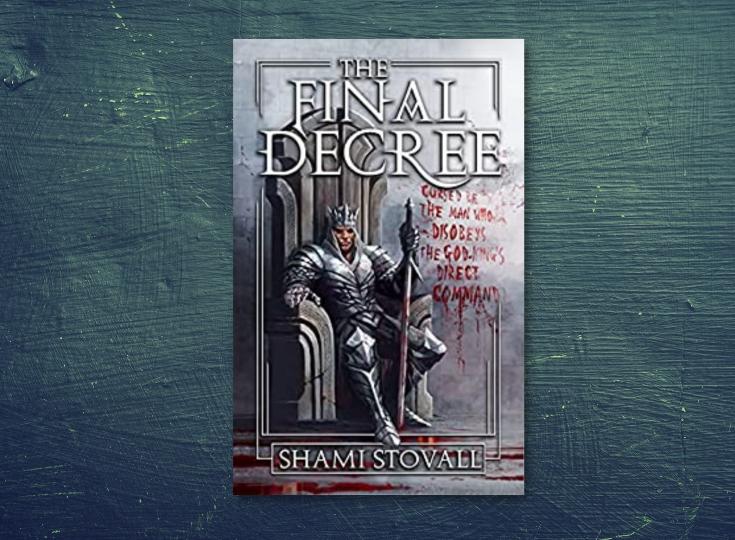 Artemisia doesn’t know why she was cursed when she will transform into a monster, or who she can trust – but with the old gods returning, Artemisia knows everything is about to change.

The god-kings and god-queens are divine vessels, they are blessed with powers from the old gods to rule the world in their absence. This power to issue decrees should bring peace, but when the God-King’s word is literally law and lawbreakers become twisted monsters - there is no escape. It does not matter the intent of the one making the decree – it applies universally and automatically, regardless of circumstance.

Artemisia is an anomaly. She was cursed from birth and no one knows why – most don’t even believe her – and the transformation into a Forsaken could come at any moment and destroy anyone around her. Artemisia is on the run from God-King Eliezer’s Holy Guard when she is captured by a band of monster hunting rouges who show her more kindness in one day than anyone ever has in her whole life.

Thanks to the magic she has inside of her threatening the God-King’s existence she isn’t safe anywhere and she can’t trust anyone – or so she thinks until she hears the story of the hunting party’s leader.

This is a story of self-discovery, attempts at healing, and found family (even when she wasn’t looking for it) as much as it is an epic fantasy, romance, and adventure book. Shami Stovall addresses ideas around good and evil, intent and result, and the notion of absolute justice impeccably well.

The character of Artemisia is interesting, childish in her own way but a remarkably accurate portrait of a life devoid of kindness and trust. Her almost stubborn refusal to believe in the good intentions of the hunting party until directly proven is believable and sympathetic even if it does seem unlikely at first. The hunting party is a good mix of characters who each have their own story to tell.

Dark fantasy meets epic adventure in a world where justice and punishment are one and the same, The Final Decree is a great choice by readers of the fantasy genre as well as anyone who enjoys exploring these themes. Fans of Shami Stovall will find the author’s trademark prose as well as her fantastic ability to create worlds both vivid and terrifying.

The Final Decree is a detailed and well-written dark fantasy with a fantastic core story.