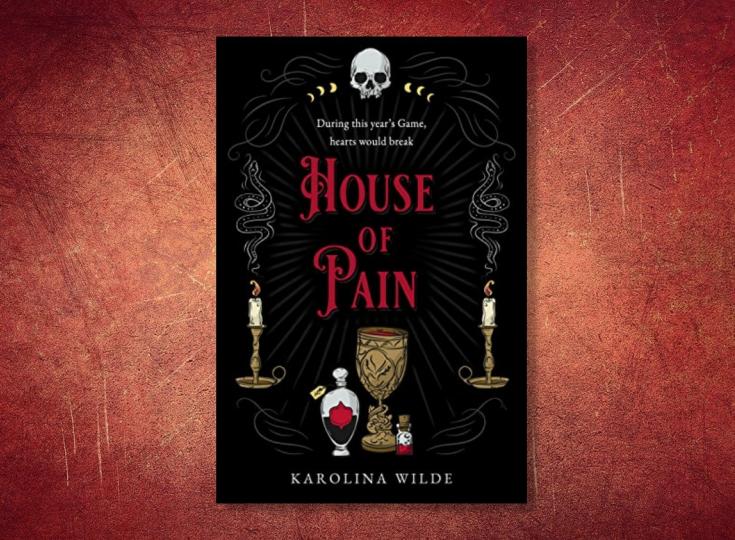 With an entire cast of morally grey characters, systemic prejudice, and straight-up murder this spicy dark academia read will hit the right buttons for Dramione fans as well as dark academia readers looking for something in their aesthetic but without too much heavy intellectualizing.

Alecto Black and her House of Snakes co-eds are vicious, sexy, and not to be messed with – except the whole point of the Game is to mess with the other houses and this year every House is determined to steal a book, no matter who gets hurt.

Half-mortals are considered lesser in every way in the world of Inathis but there is also an extremely strict structure of social hierarchy based on history, money, and status. This means that Alecto Black is at the exact crossroads of fitting into neither world – she’s a Black, one of the most revered and respected families in their world, but she also has her mother’s mortal blood in her veins.

In her second year at The Venefica Academy, she’s a part of the inner circle of the House of Snakes – and regardless of the benefits this might bring, it’s also a dangerous position to be in. The 12 houses at Venefica are locked in constant competition, but never so much as in the Game. The point of the Game is to steal another House’s book, and in deference to the tradition, the Academy turns somewhat of a blind eye to the rule-breaking and dangerous acts the students get up to. In pursuit of winning the Game, Alecto and the inner circle decide to enlist some magical help but end up with a little more than they bargained for, and they bargained for quite a lot to begin with.

Among the inner circle are Val, Jolene, Andro, and Blaze. Each has their own interests at heart, their own expressed status in the world, and their own level of psychopathy. Most of the student body looks down on the half-mortal Alecto, but no one hates her quite like Blaze does. From the moment he laid eyes on her, and she on him, they’ve been at each other’s throats. This year, however, things start out a little more intimately than either of them bargained for at the Ceremony where the House of Snakes demonstrates their propensity for sex magic.

House of Pain is a steamy dark fantasy romance with its roots in the enemies-to-lovers and bully romance arena. The author provides a good list of trigger warnings prefacing the first chapter and as there is very little left to the imagination this is an important inclusion.