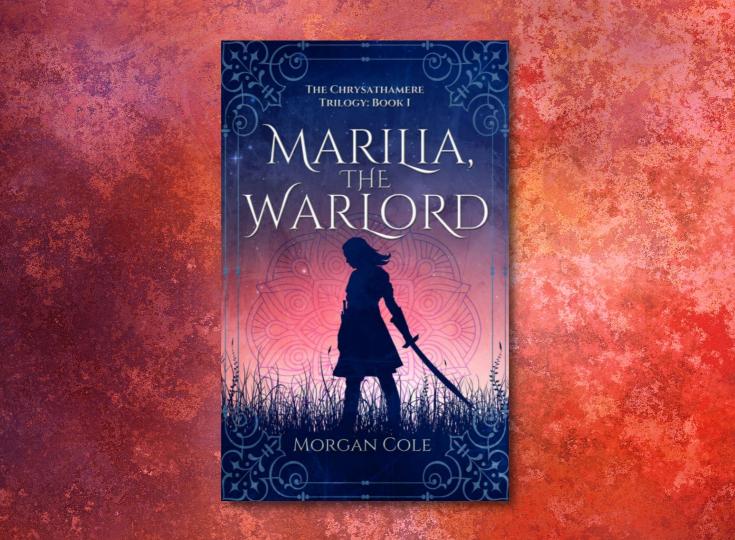 Marilia, The Warlord is a brilliantly written tale of both grand and personal history, of rivalry and family, of perceived fate and innate destiny.

Marilia was born into a brothel and it was expected that she would grow up to take the place of her mother who served there as a painted lady, but Marilia and Fate have other ideas.

Marilia does her best to ignore the whispers around the brothel, that her father was never really coming back for them. Marilia’s mother always believed that the father of her children was a high born and wealthy man who truly loved her but was killed before he could return to take them away. Marilia and her twin brother, Annuweth, flee their life in the brothel and the expectations placed on them there. Abandoning their hometown of Tyrace they put all their faith in a newfound protector - and in Navessea.

The difference between their old life and what they experience as the recognized children of a prefect could not be more extreme. From being treated like dirt on the street to dining with royalty, Marilia tries to learn as much as she can of the history, the gods of Navessea, as well as the new skills she will need in this echelon of society. Pressured to accept her place, marry correctly, and maintain the honor of her new station Marilia struggles with the limitations put on her simply because she is not her brother. When the King of Tyrace attacks, everything changes, and through events of blood and duty Marilia finds herself handed command and wielding her dead husbands’ sword – the lives of many at her fingertips.

Marilia, The Warlord is a fantastic work of epic fantasy that incorporates the immense research and broader reading done by the author. The discussion of strategy, the understanding of battle and war theory is brilliantly executed. In a literary sense, Morgan Cole has beautifully juxtaposed imagery and concepts. This is a tale of both grand and personal history, of rivalry and family, of family by blood and family by choice – the story of a lowly daughter becoming a Conqueror of Cities and the Flower of Death.

The characters created by Morgan Cole are a wonderful thing to behold. They manage to capture the exquisite balance between exceptional skills and utterly universal human flaws. The characters in Marilia, The Warlord are not infallible and stereotypically blessed, they are affected by their world in a truly relatable way which makes the story itself almost a by-product of the characters actions. As a reader, you become entrenched in their lives and care deeply about the outcome. The world these characters inhabit is brilliantly built and begs to be explored in sequels. Written in a superb style, readers of high fantasy and war stories alike will find something to like in this story.

This epic saga delivers exactly what it promises – an improbable but unquestionable heroine navigating their destiny against all odds.