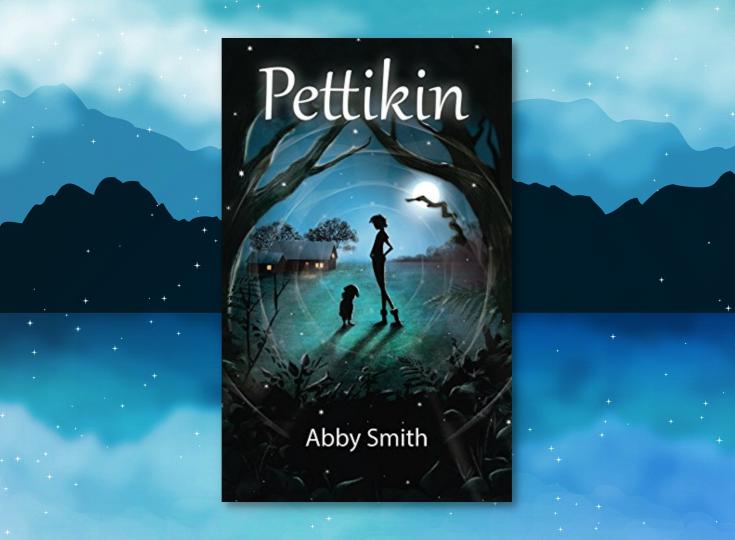 Pettikin is a fast-paced book that wastes no time opening Allie and Andie's eyes to a world they never even knew existed.

Fourteen-year-old Allie Thomas would never have imagined that the death of her Aunt May would change the course of her own life forever. She's shocked to discover that not only are gnomes real, but one of them has been left stranded on Earth after the death of its only Gatekeeper, and she might be the only one who can get him home.

The fantasy genre has steadily been getting grimmer, so Pettikin feels like a beacon of light in this darkness. Allie is a great heroine, but she is also surrounded by a delightful cast of friends, family, and allies. When her aunt passes away, Allie and her best friend Andie Wu decide to spend the night in her aunt's cottage. They plan to order pizza and watch movies, so they are both taken back to discover a twelve-inch gnome with snowy white hair and beard in the cottage.
After the initial shock wears off, the duo befriend the gnome, called Pettikin Periwinkle, and discover that he had ended up on Earth after traveling through a portal from his own world. However, he is in a bit of a pickle as Earth's only gatekeeper, Aunt May, has died, and nobody else can open a gateway back to his own world for him. This is the start of an adventure that tests Allie's resolve to the limit and takes her on the adventure of a lifetime.

Pettikin is a fast-paced book that wastes no time opening Allie and Andie's eyes to a world they never even knew existed. The two are also relieved to find that they have some allies who can help them out, including three alpacas and some rather strange friends of Aunt May. However, even with their assistance getting Pettikin home safely won't be an easy feat. In fact, it will require plenty of cookies, the aid of a powerful guardian, and a journey through three secret realms. Since there's no time to waste, Allie also has to take on this responsibility without any training. Of course, no fantasy novel would be complete without a villain, and Pettikin is no exception.

Most of Pettikin deals with Allie's discovery of the secret life her aunt lived as well as her preparations for the journey she will have to undertake to get Pettikin home. The story is filled with whimsical touches, such as the reason why cookies are so crucial for traveling through other realms and why the alpacas are essential companions for the journey. However, along with plenty of humor, Pettikin also deals with the self-doubt and fears Allie has about the responsibility that is suddenly thrust upon her.

Another area where this book shines is the vivid descriptions of the other realms Allie and Pettikin see during their trip. These are wildly imaginative and make for exciting encounters. The author has crafted a universe filled with places that readers would want to learn more about, and the story doesn't rely on tired fantasy tropes either, which is refreshing. The only downside is that Allie's journey is so engaging that the ending can sneak up on readers rather abruptly. It has a very satisfying conclusion, but there are definitely a lot more stories waiting to be told, so hopefully, the author plans on opening another interdimensional portal to this fantasy world again soon.