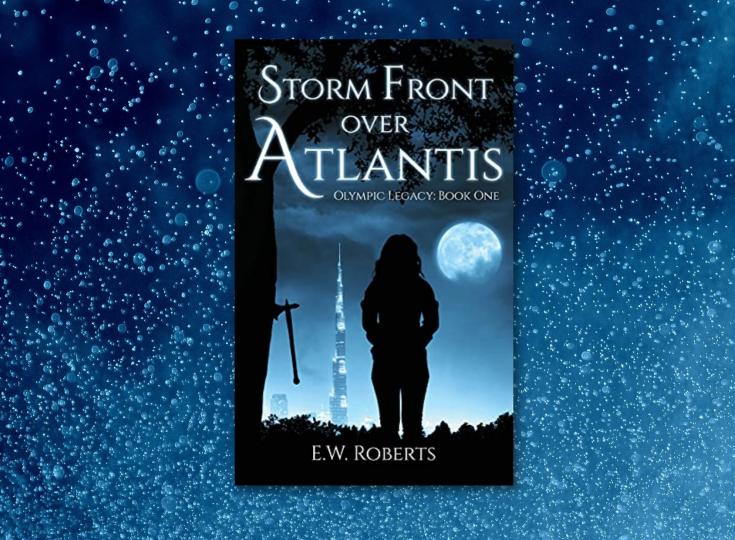 The sleepy Florida town of Great Oak becomes a battleground as a young girl gains powers that make her the target of an evil creature.

Victoria and Lana are two sisters living in the town of Great Oak with their father. The death of their mother has been hard on the family and has forced Vic to step up and take care of everyone while also dealing with bullies at school. However, it soon becomes apparent that Vic is not an ordinary 17-year-old. She discovers that she has unique abilities and increasing powers that she doesn't understand. Unfortunately, these powers also make her the target of a malicious creature called Vachel, who is in town on a mission of its own. Although it is only about the size of a four-year-old child, Vachel is extremely powerful and will stop at nothing to get to Vic so it can claim her powers for itself. As Vachel uses its powers to corrupt and gains control of people and animals for its evil bidding Vic is forced to fight for the survival of herself and her younger sister.

Storm Front Over Atlantis is not just the story of Victoria, though. The tale also weaves through the lives of the local sheriff, Jeremiah Stone, a reporter named Kerri Sharon, a biker named Theron Forrester, and an heiress named Cynthia. All of them are integral to the story, and they all have their own secrets to hide. If this wasn't enough, Atlantis, now the home of Olympian gods, also makes an appearance. While it might seem like mixing so many disparate elements would make for a convoluted story, this is not the case with Storm Front Over Atlantis. The transition from an Atlantean civil war in the far future to the ordinary town of Great Oak is a little jarring at first, but it doesn't take long for all the pieces to slot together. A few more chapters jump into the future, but they help set up the Olympic Legacy without detracting from the main plot of the novel. It also helps that the book has such a strong cast of characters as everyone from Sheriff Stone and Theron to Kerri are interesting enough that they could have been the leads in their own books. By mixing them all together, Roberts has crafted a story where there is rarely a dull moment.

The book's real star, though, is Vachel, who is one of the creepiest and disturbing villains outside of a Stephen King novel. Its manner of speaking and actions makes every scene featuring Vachel terrifying, and it is ruthless enough that readers will fear for the lives of everyone it encounters. Vic is also a sympathetic character, and despite her growing powers, she is still a young girl facing a situation beyond her wildest imagination. Many books struggle with characters who are so overpowered that it is hard to relate to them, but this is not an issue with Storm Front Over Atlantis. Although Vic is powerful, she is still vulnerable, and the scenes where she is trying to keep Lana safe are some of the tensest in the book.

Overall, Strom Front Over Atlantis tells a gripping story and introduces a great cast of characters that readers will want to learn more about. The novel sets the scene for a lot more to come, but it is also self-contained enough that readers won't feel short-changed by the ending. It can be tricky for authors to get the balance between world-building, character introductions, and storytelling right in the first book of a saga, but E.W. Roberts managed to pull it off with aplomb.

Storm Front Over Atlantis is filled with memorable characters, a story that will keep readers on the edges of their seats, and a premise that will leave them eager to see where the author will take the story next.