Editorial Review: Tales From The P.I.T. Crew by J. M Tilbury
Posted on 5th of July, 2022 by Samantha Ann Rainbow 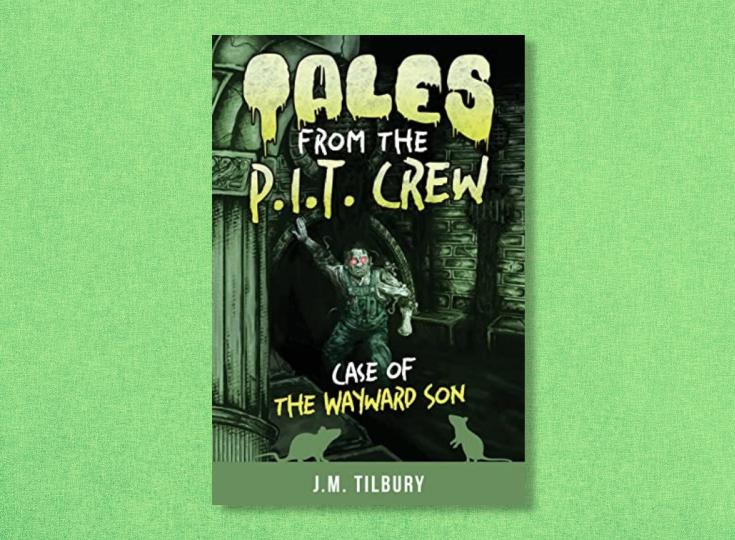 Wingtip-wearing, lone wolf paranormal investigator, Dr. Diamondback has a history with the paranormal and now he's under pressure to assemble a team and solve these kidnappings - or face the consequences.

Dr. Diamondback's vendetta with the monsters in the dark started out personal but eventually became his job. Now, after dozens of cases and a few too many dead partners, it's right back where it started.

With his handler insisting that he assemble a team to help him figure out the string of kidnappings that seemingly see kids literally vanish – even on camera – he knows he’s in for a rough couple of weeks.

The Paranormal Investigation and Education Department – P. I. E. D for short – has its fair share of loony applicants for Dr. Diamondback to work with, but the difference now is that this time they’re recruiting some serious talent.

Partnering up with the immature yet brilliant hacker who can see ghosts Charles Mopps, gorgeous hard-line reporter Jaiden Fox, and marine Staff Sargent Edward Anderson – P. I. E. D. has a new A-Team.

As they begin to investigate the missing children, it becomes more and more obvious that this monster they’re hunting isn’t just any supernatural baddie – he’s actually the bogeyman, and the bogeyman is even worse than you thought he was.

Torn apart with rage and cruelty, the bogeyman snatches children and does away with them, there isn’t much that is going to stop him – but Dr. Diamondback and his reluctant teammates are going to try.

Tales From The P.I.T Crew follows a forensic psychologist and paranormal expert Darrell Diamondback – that’s Doctor Darrell Diamondback, he’ll have you know – from the dingy lair of a taxi ghoul to even dingier lairs of ever-worsening creatures. Though J. M. Tilbury could have easily written a basic paranormal casebook, they’ve chosen the much more satisfying narrative novel structure and really hit the nail on the head. Thanks to a balance of gritty reality with surreal and supernatural, along with a quirky sense of humor, this story is a great read.

The characters manage to be engaging even when they’re being downright annoying - which is after all the mark of great character writing. The writing itself is fast-paced and the story never feels like it’s lagging. Gory in some places, uncomfortably weird in others, sci-fi, and horror fans will enjoy this fast-paced and action-packed story.

Tales From The P.I.T Crew is a fantastic and engrossing read with plenty of action and adventure to satisfy, great characters, and a creepy plot to keep the thrills coming.