Editorial Review: The Moment Before Dying by Marek Záhorec
Posted on 25th of October, 2020 by Heinrich Bolton 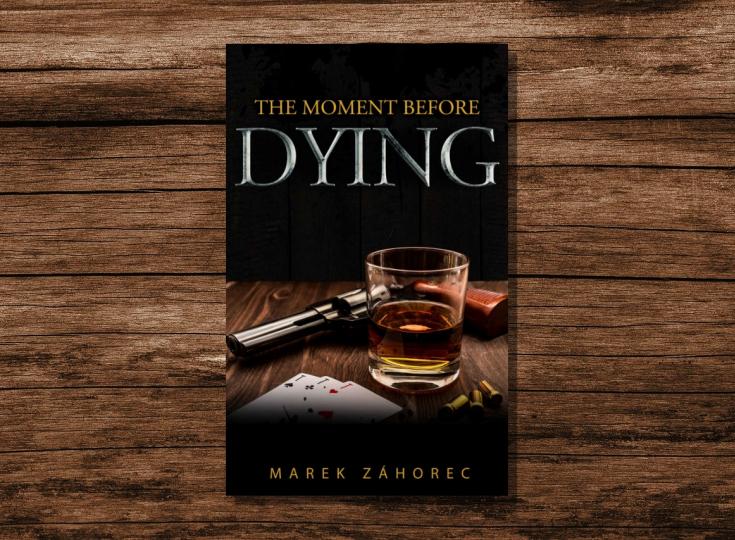 The Moment Before Dying is the fictional memoir of Tony Castello who finds himself backed into a corner and staring down the wrong end of a gun.

When Antonio Castello is honorably discharged and returns home from the war, he finds his family in dire straits. While his mother wants him to apply for the same mining job that killed his father, Tony feels that there has to be more to life. Faced with seeing his family evicted because they can't pay rent Tony makes a dangerous choice and becomes a soldier for the local Mafia family. Although he has his doubts about this new path he has taken, Tony forges ahead for the sake of his family, but soon finds himself in too deep to ever get out again.

The story of Tony’s life and how he ended up in this grim situation is revealed through the flashbacks Tony has as his assailant is about to pull the trigger. His road to ruin begins when Tony joins the Falcone family against his own better judgment. It's the 1920s and prohibition is in full swing, which provided the Mafia with plenty of opportunities to make money. Tony starts out as a lowly grunt for the Family, but under the tutelage of his partner, Salvatore Romano quickly rises through the ranks.

The story is told completely in the first person, with readers knowing exactly what Tony is thinking and feeling at all times. The writing style is very straightforward, which makes it easy to read and get drawn into the tale. Tony is certainly not a saint, but as much as he thrives in the Mafia it is also very clear that the choices he makes and the deeds he carries out weigh heavily on him. It is also interesting how the relationship between Tony and Sal develops from Tony being convinced his partner will kill him to the two becoming almost inseparable friends. Along the way, Tony also manages to fall in love and has to deal with the dangers and tragedies that are par for the course in his line of work.

It is very easy to get caught up in The Moment Before Dying, but there is also a growing sense of dread. It doesn't take long to begin sympathizing and even liking Tony, but there is always to the knowledge that eventually his life story is going to loop back to the start of the book. The title makes it very clear that Moments Before Dying is not a story about happy endings, but Marek Záhorec still manages to throw in a few shocks and twists along the way.

Not a lot of books manage to pull off an antihero successfully, but Tony Castello is definitely one of the best ones we have encountered in a Mafia themed novel. There is no doubt that Tony has a lot of flaws and does plenty of bad things along the way, but his character is written in such an authentic way that his actions always feel justifiable. Even the secondary characters, such as Sal, are well written and don't feel like the Mafia stereotypes often found in books of this genre. At the same time, the book still features the type of action, vendettas, and betrayals that fans of the genre enjoy.

All in all, The Moment Before Dying is a gripping read that draws you in with its compelling story even if you are not particularly a fan of the genre. The suspense of how Tony ends up as we find him in the first chapter is kept up throughout the book and it is a wild ride, to say the least.