Editorial Review: The Secrets of the Kings by Nora Delzelle

Editorial Review: The Secrets of the Kings by Nora Delzelle
Posted on 24th of March, 2022 by Heinrich Bolton 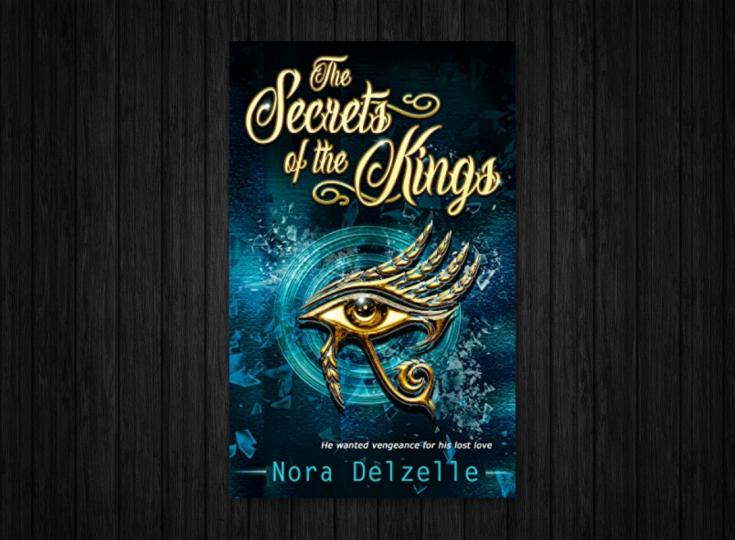 After inheriting a mysterious mask from a total stranger, Alex Kincaid finds her peaceful life turned completely upside down.

The Secrets of Kings opens circa 2500 B.C. with a firsthand account by Set offering some insight about what is to come. It then jumps to the present day, where readers are introduced to 24-year-old Alex Kincaid. Initially, it seems like she has the perfect life living in a small college town and spending most of her free time with her co-worker. However, things take a dark turn when she unexpectedly receives a large inheritance from a total stranger.

Included with the inheritance is a strange mask, which Alex quickly discovers has magical properties. The only person she trusts with this information is her friend and co-worker, Gabriel Reyes. Unfortunately, the mask also appears to have made Alex a target, and she moves in with Gabriel after multiple attempts on her life. Together they attempt to figure out who the previous owner of the mask was and why someone is hell-bent on killing Alex.

The Secrets of the Kings seamlessly blends ancient Egyptian mythology with a modern setting along with plenty of action and thrills. Alex is a likable protagonist who remains down to earth despite the wealth and power she is granted. However, despite caring deeply about her friends and standing up for what she believes in, she's no push-over either. After inheriting the mask, Alex also begins to have vivid dreams where she meets the previous owner and finds out more about the responsibility that has been handed to her.

Most of The Secrets of the Kings deals with Alex and Gabriel spending time together uncovering the secrets of the mask while growing closer to each other. It is a credit to the author that the relationship between these two feels natural and fits seamlessly in the story without overshadowing the intrigue. Alex's other friends also factor into the story, along with some interesting and unpredictable villains. The cast of characters is kept relatively small, though, which helps to keep the focus on Alex and her tribulations.

While the story features exciting plot twists, it doesn't leave any strands dangling, and everything wraps up neatly. This is great for readers who are not fond of cliffhangers. However, the characters and world they inhabit are fleshed out enough that further stories would be great. The book is divided into twenty-seven short and easy-to-read chapters with a glossary at the end for some of the ancient Egyptian terms, names, and concepts. These should be familiar to fans of ancient Egypt but is a great resource for those who might not be familiar with some elements. The story moves along briskly, and some great action sequences punctuate the tension.

Overall, The Secrets of the Kings is the very definition of a page-turner, and readers should not miss its memorable cast, compelling mysteries, and thrilling revelations.