Mayan Shadows: The Crystals of Ahrum by Craig A. Hart and S.J. Varengo

Mayan Shadows: The Crystals of Ahrum by Craig A. Hart and S.J. Varengo
Posted on 2nd of July, 2022 by Heinrich Bolton 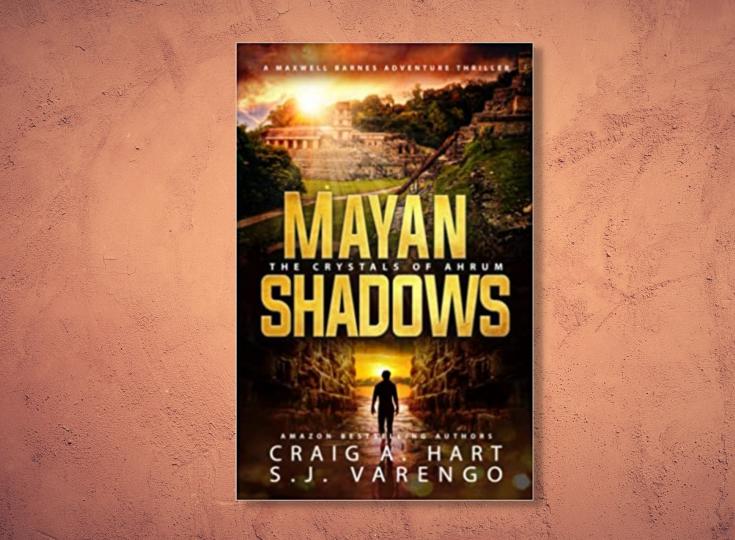 A pair of treasure hunters discover more than they ever bargained for in this fast-paced, nail-biting adventure thriller.

Maxwell Barnes is an archeologist traveling the world with his best friend Axel Morales while treasure-hunting for their benefactor Myron Crabtree. Their latest expedition takes them to the jungles of Guatemala for a fairly low-stakes adventure. Max is also intrigued by the legendary last great city of the Maya, Ahrum, which is rumored to be in the area. Like his father, who is also an archeologist, Max has more than a passing interest in the city but has to focus on his assignment. However, his whole world is turned upside down when Max runs into a young Mayan skateboard punk who knows quite a bit about Ahrum's demise. As Max is drawn deeper into the mystery of Ahrum and the legendary crystal that is supposedly capable of restoring the ancient Mayan empire, he also finds danger lurking close behind.

Mayan Shadows is the first novel in the Maxwell Barnes Adventure Thriller Series and wastes no time drawing in readers. Maxwell and Axel are both very likable characters and, despite their differences, have been inseparable since their youth. Thanks to the excellent writing, the depth of their friendship is evident, and the easy banter between them rings true. Max and Axel are not the only characters in this book, though, and plenty of others are just as memorable. Along with Bembe, the Mayan skateboard punk, Max also has a run-in with Isabel, a Spanish woman who is certainly no damsel in distress. In addition, the heroes have their work cut out for them, thanks to a villain named Estrada, who will stop at nothing to accomplish his goals.

Despite being the first novel in the series, Mayan Shadows doesn't waste any time on unnecessary exposition. The pace starts out fast and only picks up speed as Max, and his companions are drawn deeper and deeper into an adventure far beyond what any of them imagined. Along with the high stakes and plenty of action, the game also contains lots of great humor. Most of the laugh-out-loud moments come at the expense of Max, thanks to his interactions with Isabel, but it never feels mean-spirited or tacked on. The story is also unpredictable enough to keep readers hooked to the last page.

There will inevitably be some Indiana Jones comparisons with any adventure involving archeology and treasure hunting. However, Maxwell Barnes doesn't feel like a cheap imitation, and while he might not be sporting a fedora and whip, he's more than capable of holding his own against the bad guys. Max also doesn't outshine the rest of the cast as they all get opportunities to showcase their own talents and skills.

The first novel in a series should not only introduce readers to the characters and setting but also hook them enough to want to continue. Mayan Shadows definitely succeeds in this, and even though the story has a satisfying conclusion, it also sets things up nicely for further adventures. Anyone searching for a fast-paced and action-packed story filled with close escapes, unexpected twists, and even a dash of the unknown will thoroughly enjoy Mayan Shadows.