Skip to main content
What Are The Best Books You Have Read Where Authors Collaborated
Posted on 26th of March, 2019

Charlotte E.
In my mind there will never be a writing duo that is as creative and talented as Margaret Weis and Tracy Hickman. These two met up when they worked at Tactical Studio Rules and were given the task of working on Advanced Dungeons & Dragons modules, which was supposed to include a novel. Instead of using an author to write the novel, the two went ahead and wrote it themselves and from this grew the Dragonlance Chronicles. After this they wrote the Dragonlance Legends trilogy along with a slew of other books that were set in the universe that they created. Even after they left TSR they continued to collaborate on books, including the Darksword trilogy, the Deathgate Cycle as well as the Sovereign Stone series. The two have also written some books on their own, but it is as a collaborative duo where I think their talents shine the most. Here are a couple of highlights of their work so far:

1 Dragons of Autumn Twilight (1984) - This was their first book together, I believe, and was actually based on a bunch of Dungeons and Dragons game modules. The Tolkien influences are very clear to see, but it is a great starting point if you want to get into the Dragonlance books.

2 Forging the Darksword (1988) - This is the first book in the Darksword Trilogy, which is about a world in which everyone is born with magic. However, the protagonist, Jorma, does not have this gift and there are prophecies about him destroying the world because of this. Due to this he was condemned to die, but thanks to a twist of fate ended up being raised by a woman who lost her own child.

3 The Will of the Wanderer (1988) - This is the first book in the Rose of the Prophet series, which consists of three books. I just love the imagination behind this book, as it has a very "role playing game" feel, just like the other stories from these two authors. It takes place in a world where a pantheon of twenty gods are in charge, but things are not all rosy. Chaos is erupting and it involves gods, immortals and more.

4 Dragon Wing (1990) - I love all of the books by Margerett and Tracy, but I think the Death Gate Cycle has to be my favorite. It consists of seven books and there is just so much great fantasy elements and ideas in them. It is just epic fantasy and a grand new scale and one of the characters, Haplo, is also an all-time favorite of mine.

5. Bones of the Dragon (2009) - Bones of the Dragon is the first in the Dragonships of Vindras series, which was originally scheduled to have six books, but ended with book four, Doom of the Dragons. It's not the best work from these two authors, but I still have a soft spot for it. In this first book we learn about the land of Vindrassi and what a harsh place it has become due to a massive drought. The protagonists of this book also have to deal with some ogres who are spoiling for a fight. The main problem that many of my friends have with this book is that the main character is not exactly likable, but if you can get past that, it is a good series.
Replies (1)04/03/2019

Lizzy M.
I can't believe that nobody has mentioned perhaps the most popular and celebrated writing team of all time, Jakob and Wilhelm Grimm. Their Children's and Household tales, which we more commonly know today as Grimm's Fairy Tales, is still popular all these years later and every parent knows who the brothers Grimm are. Disney has also done a good job of plundering the tales published be these brothers for their own financial gain. From Cinderella and Little Red Riding Hood, to Hansel and Grethel, The Six Swans, The Golden Goose, Snow White and many others, their stories are still enjoyed to this day.
Replies (1)06/19/2019

Peyton
One of my favorite collaborations is between Sara Zarr and Tara Altebrando with their novel "Roomies." I actually discovered Tara Altebrando when a friend of mine recommend I read the book "The Pursuit of Happyness", but never told me the name of the author. I ended up buying and reading the book by Tara Altebrando, called "The Pursuit of Happyness" instead of the biography by Chris Gardner. These two books could obviously not be any different, but I ended up really liking Tara's books and bought a few more of them. I should mention that I'm a young adult, so if you are a more mature reader then Roomies might not be as captivating for you as it was for me, but then again everyone was young once and the book could bring back fond memories, so who knows!
Replies (0)05/06/2019

Robert Montag
I used to read a ton of fantasy and science fiction as a teen and I don't think any of the more recent authors can hold a candle to the creative partnerships of those years. I have a couple of real favorites, but if I had to pick only one it would have to be the time that Anne McCaffrey and Mercedes Lackey worked together. Both of these authors are simply phenomenal in their own right, but when they collaborated on The Ship Who Searched it magnified their brilliance. Anne was a legend who received numerous accolades in her life and Mercedes is also a very prolific author in her own right. Anne teamed up with a number of authors for her "The Ship Who Sang" series, but The Ship Who Searched, which is the third book, is the best imo.

The protagonist of the book is Hypatia Cade, who trades her paralyzed human body for life as a brainship, which is basically a human brain that is embedded in a spaceship. This book has come under a lot of fire in recent years by disability advocates who didn't appreciate the lot of Hypatia in the story. I disagree though as back when this book came out the type of advances we have today were just not available. It is quite a heartwarming book actually and I love all the characters, especially Hypatia and her partner, Alex.
Replies (0)10/25/2019

Francesca Wilkins
James Patterson is probably the author who "collaborates" the most out of any writers alive today, but I don't know if it actually counts. I mean he publishes a whole bunch of books on a yearly basis, but I don't think anyone really knows how far his involvement in the collaboration goes. Patterson has claimed all the novels are based on the characters that he comes up with as well as his original ideas, so who knows. The last time that I counted there has been almost twenty authors who collaborated with James Patterson on his books and, to his credit, he is at least open about these partnerships. I know there are a few other authors who make use of ghost writers, so the fact that Patterson is up front about his collaboration is admirable. Besides, most of the books are actually very good, despite what the naysayers might want you to think. For some of his best collaborations check out "Step on a Crack" which e wrote with Michael Ledwidge, "Kill Me if You Can" with Marshall Karp, and "Truth or Die" with Howard Roughan. All of these authors have also published some great books of their own, so it seems that working with Patterson has definitely benefited their careers.
Replies (0)12/27/2019
Please login or sign up below in order to leave an answer
LoginSign up 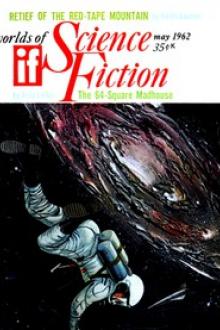 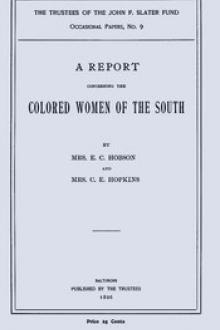 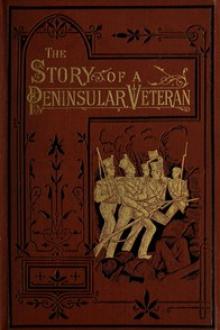 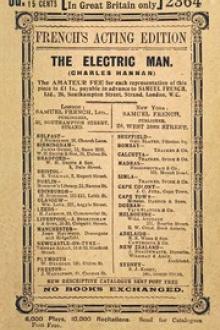