A.J. Flowers - Urban Fantasy with a Heavy Dose of Norse Mythology
Posted on 3rd of April, 2020 by Naomi Bolton 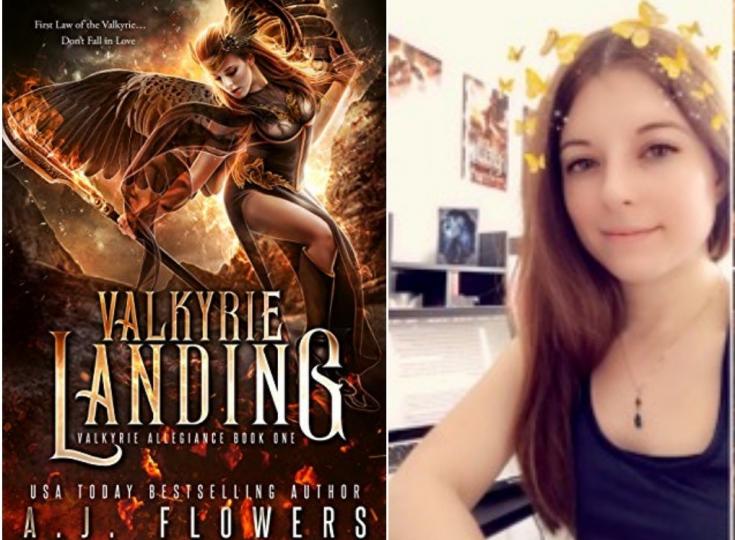 A.J. Flowers is a USA Today Bestselling fantasy author as well as an automotive engineer who resides in Detroit. She loves her writing, her work, and above all, her faith and family. When not writing, narrating, or designing, you can find her saving the world from annihilation on her favorite video games side-by-side with her Dutch husband and princess Blue Russian kitty named Mina. As our Author of the Day, she tells us all about her book, Valkyrie Landing.

Please give us a short introduction to what Valkyrie Landing is about.

A young Valkyrie is heading to earth to reap her first soul for Freya. She winds up falling in love with him and setting off Ragnarok, oops! I like to say that my Valkyrie trilogy is like Twilight in Space, without the sparkly vampires.

What inspired you to write about Valkyries?

I love anything to do with angels. I wrote an angel trilogy that didn’t sell very well, so I imagined that was because people shy away from the religious aspect of angels, therefore I tried a less popular religion using Norse mythology. It turned out to be super fun and I really enjoyed putting my own spin on valkyries and Norse gods.

Why is the first law of the Valkyrie "Don't fall in love.”?

This is one of three sacred laws decreed by Freya to her daughters If a Valkyrie falls in love, it will set off a chain of events to Ragnarok. 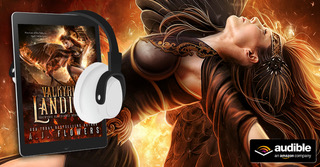 Yes I planned from the start to make 3 books. I knew how it would end, but ironically I didn’t know who she would end up with. There’s a love triangle in this series and the characters had me guessing up to the very end.

Tell us more about Val. What makes her tick?

She is a passionate person and stands out against other Valkyries. Freya treats her as a favorite and she grows up with a male guard, one of Odin’s sons. They grow really close and she struggles with her feelings between him and the human she’s supposed to reap. It’s only when she uncovers the secrets and reason behind Ragnarok that she becomes a force to be reckoned with.

I’m an automotive design engineer by day and have designed parts on the Toyota Camry, Avalon, Tundra, and Sienna which you’ve probably touched if you’ve ever been in one!

How much Norse Mythology have you included in this series? Did it require any research from you?

It required a lot of research, but I definitely put my own spin on the mythology included in this series. Freya controls the universe with a scepter that has a series of buttons and technological devices. Odin is a cyborg who lives on his own spaceship. The Valkyries are primarily clones except for a few and humanity is kept in the dark with an advanced mind-wiping program. It was so much fun to write!

Tell us more about the covers and how it came about.

The covers are from the amazing Rebecca Frank and were actually made before I wrote the series. See, I prefer to write stories to the covers and what they inspire in me. When Rebecca put these covers on sale, a story blossomed in my head and I bought them right away. It’s such a fun creative process!

I was inviting neighbors to my baby shower and they found out I was an author. One of them had already read books and totally fan-girled. She lives right behind me and was too shy to attend the shower even though she was invited. It was too cute haha.

Oh totally Ty, he’s a dream. I’d ask him to take me to Odin’s ship and explore the stars.

They definitely like to call their own shots. I’ve grown more reliant on outlining my books these days, however the characters will often require me to change or completely rewrite it!

I probably already have the cover, because that’s just how I roll lol. Then I write the blurb, because I need a big picture understanding before I get into the nitty-gritty.

I just finished Crown Princess Academy book one and it was very well received. It is a fae story that was a blast to write. I’m working on book two, as well as launching a new pen name Aurora Weiss on which I’ll write LitRPG. I have over a hundred preorders and a contract with Tantor for a book on my new pen name (an audiobook publisher), so I better get cracking!

You can catchup with me at AJ-Flowers.com!