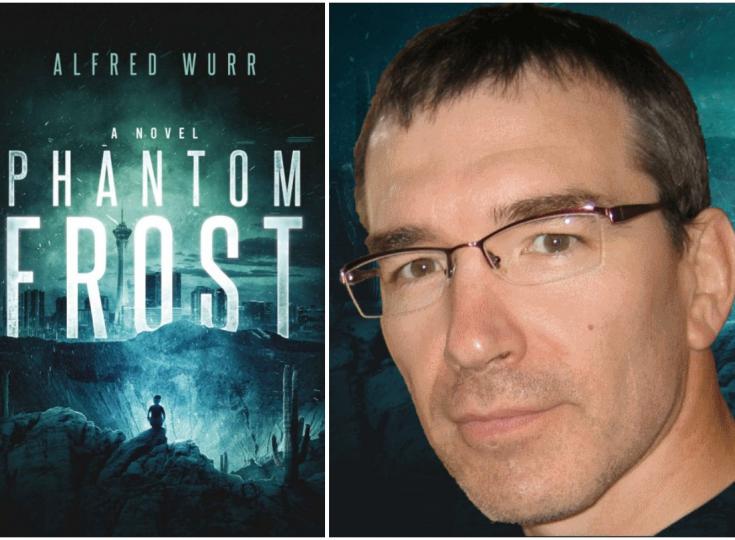 Alfred Wurr is a Canadian author, video game and software developer, computer scientist, and former Olympic wrestler.  As our Author of the Day, he tells us all about his book, Phantom Frost.

Please give us a short introduction to what Phantom Frost is about.

In 1983 Nevada, an amnesic snow being, haunted by visions of impending doom, must evade the government agents that hunt him. He’s got to keep a low profile and stay cool in a too-hot world as he seeks out an ancient chamber that may hold all the answers.

What inspired you to write about someone who has been kept at a secret government facility?

My main goal was to write a fun, exciting sci-fi/fantasy adventure story. I enjoy science fiction and fantasy that, while novel and exciting, explore deeper issues, ideas, and themes.

Along those lines, a secret government organization imprisoning Shivurr, in the name of preserving democracy and freedom, touched on questions of individual freedom versus the collective good.

Another theme, perhaps more central to the book (and future books in the series) is the importance and fragility of the environment and planet. Shivurr is a character that’s clearly out of his element, which serves to illustrate how important the environment is to all creatures, even fantastical ones with (seemingly) magical powers.

Our technology allows us to enter and survive environments that would otherwise kill us, which can help us forget that we are inextricably tied to this earth. We like to think we are separate from it, but we are in fact shaped by and extensions of it, so we should carefully consider our impact on it.

Tell us more about Shivurr. What makes him so special?

Shivurr is a living being of snow and ice, unlike any other creature known to science. He’s got powers to match that make him formidable and allow him to stay frosty (at least for a time) in heat that should turn him into a puddle. He’s someone that appears to be fragile, but in truth has surprising resilience.

He’s a person without history, due to memory loss suffered during his time at the Bodhi Institute. Without memories beyond his arrival at the institute, he’s had to reinvent himself. Isolated and lonely, he immersed himself in books, movies, TV, and games. As a result, he’s quite knowledgeable about pop culture, speaks with an American accent, and doesn’t seem all that different from a normal human being in attitudes and desires.

Beyond that he’s a generally kind person, a loyal friend, and an aggressive defender of those he cares about.

How have your experiences as a video game developer and Olympic wrestler influenced your writing?

Video game development led me to write Phantom Frost. As Shivurr developed within the game, I found I wanted to delve into his story and universe, giving more depth and explanation for the events of the video game.

I traveled frequently for wrestling competitions to countries around the world. It’s easier to write about different places if you’ve actually been there. Plus, it encouraged my interest in reading as I’d read a lot while flying or driving to competitions and training camps.

In which way is this book a journey of self-discovery?

Shivurr’s memory loss makes it a literal journey of self-discovery as he seeks to find out where he came from and hopes to answer the question of who he is and how he came to be a prisoner. He’s got some ideas and fragments of knowledge, but the details are lacking.

Despite that memory loss, he is still a complete person with his own personality, which may be different than who he was before, so it’s also a journey to see if he’s the person he is today, or something else.

If and when he does find those answers, he’ll be changed by the journey as well, becoming something new yet again, and so it is also a journey of self-discovery that comes from living one’s life.

Why did you pick the Nevada desert as the backdrop for your story?

I’ve always been fascinated by deserts and appreciated their beauty. Perhaps this comes from growing up in Manitoba, which is green and fertile in the summer, but like a desert of snow in the winter.

As the opposite of the ice-cold Manitoba prairie, which Shivurr would love, the Nevada desert was perfect for putting him in a dangerous situation. It’s one of the worst places imaginable for a living snowman to find himself, an alien plain of unforgiving heat. Plus, it had the advantage that with few human beings about, Shivurr could make an extended journey unseen.

The clincher was when I came across Lunar Crater while panning over Nevada with Google Maps.

Readers say this book was action-packed from the start. How did you pull this off?

That’s great to hear. I like stories that start with events already in progress. My interest is captured in the first few pages, and I find myself eager to know more. I tried to do the same in Phantom Frost and I’m pleased that readers enjoyed that about it. 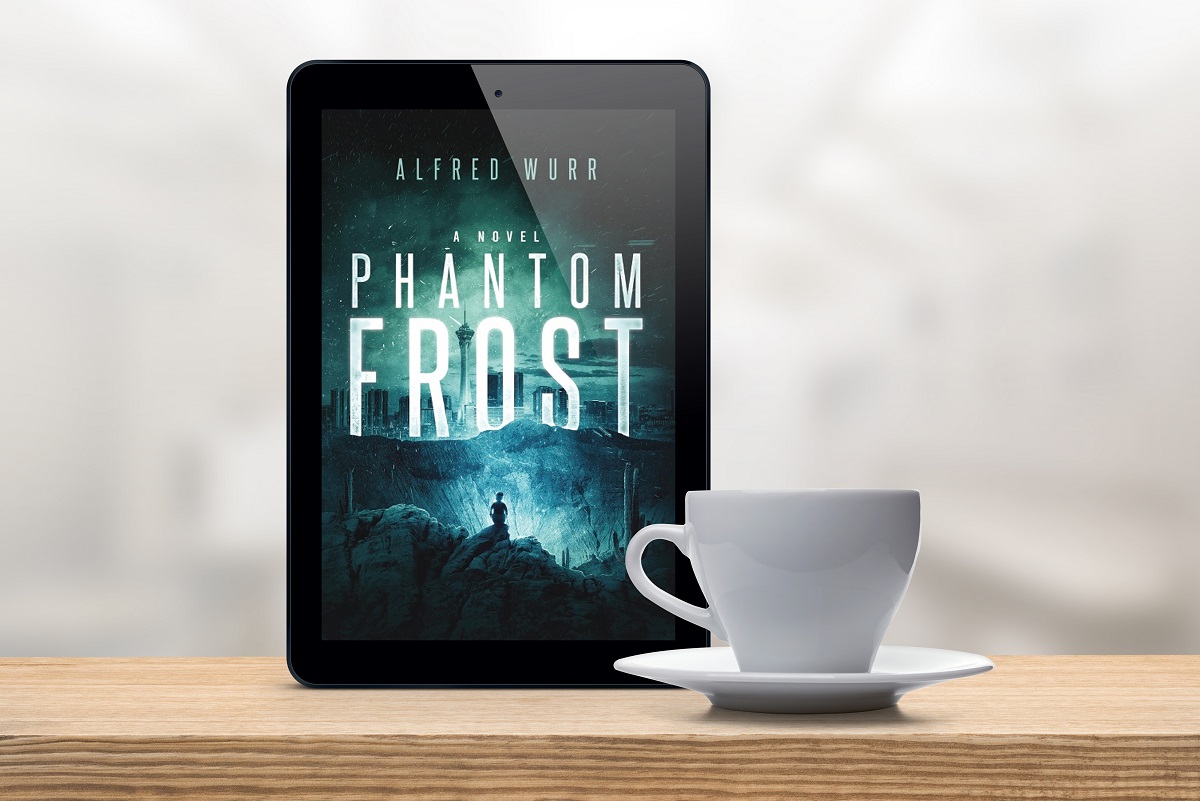 Which character in Phantom Frost was the most challenging to create?

Definitely Shivurr. He’s the main focus of this series. It’s really his story, which is why it is written in first-person, so he could tell it.

Quite a lot. Whether at the gym, mowing the lawn or driving, I am often thinking about the characters, their world, how and why they exist, their motivations and goals and stories.

I usually start with notes and ideas, then outline the story/plot thoroughly to set a framework for the story, then write sections in whatever order I feel like. It’s usually from start to finish, but I jump around a lot. At least, that’s what I do now. When I started, I’d just write by typing scenes on my smartphone at random free moments.