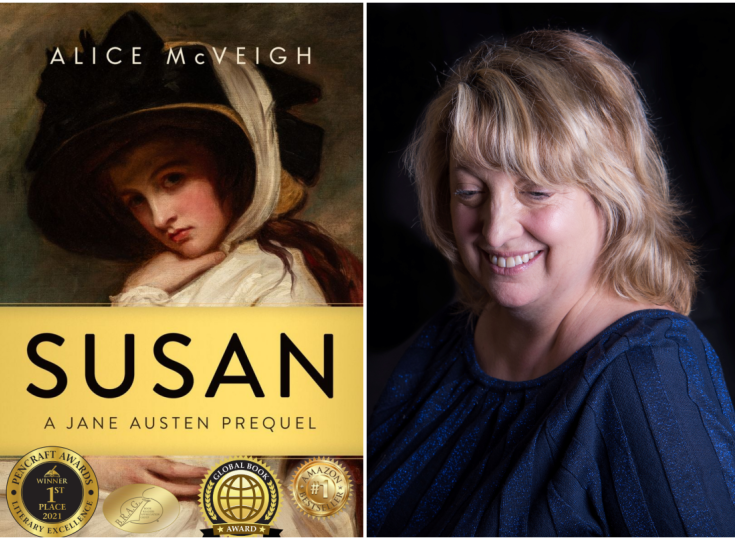 Alice McVeigh, a London-based ghostwriter, has had two contemporary novels published by Orion/Hachette, one dystopian thriller published by UK's Unbound (writing as Spaulding Taylor) and an Austenesque novel published by Warleigh House Press. Susan: A Jane Austen Prequel (an Amazon bestseller in four categories last July) was a quarterfinalist in Publishers Weekly’s prestigious BookLIfe Prize. It has also won the PenCrest Books Awards First Place, the gold medal (historical) in the Global Book Awards, an Indie B.R.A.G. medallion and has just been named one of Shelf Unbound’s Notable Indie Books of 2021. Born in Seoul, she spent her childhood in Asia with her career diplomat parents, but as a teenager living in the US began to play the cello. After achieving a performance degree at Jacobs School of Music in the US she came to London to study for a year – and married an Englishman – and stayed. Alice has toured the world performing in orchestras including the BBC Symphony and the Royal Philharmonic, but, since Covid, has become a full-time author. The McVeighs have one daughter and share an addiction to tennis. As our Author of the Day, she tells us all about her book, Susan: A Jane Austen Prequel.

Please give us a short introduction to what Susan is about.

Susan is a light, bright, and summery bit of Jane Austenesque escapism! - however, even I was taken aback when Publishers Weekly rated it "10 out of 10. Pitch-perfect: this Jane Austen-inspired novel echoes the master herself."

What inspired you to write about Austen's Lady Susan as a young lady of just sixteen?

I always wondered why Lady Susan (at 35) is the way she is. Also, there are far too many books inspired by Pride and Prejudice already!

This novel has won several book awards. What has the experience been like for you since publishing it?

As for the awards - well, it's all street cred., but it's also luck of the draw. I've been very, very lucky. But it comes down to the personal taste of the judges who actually wins: ask any Booker Prize jury member!! There are always plenty of writers good enough!

Did you always know you wanted to be an author? What inspired your debut?

My father was a biographer and my mother and sister are editors: my uncle wrote novels and screenplays. It was probably inevitable, but my passion for the cello has warred with it for most of my life. My debut was inspired by my playing in several different London orchestras, on the cello, and started life as an interlocked series of short stories.

Only playing cello. That's it!!

How much research did this book require from you to make it feel authentic?

My research was absolutely painless. I simply started reading all six of Austen's novels as a teenager, and never stopped. Have probably read them all over 100 times. My husband sometimes opens one and tests me, giving me a line. 95% of the time I can give the next line. My party trick!

Seriously, however, it's much easier for a Brit, especially one married to an old-fashioned Englishman, to pull off the style and rhythm. Some Americans etc. do exceptionally well, but it's not often quite so natural.

Mr. Johnson. He is a character - self-made, self-important, but loveable - whom I created, and he gave me more pleasure than Lady Catherine de Bourgh, Frank Churchill etc. all put together...

It can happen. But I never outline, so I generally let them.

If it doesn't work out, I can always go back.

Why are you a fan of Jane Austen?

Why would anyone NOT be?

What was your biggest challenge when writing this story?

Being true to her characters. With my own, I felt much freer.

Since March 2020, it has become both easier and harder. Cello work has dried up, so it's what I do. But the fact that it's what I do does add pressure.

The second in my series of Austenesque novels will be published on Feb. 3. It's a (very) original "take" on Austen's Emma. 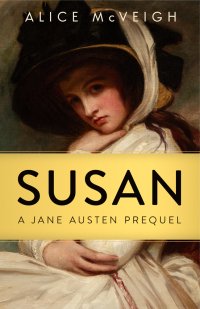