Ann Crawford - Experiencing Humans Through the Eyes of a Starbeing

Ann Crawford - Experiencing Humans Through the Eyes of a Starbeing
Posted on 12th of April, 2019 by Naomi Bolton 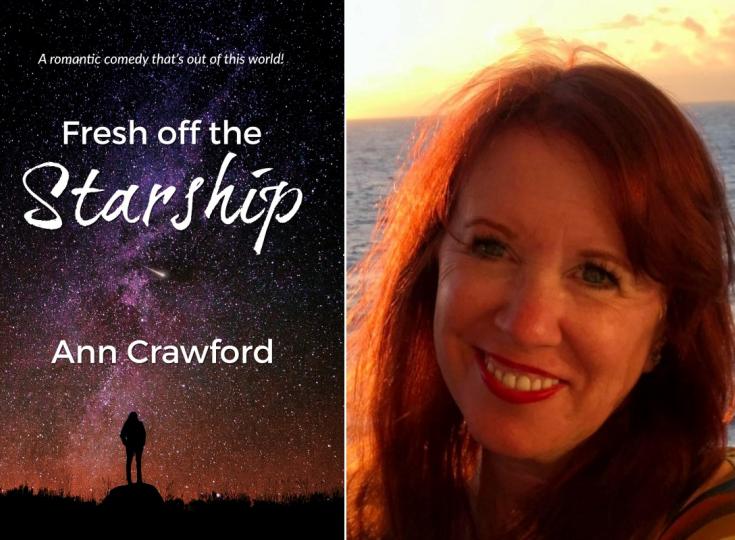 Ann Crawford is a world-traveling, high-flying, deep-diving, and life-loving author, screenwriter, and award-winning filmmaker. She’s lived “Oh, all over.” She went from one shining sea to the other, then to the prairie, then to the mountain – just to rock a couple of our patriotic songs here, albeit backwards. Right now her writing nest looks out on a couple of those purple mountain majesties, as she and her family live in Colorado. Ann's bestselling and award-winning novels go as high and deep as she does—they’re profound yet funny; playful although poignant; heart-opening and heart-lifting; thought-provoking and inspiring; and edgy while universal. Readers often say the worst part about her books is that they end. As our Author of the Day, Crawford tells us about her book, Fresh off the Starship.

Please give us a short introduction to what Fresh off the Starship is about.

Fresh off the Starship is a fun, quirky look at what it would be like to wake up…human! I know we do that all the time and we’ve gotten quite good at it, but what would it be like to wake up as an adult human and experience a shower, the sun on your face, making love, a Starbucks Macchiato (which leads to a When Harry Met Sally “I’ll have what she’s having” moment)?

A starbeing wakes up in the body of Missy, in Western Kansas—but she was supposed to be in Washington, D.C. where she could help humanity on a grand geopolitical scale. Wrong place, right time, though? Through meeting the people there, she learns—and reminds them—how awesome and special this being-a-human thing is.

Why did you pick Kansas as the backdrop for this story?

I moved to Kansas—from the Northern California coast and after growing up in New York—thirteen years ago to marry my husband and be a stepmom to his two wonderful kids. I’d been through Kansas a few times as I crisscrossed the country over the years. He grew up halftime in Wichita and halftime on a farm in Western Kansas. When he took me out there, I fell in love with the people and the land. When I would tell people from big cities and the coasts that I was living in Kansas, they’d roll their eyes—like I probably used to. So I wanted to celebrate these people and the land as well as delve into some of the issues they experience there, as many places do. I wanted to show these Kansas folks’ depth, sincerity, and wisdom—they’re definitely not the bunch of “hicks” so many may think.

Also, I heard a line from the movie Starman many years ago: something along the lines of “You humans are at your best when you’re at your worst.” I’ve wanted to create my own starbeing for decades and have to look through her eyes to see how beautiful we humans can be and how amazing life on Earth is. It was really fun to have to imagine taking a sip of water for the first time as well as the many other fun things humans engage in.

You have traveled the world and worked as a screenwriter and filmmaker. How has this influenced your writing?

I feel like one of the richest people on Earth, thanks to my ability to travel so far and wide, and my writing is made richer from my experiences. Almost every writing day includes someone I met or something I experienced in my travels.

Here’s one example: My first documentary was about veterans returning to Viet Nam to give something back to the country and to heal their wounds of war. It was one of the honors of my lifetime to be with these men as they shed twenty-five years of guilt. Several of their war, post-war, and PTSD experiences are included in Fresh off the Starship.

Another example is I’ve had many a heart-opening moment on the streets of the world, and one of them in particular (from India) made it into my book Life in the Hollywood Lane. I wrote from memory when I described the Garden of Gethsemane in Mary’s Message and the hills of Scotland in Spellweaver. But myriad snippets of conversations, fascinating people I’ve met, and beauty I’ve seen have all made their way into all of my books. 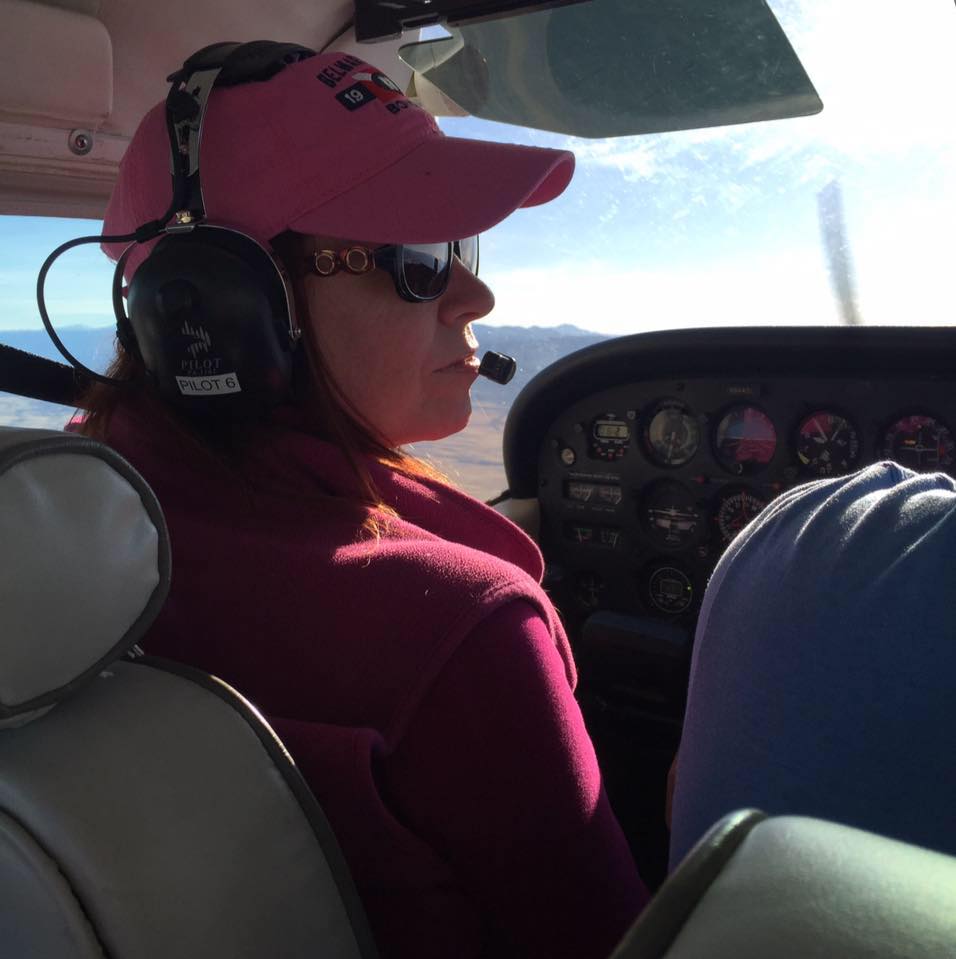 Yes! We all are very special in our own ways…we all have deep, profound wisdom…we all came to share a gift that only we can give…we’re all even bigger and more powerful than we might realize.

One thing is I perform improv. For someone who would happily be quiet and tucked away in my writing nest all day, this is a big deal. I also love scuba diving, riding the world’s fastest roller coasters, and flying a plane—thus, the high-flying and deep-diving part of my bio, which is also reflected in my books.

How incredibly awesome being a human is—what a miracle, what a gift. Sometimes we forget, but we can be reminded by someone who just dropped into it like Missy did, or someone who had a NDE, or just a peak moment of awakening.

I've enjoyed writing since I could first hold a pencil. As I was growing up, my mother was extremely ill, but she would read to me and those were among the most precious times of my early years. She always wanted to write but died before she could accomplish that.

Even as a youngster, I always figured I'd write books to give another child that same sense of connection....although it took many, many years to really get the books rolling. My first book was picked up by a publisher in 2001, and my writing has picked up steam so much that I've published 3 books in the last 18 months and 3 more are on their way. 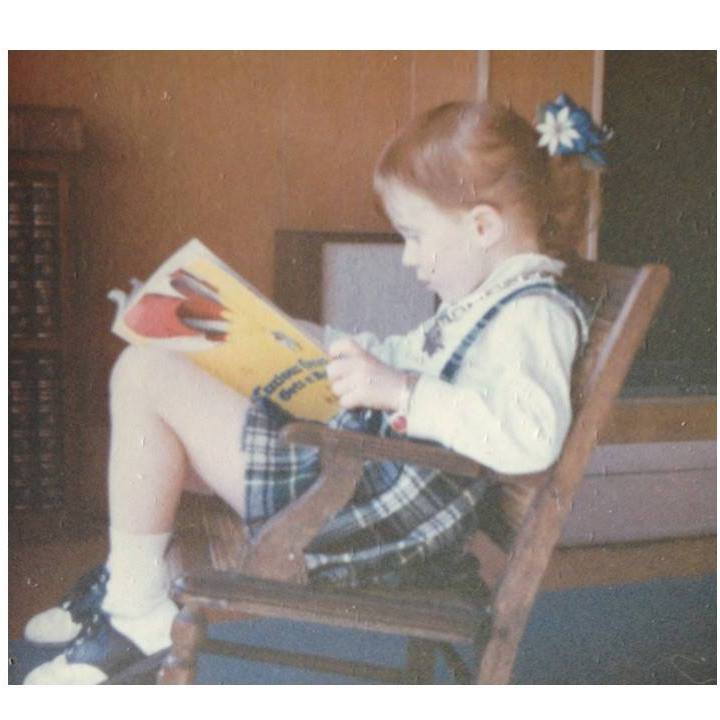 I can crank out a book fairly quickly, much to my joy. When I’m in “book mode,” I generally write for a few hours after meditating, which comes right after breakfast. In the afternoons I work on book marketing. Once the book is done, I take a break (which can include working on another book that I recently took a break from) and return to the book a month or so later to finalize it.

Yes, and with this book more than others. I want to write a sequel that puts Missy in Washington, D.C.

I write what comes to me, and most of the feedback is very, very positive. When I read a negative review, I just figure that my books aren’t for that person, which is fine.

I’m working on a story about three generations of women: a former hippie who’s still living like it’s 1969, an arch conservative, and a trans twenty-year-old woman. All under one roof. What could go right? It should be done within a month or so.

Another book I expect to have out soon is The Life of My Love, which is a fun non-fiction book about finding the love of your life…something I’ve turned out to be very good at!

My website is www.anncrawford.net, my Facebook Author page is https://www.facebook.com/anncrawfordauthorspeaker/, and my Twitter page is https://twitter.com/ann_crawford1. Those are the three places I’m most active. I look forward to chatting with you beautiful readers there!