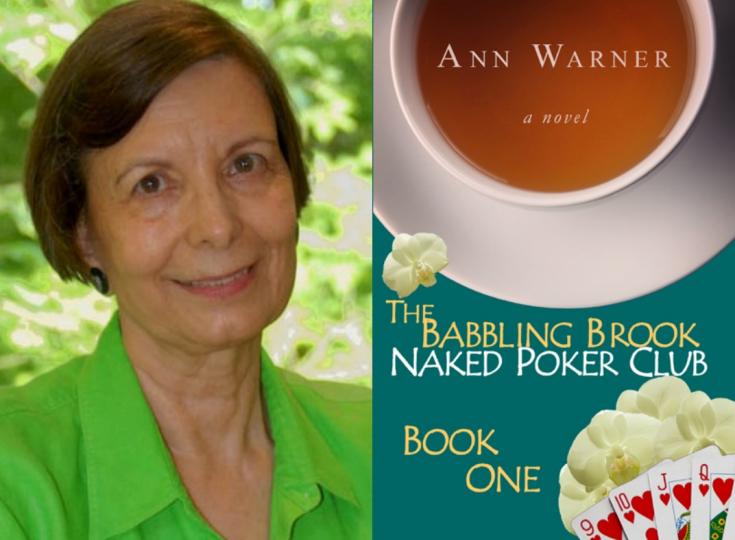 Raised in an Air Force family, Ann grew up to be a clinical chemist, toxicologist, and university professor, but her life took an unexpected turn in 2001, when she began writing fiction. Her debut novel, Dreams for Stones, was a finalist for the Indie Next Generation Book Award in 2007. Ann's novels about strong characters facing interesting challenges take advantage of the many unusual settings she's traveled to or lived in including New Zealand, Australia, Peru, San Francisco, Alaska, Colorado, Boston, and Puerto Rico. As well, her experiences as a toxicologist have added fillips of intrigue to many of her stories. As our Author of the Day, she tells us all about her book, The Babbling Brook Naked Poker Club.

Please give us a short introduction to what The Babbling Brook Naked Poker Club is about?

The main character is a woman who’s been parked in a retirement community by her son, who has no idea his mother is a woman of independent means. But, in addition to a healthy bank account, Josephine Bartlett owns the painting, Sea Watchers by Edward Hopper with an estimated worth of 40 million dollars.

Although planning to move out of Brookside as quickly as possible, Josephine’s plans begin to change after she meets Lillian Fitzel, who has dubbed Brookside Retirement Community Babbling Brook, a tongue-in-cheek reference to the lack of a brook and the nattering of some of the more garrulous residents. Lillian talks Josephine into joining a group that plays cards. When it’s Josephine’s turn to pick what game they’ll play she suggests strip poker. That morphs into naked poker, a game that requires emotional rather than actual disrobing.

Josephine and Lillian’s friendship expands to include the young woman who is the activities director for the community, Devi Subramanian. The three become caught up in several intrigues–the loss of valuables by three residents, an attack on Devi, and an attempt on Josephine’s painting. And, oh, yes, there’s also Devi’s developing relationship with a local cop Darren McElroy.

What inspired you to create a cozy mystery series set in a retirement community?

I belong to a community chorus in Cincinnati, Ohio which performs in retirement communities. Over the years, I gradually began to find these settings a rich source of colorful and intriguing possibilities. 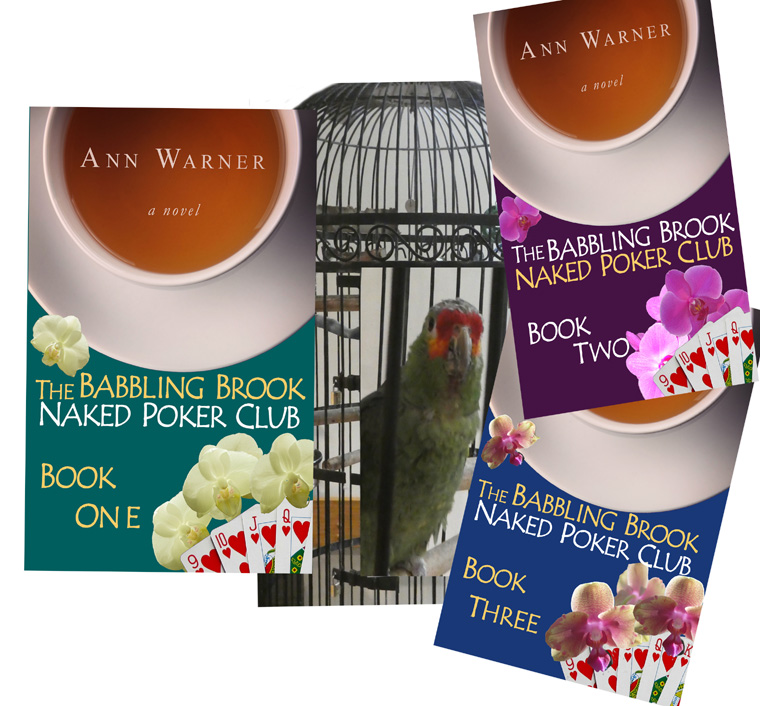 Tell us more about Josephine Bartlett. What makes her tick?

Josephine had an unhappy marriage to Thomas Bartlett. After his death, Josephine is determined to live a more authentic life, and luckily she has the resources to do so and is ready to fight anyone who would deny her that right.

My characters will necessarily be limited by who I am and by my vision of who they are. I’ve been blessed in my life to have lived many different places and known people from cultures other than my own. But I can’t claim to really know what it is like to be anyone other than myself. All I can do is try to convey what I have observed, and hope that it will come across as authentic to readers who share similar backgrounds or experiences as my characters. In this regard, I’m particularly proud of my novel Counterpointe. I’ve never taken even a single ballet lesson, let alone danced, but I’ve had readers who are dancers tell me my main character, a principal dancer, rings true.

What inspired you to bring a handwriting expert into the mix?

I have a sister-in-law who is a Graphoanalyst, and she’s shared many intriguing stories about her experiences. So when it occurred to me to use that in the story, I had a built-in expert to call upon, along with some ideas of how Lillian might use her skill.

You mean like maybe I’m a squirrel whisperer? Umm…not exactly. Here’s something, though. I trained in chemistry and spent nearly thirty years directing clinical laboratories. The last position I had was directing a toxicology laboratory which tested patients for the presence of drugs or toxins. At a weekly conference with emergency department physicians, interesting cases were presented. I’ve since discovered some of these making their way into stories I’ve written. (Memory Lessons is one example).

Readers say the conversations in your book feel natural and unstilted - how did you pull this off?

Dialogue in a story is not truly the way we speak. So it takes attention and effort to make it sound natural. What I do is keep each character’s comments as short and simple as possible, and I avoid using dialogue to explain things to readers.

Josephine was the biggest challenge, of course. Because she’s so complex, and she’s the fulcrum on which all the books rest.

The character who was the most fun to create was Myrtle Grabinowitz, with her beauty queen past and her current ditziness.

Oh, I never plan. I’m what’s known as a seat-of-the-pants writer. I discover the story the same way a reader does…one scene, one chapter at a time. And sometimes that’s scary, but I’ve learned to trust it will work out.

Which one of your characters do you think you would get along with the most?

I’d love to have dinner with Josephine, Lillian, Devi, and Mac. Myrtle would be fun for a few minutes, but I think, like Josephine, I’d soon find her tedious, even though I love her contributions to the story.

I’m fascinated by the creative process, both my own and that of others. I love Elizabeth Gilbert’s idea (from Big Magic) that we’re surrounded by ideas, looking for someone to pay attention to them.

When I look back at any of my books, I’m amazed at the threads making up each story. In every case, I began with a tiny “what if” and as I worked with that wisp of an idea, it began to expand and take on permutations and possibilities I had no idea about when I began.

I’ve learned to trust ideas will expand, even when I reach a point in the writing when I have no idea what comes next. I don’t force it. I give myself permission to take a break. Sometimes what works is doing something that requires minimal attention, like sewing quilt squares or ironing or washing dishes. Ideas seem to prefer a quiet mind.

A practical exercise I sometimes use is to set a timer for ten minutes and begin writing (with a pen) whatever comes to mind, even if it’s, “This feels peculiar…I don’t want to be doing this…etc. etc. etc.” If I keep that pen moving for the entire time, often something surprising shows up.

I’ve just finished Book Four of the Babbling Brook series. And yes, I left a few dangling threads which I hope will lead to Book Five.

I’ve also recorded audio versions of Books One, Two, and Three, and will begin working on Book Four shortly.