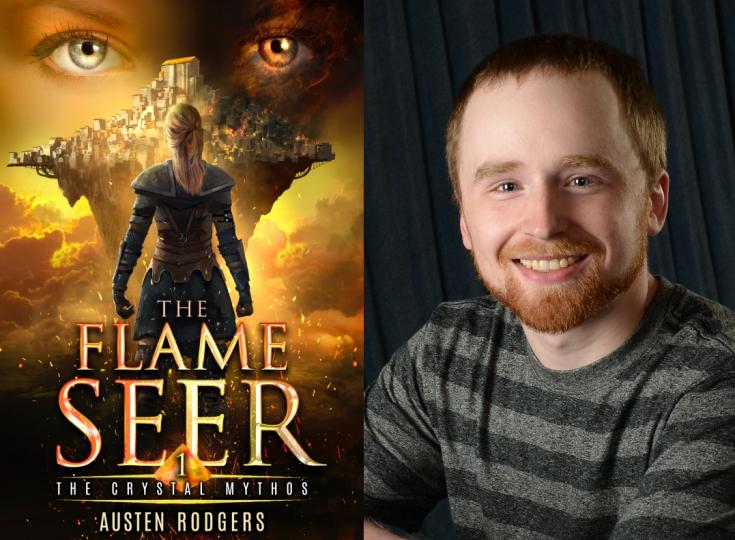 Austen Rodgers is a science fiction and fantasy author living his best (and only) life in Waterloo, Iowa. He spends his free time painting miniatures for D&D and dabbles with fantasy maps of his own creation. In 2015 he published his apocalyptic novel The Book of a Few, and earned his BFA in Creative Writing from Full Sail University in 2016. In 2019 he launched the first two books in my fantasy series, The Flame Seer and The Fire’s Scar, and completed the Crystal Mythos trilogy with The Fire’s Soul in 2020. Slaying warlocks isn’t an issue, either. As our Author of the Day, he tells us all about The Flame Seer.

Please give us a short introduction to what The Flame Seer is about.

Redemption. Angela’s a soldier, and her journey in the series is all about adapting and changing when faced with new difficult challenges. Sometimes sacrifices have to be made and she gets beat down, but by the end, she’s such a stronger person for it.

The Flame Seer is a high fantasy set in the times of ancient Earth, when Mesopotamia was blooming, and draws on myths from cultures like Sumerian, Akkadian, and more. By infusing my own twist on heaven, hell, and spirits, I’ve created a setting where the balance between the worlds is vital, your perspective matters, and everything is always on shaky ground.

Angela is cursed. Distraught by visions of raging fires in her homeworld, and mistaken for an enemy of her people, Angela must fix her soul and rebirth her identity—or burn.

Was there anything in particular that made you want to write this story? What inspired the creation of The Flame Seer?

Myths. Religion. The idea that good and evil is based on perspective. I’ve always had a fascination for the earliest known civilizations and what their beliefs were. Worldwide floods are prevalent in so many of these stories from all across the globe, and it made me think, what if all of these cultures got some of it right? Everything that we know now about these ancient times has been warped through time and language barriers in translation. In all that uncertainty, you’ll find my playground.

Tell us more about Angela. What makes her so special?

Angela and her people are my own twist on the Anunnaki myth, the Egyptian myth of angels. Speed and strength are the obvious things, but what’s more important is their souls. Aetherically attuned to their own world, their souls give them access to magic, but also serves as their biggest setback to peace.

As a character, she’s incredibly resilient, but just like everyone she has her limits. Underneath the stubbornness, the anger, she’s as fragile as anyone else. When the things/people she’s invested her time and love into turn against her, she’s not immune to that. It has a profound effect on her choices, and her choices affect the whole world.

This is the start of a series. Can it be read as a standalone? How do the other books in the series tie in with this one?

Yes! The Flame Seer is all about Angela’s redemption and rebirth arc. You can leave the story there, but there’s more in the next two books for readers who want to see Angela grow and change as she faces even larger challenges.

In which ways have your love for D&D and fantasy influenced your writing?

There’s so many examples I could use, but one stands out far more than the others. I first started writing when I was 10 (thanks Eragon), and around the age of 14 the home life got rocky and I fell out of it. Five years later, D&D with friends turned me around. First time playing, I was hooked. I immediately started crafting stories of my own and hosted games for my friends to experience. I had forgotten how sharing my ideas with people and seeing their reactions from my stories made me profoundly happy. D&D helped me find my passion again. Nowadays, D&D serves at a medium for me to explore and try new things, while fantasies like the Lord of the Rings always inspire me to create worlds bigger than our own. 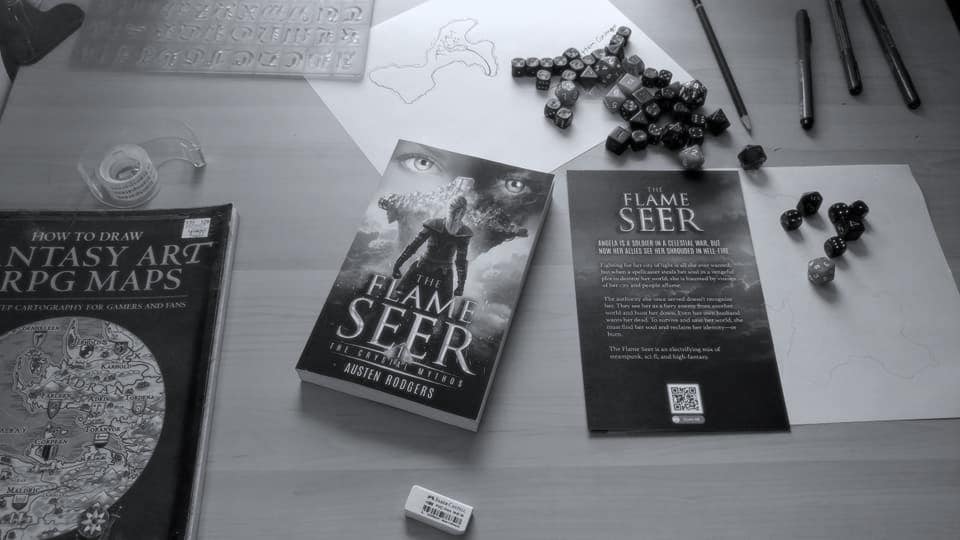 The cover for The Flame Seer was a collaboration of ideas between me and my artist, Jeff Brown. We wanted a cover that showed Angela’s strife—her city of light burning before her eyes—and I think Jeff did one heck of a job.

How many books do you plan to write in this series?

The series is now complete! Someday I might return and write a side story for a few characters, but Angela’s story in the Crystal Mythos series is complete in its three volumes.

Yes! And it’s a good thing. Angela’s just too stubborn sometimes and she has to take the reigns!

Creating a world that meshes myth and magic. I really loved building this world and researching for inspiration. Taking all that I’ve learned and creating situations for Angela to grow as a character was really my highest pleasure in writing this. I like to think that if she can persevere in all of this, we can persevere in anything our life throws us, too.

I’ve dabbled in writing sprints, tracking word counts, but the thing that’s stuck with me is plotting. I have to know where I’m going, or I get stuck. I find that when I get frustrated, I have to take a step back and investigate what’s missing, or not working. Contrary to some famous author’s suggestions, I find that ‘just pushing through’ doesn’t always work for me, and I end up making more work for myself later on. The trick is knowing yourself well enough to identify what works for you and when you need to adjust.

An average writing day for me involves a lot of coffee, metal music, and my writing buddy Sam nearby. 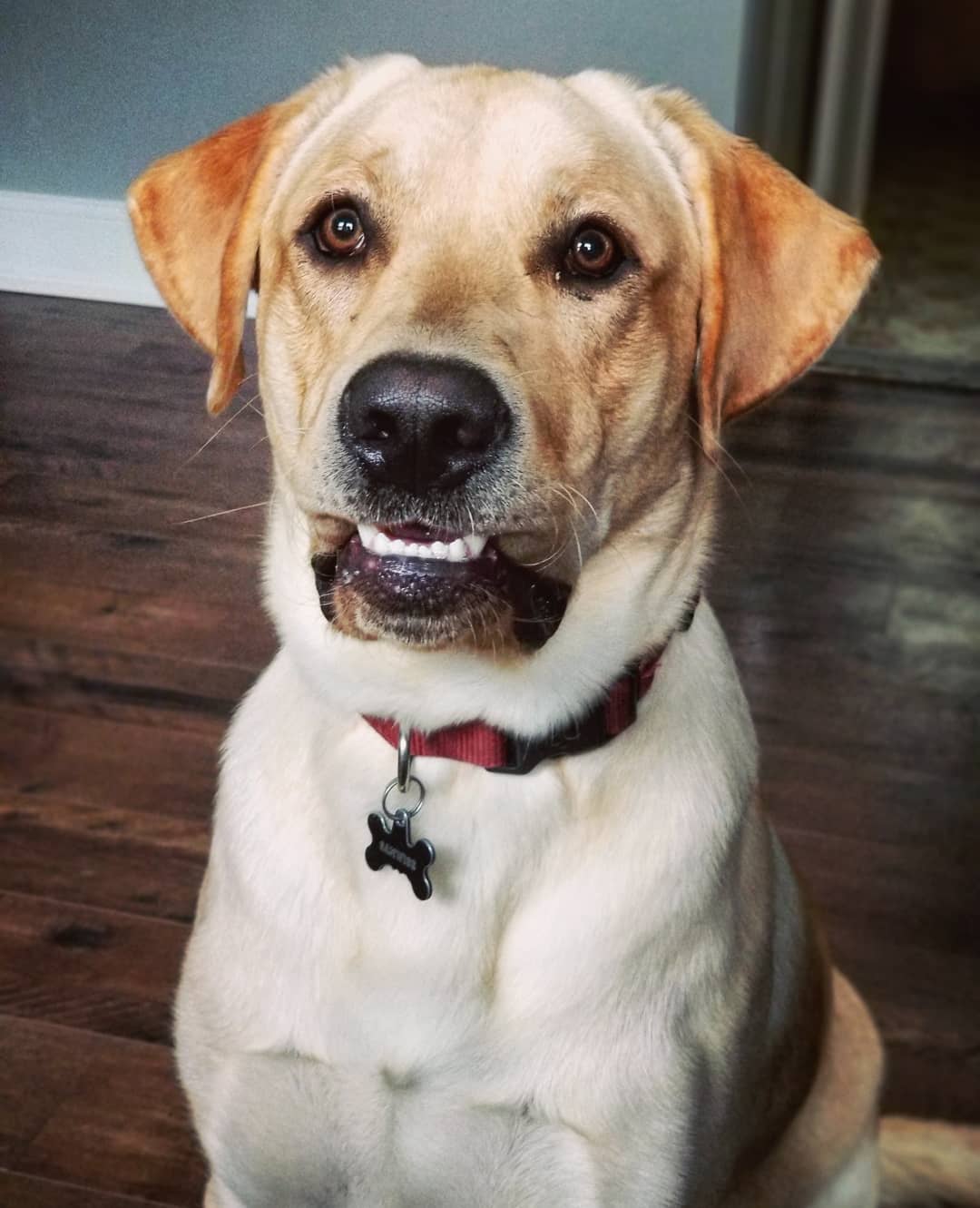 I’m currently worldbuilding a new fantasy series. This one will be my best attempt at mixing elements of Glen Cook’s The Black Company and George R.R. Martin’s A Game of Thrones in a more sword-and-board type fantasy. A dark, brooding world with a cast of characters acting independent of each other’s needs and sometimes betraying their ancestorial family creeds. There are calamities, rebellions, a hellish sword passed through generations of kings, and a stubborn prince who takes his father’s throne out of spite. The working title is ‘Hellknight’, but that’s going to change later on.

Of course, my central hub is my website, but I spend most of my social energy with my Patreon squad. Of course, I’m also active on my Facebook page. If you’re interested in checking out The Flame Seer, you can find it on Amazon!

Thanks for the interview, and thanks for reading! 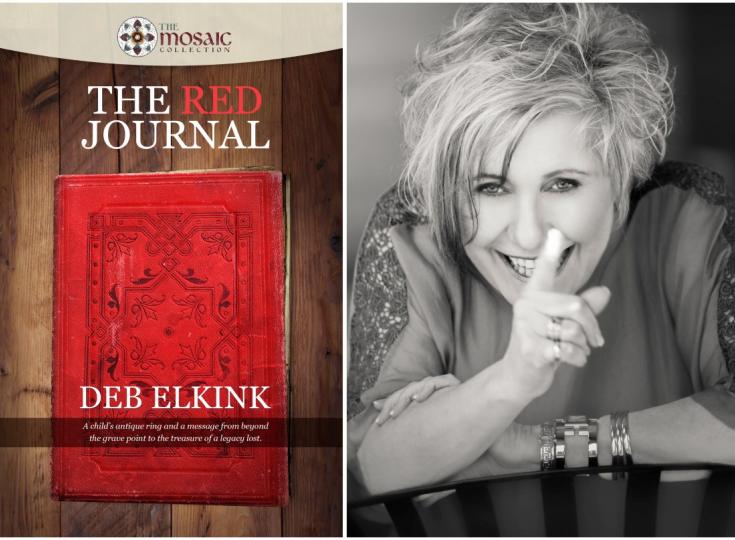 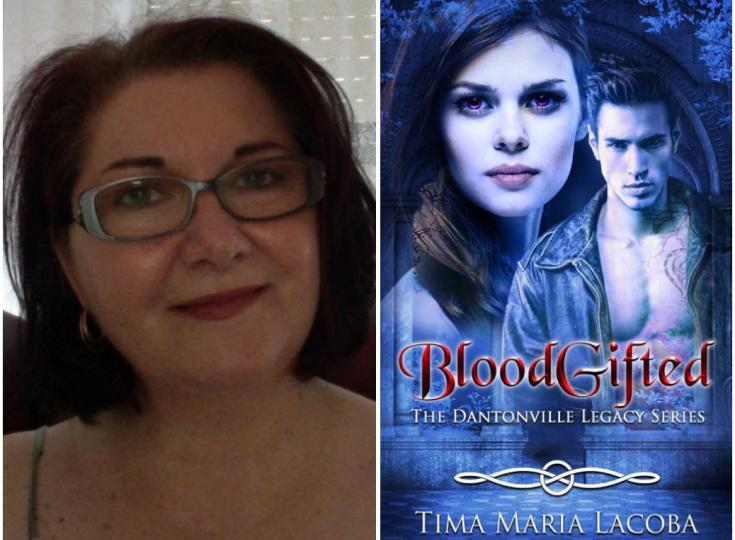 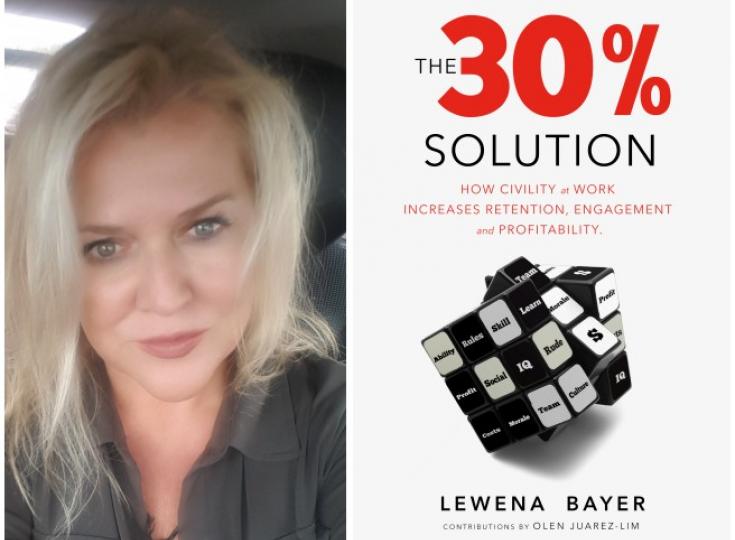 Lewena Bayer - How Civility in the Workplace Increases Profitability 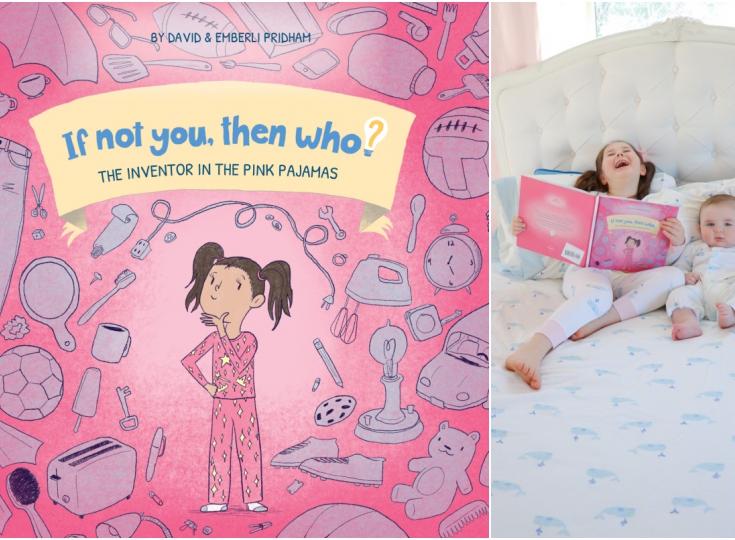