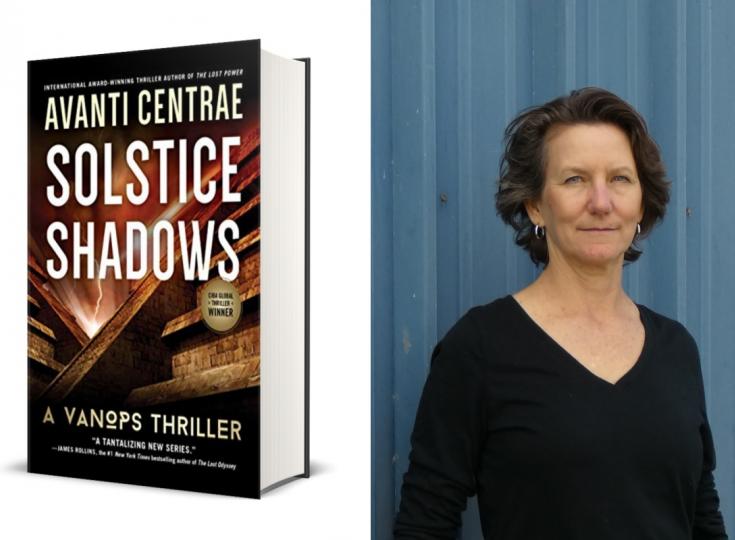 International award-winning author who blends intrigue, history, science, and mystery into pulse-pounding action thrillers, Avanti Centrae is the author of the international multi-award-winning and #1 best selling VanOps thriller series. An instant Barnes and Noble Nook bestseller, The Lost Power took home a genre grand prize ribbon at the Chanticleer International Book Awards, a bronze medal at the Wishing Shelf Awards, and an Honorable Mention at the Hollywood Book Festival. Solstice Shadows also released as a Barnes and Noble bestseller and quickly became a #1 Amazon bestseller, before winning a bronze medal at the Readers' Favorite book awards and nabbing the Chanticleer Global Thrillers Genre Grand Prize. Her father served as a U.S. Marine corporal in Okinawa, gathering military intelligence during the first decade after the Korean War. Her work has been compared to that of James Rollins, Steve Berry, Dan Brown, and Clive Cussler. She resides in Northern California with her family and German shepherds. As our Author of the Day, she tells us about her book, Solstice Shadows.

Please give us a short introduction to what Solstice Shadows is about.

Thanks for having me here today! Solstice Shadows is about a broad-shouldered marine turned covert agent named Bear Thorenson who wants his girlfriend, Maddy Marshall, to join VanOps, but the software expert and aikido black belt isn't sure she's ready for a hazardous dark-operations role that might risk the life of AJ, the nine-year-old boy she wants to adopt. Things change when an armed Russian thief escapes over a wrought-iron fire escape carrying her ancient star chart. She chooses to join Bear in the pursuit, because if her royal family legends are true, the mysterious chart leads to a superconductive meteor capable of powering the ultimate quantum computer. Upon learning the lightning-fast machine would be used by fringe members of the Russian government to spark a global war, and those same extremists kidnapped AJ once before, Maddy’s heart drops and Bear’s arctic-blue eyes turn to ice.

In short: A computer-app designer. An encrypted relic. Can she and the VanOps team decipher the dangerous code before extremists trigger a high-tech apocalypse? 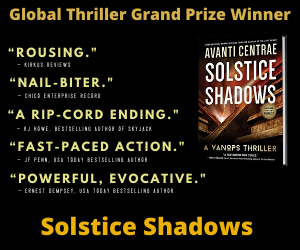 What inspired you to write about a computer-app designer and an encrypted relic?

I was that kid who studied the multi-colored world globe at family gatherings. My grandparents had one of those globes-on-a-stand, and I’d get bored during the small talk and pull the stand to an out-of-the-way spot in the corner to fantasize about visiting countries around the world. After college I worked in software engineering and traveled the world. Those experiences inspire my work, particularly the sense of wonder and mystery that I found while traveling. The encrypted star chart was a fun way to pull the story together because I love imagining alternate realities for historical figures. The first book in the series, VanOps: The Lost Power, explores the possibility of Alexander the Great finding an unusual weapon in Egypt. Solstice Shadows takes that scenario back further in time, to a historical figure revealed at the end of the book.

Tell us more about the Wonder Twins. What makes them so special?

Maddy Marshall and her twin brother, Will Argones, are both intelligent. When the series opens in The Lost Power, the tall, dark-haired twins are both working in their respective professional fields. Maddy and her boyfriend have just parted ways and she teaches at an aikido dojo part time. Will and his wife live on a boat in Brazil, where he works as an engineer. Every now and again, Maddy has a premonitory dream, and at the start of The Lost Power, she has a horrifying dream about Will’s wife. Her aikido skills come in handy as the story progresses, and Will eventually learns that he has a talent with knives. Will is a skeptic at heart and finds his skepticism helps him be prepared for a variety of circumstances. Although they’ve been somewhat estranged, like most twins, they share a unique connection that helps them as they face the many challenges ahead.

Your story spans the globe including the bazaars of Morocco, fallen Turkish temples and Egypt. Why did you take this approach?

I find unfamiliar places heighten the tension of a story. I’m fascinated by ancient times and other cultures. In this story, the ruins in Turkey and Egypt are related to the stolen star chart and were great fun to research.

This is the second book in a series. Can it be read as a standalone? How does it tie in with book one?

Yes, Solstice Shadows is designed as a standalone and is self-contained. There is a lot of character backstory laid out in The Lost Power, though, which makes Solstice Shadows a more enjoyable read if consumed after the first novel.

It’s not-so-secret that I spent over twenty years working in IT, and can pull together a mean spreadsheet. More secret is that I also spent a few summers as a raft guide, navigating the white-water rapids of the American River.

Readers describe this book as a nail-biter. How did you pull this off?

Building suspense is tricky. I think it comes down to getting the reader to care about the characters and then putting the heroes in a series of unpredictable and escalating situations.

Probably the boy, AJ. He originally immigrated with his family, and his parents were killed in a drive-by shooting. His foster family let him spend time at the dojo and he and Maddy bonded. In Solstice Shadows, she wonders if it makes sense to adopt him if she’s going to lead a life filled with danger and intrigue. We see his point of view in several chapters, and it was challenging to get the right wording and experience for his age.

I like to have subtle messages in each of my books. The underlying theme of Solstice Shadows is perspective, and how the way we see the world can either limit us or set us free.

Why did you title this Solstice Shadows?

Most of the story takes place around winter solstice and the clues Maddy, Bear and Will have to track down are found in ancient ruins aligned with the stars. Their hunt begins in one of my old travel destinations, Chichén Itza, where the ancient people designed pyramids that have stunning light and shadow displays during the solstice and equinox. The atmosphere in these places is perfect for a thriller.

These days, I begin with a draft of the back-of-the-jacket blurb to get a big picture perspective of the story, then jot down notes about the characters as I outline the work.

I write a good portion of my work when I’m not sitting at the computer, preferring to draft up chapters on the couch or on an outdoor swing. Also, ideas often come to me when I’m walking the dogs, or on a hike, or when I wake up in the morning. I jot the concepts down in my Blackberry and work on them later.

Right now, I’m working on the outline for the next VanOps thriller. It’s at that wrangling stage where all the parts are not quite jelling yet, but I sense it will come together soon.

I love to hear from fans. Readers can download the first six chapters of The Lost Power for free from my website: www.avanticentrae.com and they’ll be notified of future sales and new releases. I’m also on:
Facebook: www.facebook.com/avanticentrae
Twitter: www.twitter.com/avanticentrae
Instagram: www.instagram.com/avanti.centrae.author. 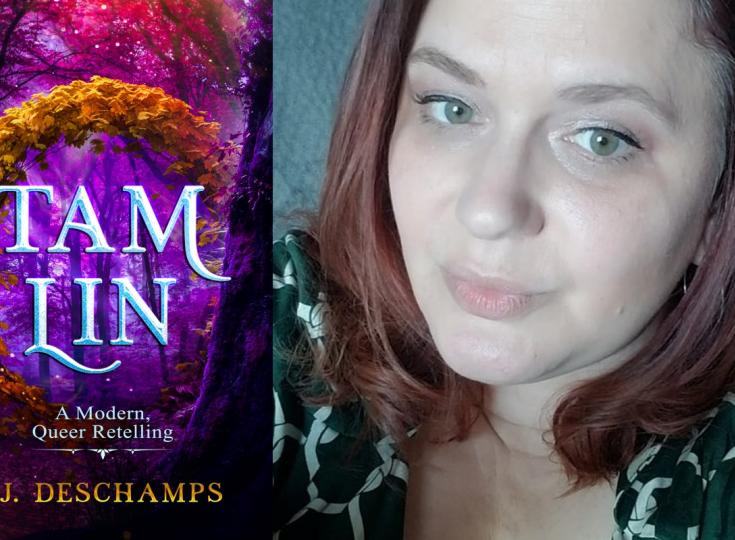 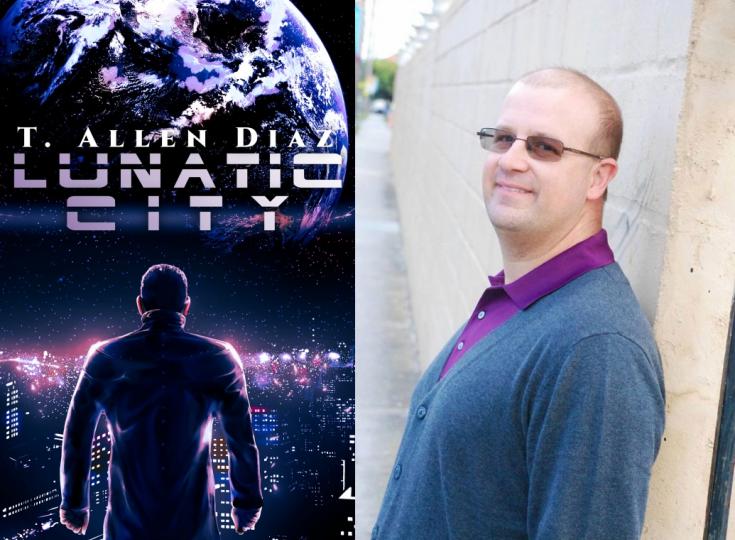 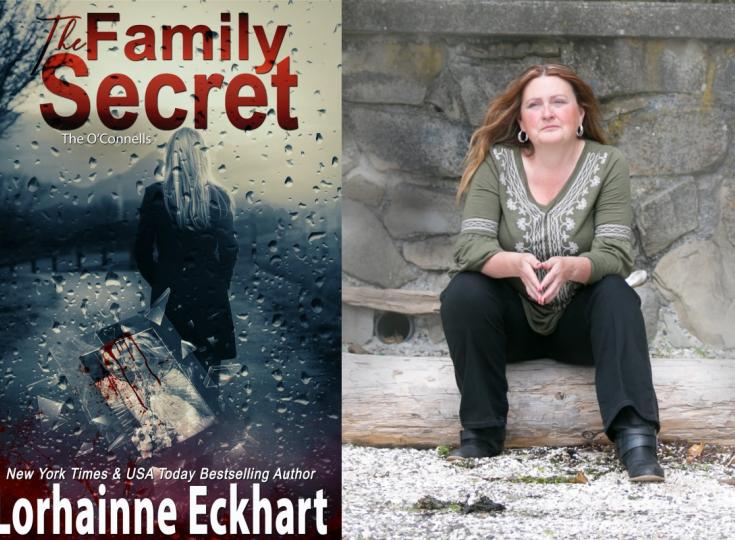 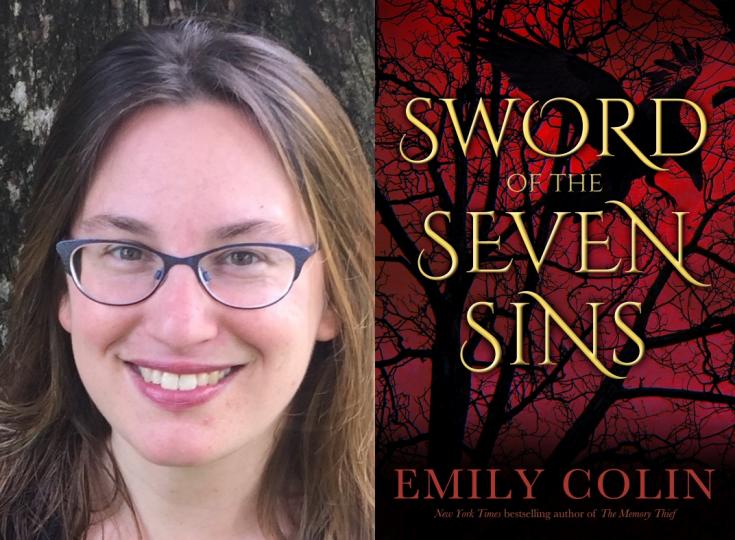