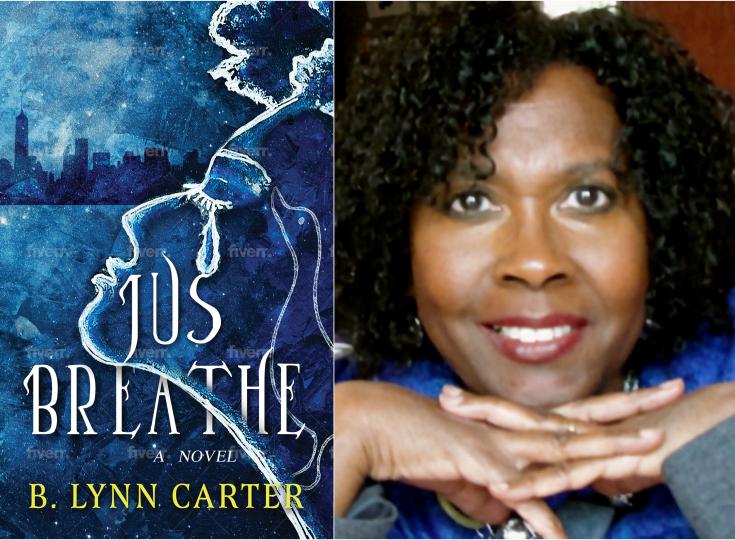 B. Lynn Carter was born and raised in New York City’s Bronx county. She earned a degree in creative writing from The City College of New York. Lynn has had several short stories published in various literary magazines. Her short story “One Wild Ride,” which appeared in Aaduna magazine in 2014, was nominated for the Pushcart award. Her short story “Las Sinverguenzas,” originally published in the Drunk Monkeys literary magazine in 2012, has been selected to appear in the fall 2022 anthology of Querencia Press’ Magazine. Currently, Lynn is working on a ‘Young Adult’ piece that, like all of her works, will be speculative in nature. As our Author of the Day, she tells us all about her book, Jus Breathe.

Please give us a short introduction to what Jus Breathe is about.

Jus Breathe is the story of how a young Black girl moves through the world having been stigmatized by the dark-skin-plex instilled in her by her father.

What inspired you to write about a young Black woman's struggle to defy her inner "Duckling"?

Some see the inner Duckling as a metaphor for a young girl’s insecurity about her looks, not at all unusual for young girls. Because I’m a fan of the paranormal, I originally conceived of the Duckling as a horrific entity that, literally, reflected all of Dawn’s ugly shortcomings back at her in the mirror. I saw a creature that sort to control her by threatening to shut off the breath that gave her life. As it often happens with my characters, the Duckling decided to define itself. Its definition depends on the perception of the reader.

Tell us more about Dawn. What makes her tick?

Why did you pick New York City during the sixties as the backdrop for your story?

I never lived anyplace other than New York. I was in college in NYC during the late sixties. Setting the book in this particular time and place was a natural choice for me. Although this book is fiction, the story allowed me to drift back through scenes, through smells, sounds, all those visions of the past. It was a labor of love.

Because the tale is loosely based on my own experiences, I didn’t have to do much research. I did have to check some dates to make sure they were right. For example the MLK uprising, the CCNY takeover, the year that Roe v Wade went into effect, but mainly the dates that the music was launched. (Unfortunately, my publishers made me take out most references to the music of the time. Ugh!)

Although I have come to think of writing as my superpower, I do dabble in graphic art. At one time, I wasn’t sure where I’d invest most of my efforts. I settled on writing. A picture may be worth a million words, but a million words can transmit a thought, an idea, or a vision into someone else’s mind like magic . . . telepathy.

Actually, this is where my art kicks-in. I had created an original design for a business card to take to a writer’s conference. I shared that image with my editor, who showed it to marketing and they thought it was perfect for the genre. So they took my original image of the woman-in-profile and, keeping my original misty-blue color scheme, they retrofitted it with the cityscape in the background. It was a joint effort and I love the results.

I think my greatest challenge was being careful not to blur the real with the fiction. I feel that reality is earthbound. It confines me. When I’m able to let go of what really happened, I can soar. I had to rewrite the entire last chapter because it was shackled to the ‘real,’ which was not very entertaining. Also, because many of the characters are fashioned on the bones of real people, I had to be careful not to offend friends who recognized themselves and would argue, “That didn’t happen!” To which I’d reply “It’s fiction!”

In which way is this a coming-of-age novel?

Dawn starts out traumatized, insecure and needy. She goes about seeking the love and affirmation of others. She even feels unworthy of being a SEEK student and going to college. She never acknowledges her strength, surviving in the world at sixteen years old. She disregards her superpower, the ability to recognize ‘leaving-time,’ and how it protects her from the pitfalls that could befall a sixteen year old, out in the world alone. Dawn is a survivor. That is her real superpower. In the end she comes into her own, holds her head up high, defies and defeats the creature in the mirror and banishes Danny and his toxic love.

Why did you title this book "Jus Breathe"?

The original title of the book was “Dawn’s Song.” The early drafts had a lot more references, but not the actual lyrics, to the music of the time. In those early drafts, the music played a larger part in the story. Unfortunately, I had to drop most of those references. In the end it was the off-handed remark of a woman in my writing group who said, “That gurl needs ta jus breathe!” Then, ‘music’ stepped back. The ‘breath’ took center stage. And the title was born.

I’m inspired by people. Everyone has a story. I was a co-founder of “Fanny Lou Hamer,” a small progressive high school in the south Bronx. There I’d talk to my kids listen to their stories, their heartaches, their challenges. Fannie Lou was a treasure trove of inspiration that bought me back to my own stories at that age.

I generally write early in the morning. I always say when the sun goes down, I’m done. I have been known to write for as many as nine hours straight. Recently I have developed this ‘thing’ that I can’t start a piece until the first sentence materializes in my head. Once I have the first sentence, I’m off and running.

Currently I’m in thinking mode. I did write a rough draft outlining the shape of my next project. When I showed it to my little writing group of four, they thought I should narrow the scope. There’s so much happening in the world today. I tend to want to comment on all of it. I do have two other full length novels that I’ve written. They take place in current times. I’m hoping to put forth the one entitled “The Eyes Have It.”

Have have a website that is basically a work in progress. Its lynncarterxbwriter.com

My Amazon authors page is a good place to reach out to me. Here’s the URL https://www.amazon.com/author/lynnsawriter_bxbabe2u 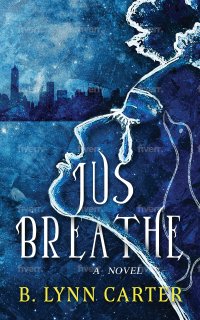 B. Lynn Carter
A tale of a young Black woman's struggle to defy her inner "Duckling" and embrace her true self. Set in New York City during the turbulent sixties, it's an improbable love story with precarious impulses, secret pasts, and inner demons.
Literary Fiction
$0.99
$5.99
Amazon