B. Taylor Lewis - An Impossible Marriage...An Unforgivable Act...A Story of Redemption
Posted on 18th of October, 2021 by Naomi Bolton 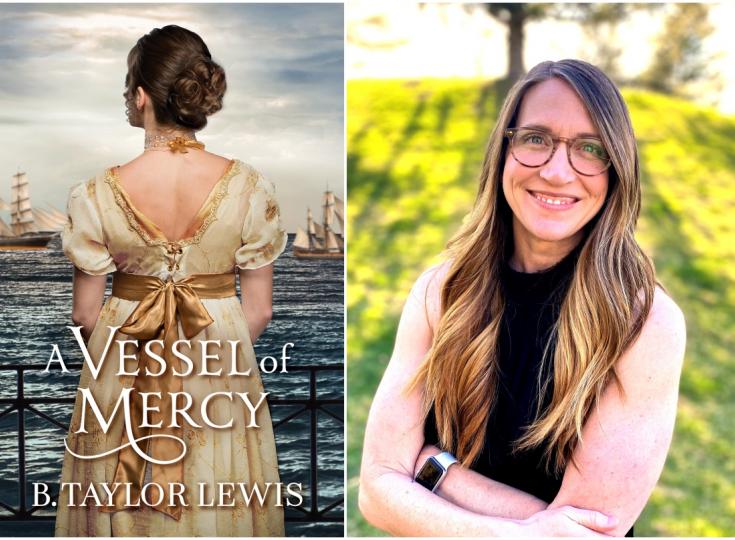 B. Taylor Lewis graduated from Texas Tech University where she studied English and education. For the last fifteen years, she has served alongside her husband and best friend in ministry both in Texas and in Utah, but one of her greatest joys in life is being called “Mom” to her three boys. As an adult with an active imagination and a desire to speak truth, she began writing for her local church which led to so much more. Now, she seeks to craft stories that ultimately point to the greatest story ever told, the Gospel. When she is not writing, she is usually pouring lattes alongside her husband with their side-business, working with special needs children, or searching for another adrenaline-pumping adventure. As our Author of the Day, she tells us all about her book, A Vessel of Mercy.

Please give us a short introduction to what A Vessel of Mercy is about.

A Vessel of Mercy is a story of redemption testing the bounds of forgiveness and the depths of God’s grace. Set in 1842 between London and New York, Abigail Wyndham must navigate the waters between her controlling father, Sir Rathburn, and her future husband, the ambitious self-seeking Charles Henderson. Charles commits the unspeakable—an act that threatens to ruin all he has built and puts Abby’s very life—and faith—at risk. In a prison of his own making, Charles grapples between guilt and God’s grace, all of which threaten to send him to the gallows.

About a decade ago, I felt very compelled to start writing this story. The character, Abigail, had so much to tell me. Hers is a broken difficult story that I’ve heard so often in real life from countless women. In fact, it deals with sexual assault, but there is nothing graphic as I try to care for all of my readers regardless of their past. But, in it, I wrestled with a question: How far does forgiveness extend? And if you’ve been forgiven, can you ever really forgive yourself? Seven years later the answer started to come together as I rewrote the ending multiple times. 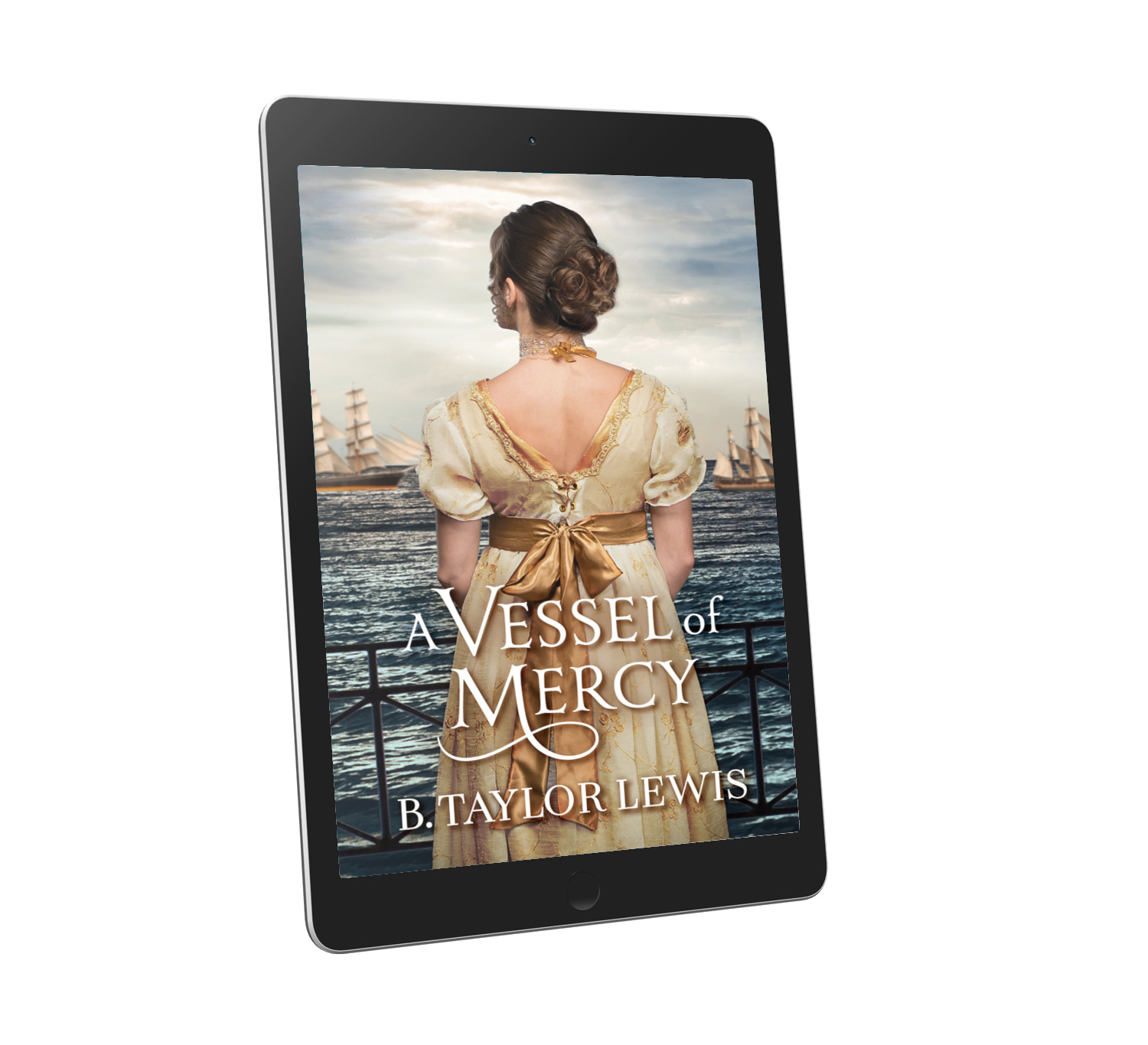 Why did you pick 1842 New York as the backdrop for your story?

I picked this time and setting because I was enchanted by these beautiful Victorian homes in my neighborhood. When I would drive past, they always left me wondering what life was like back then as they were freshly built. I wondered what women wore walking up their staircases, and what little details filled their everyday life. And as for New York, I was absolutely intrigued with learning as much as I could about the city when it was more farmland than the hub it is now.

Tell us more about Abigail Wyndham. What makes her tick?

Oh dear, sweet, Abigail. Well, fun fact: for at least 7 years her name was Emily, not Abigail! (That was for free). The thing that Abigail wants the most is love, namely, the love of her father. This is why I had to change her name to Abigail because that name means “the father’s joy.” In fact, one of my dear friends suggested the name change, and it is absolutely perfect. Abby has a fiery side that she gets from her mother, but also, she is led by her faith which makes her a beautiful heroine, the Christ-like figure of A Vessel of Mercy.

I suppose I have some skills in drawing and painting, but I definitely don’t do it often enough. It’s kind of a guilty pleasure to dive into, but I get so hyper-focused that I won’t eat or pay attention to anything else… That may be why I started writing, you know, to assuage that creative itch. It is a little easier for me to step away from a keyboard than it is a paintbrush! And I’m sure my husband and kids appreciate that. Haha.

What makes Charles Henderson so special?

Charles Henderson is an American-made man. He is what most men would want to be, at least outwardly. He is ambitious, charming, handsome—but also self-centered, manipulative, and overall pretty wretched. The thing is, he doesn’t know those terrible things about himself until those facets of his heart have led him to a destructive path. The thing that makes Charles so special, so dear to me, is that he is just like every single one of us when we face the worst part about ourselves. And, the only thing that makes him extra special is that he is forgiven, and a little more too. (I don’t want to give too much away!)

Why do you write Christian fiction? What drew you to the genre?

A story is a powerful tool. Jane Eyre by Charlotte Bronte changed my life in college, and too, Redeeming Love by Francine Rivers. These women’s stories speak to the heart in ways that other means just can’t. I chose this genre because of my conviction and faith. I can’t write a story void of these truths that have also redeemed me. I hate that we have to market it as specifically “Christian fiction” because the story is for everyone else too. But, that’s just the world we live in. I write stories for people to read, and it just so happens that they fall into this genre.

Oh my goodness, yes! Sir Rathburn—Abigail’s father! The villainy of his character caught me so off guard, and when it did, the rest of the story made so much sense.

I did continual research, and it continually caught me in rabbit holes of time-sucking attention. In the beginning, I checked out a lot of books from my local libraries and immersed myself in the time period. I wanted to be able to imagine the spaces my characters were walking in and pick up a knick-knack off of the table, know how to make a cup of tea with their primitive kitchen stoves, etc… One of the most fascinating pieces of research was around the character of Madame Restell. She is a real woman in New York. A real fascinating woman, and I can’t wait to explore more of her character in the next books!

I have my own little writing nook in my bedroom where I get to work. There is a writing music playlist I created on Spotify that has no words because I get too distracted. And also there must be the friendly flicker of a candle and a very large cup of coffee.

Right now I am working on the second book in my Vessels series, A Vessel of Wrath. This picks up where my last story left off and continues to explore those redemptive themes. I cannot wait to share it with the world. Those updates are available to my subscribers and if you like my Facebook page.

Check out my home online: https://www.btaylorlewis.com/