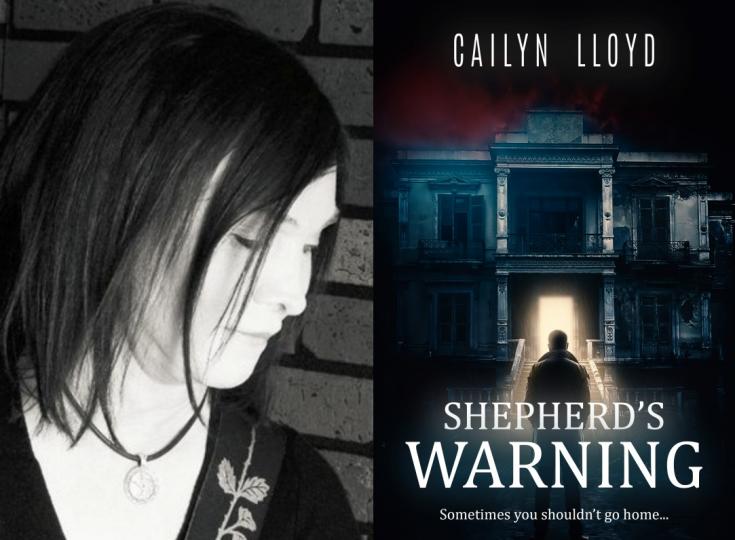 A lifelong writer, Cailyn Lloyd, spent three years living in a truly haunted house and experienced first hand the nuances of strange and eerie places. Shepherd’s Warning is her first novel. In addition to writing, Cailyn is an accomplished weather photographer and her work has appeared in several publications including Life Magazine and Time Magazine. She is also a composer and musician with three album releases to her credit. Cailyn lives near the Kettle Moraine State Forest in Wisconsin and when she’s not writing spooky stories, loves hiking with her children and dogs. As our Author of the Day, she tells us all about her book, Shepherd's Warning.

Please give us a short introduction to what Shepherd's Warning is about.

A quintessential haunted house story. Two sons inherit an abandoned mansion from their mother, a property she's kept hidden from them. But what starts as a simple haunting soon becomes something more complex, intriguing, and life-threatening.

What inspired you to write about two people who inherit an old mansion?

A love of old houses, ghost stories, Shirley Jackson, Stephan King. I lived in a house that convinced me that hauntings were real. I also lived in England for many years and boarded at a school that was four hundred year old. The stories and the histories there were amazing. In the 1950s, the Archbishop of Canterbury performed an exorcism in one of the rooms because of a persistent poltergeist.

Why did you pick rural Wisconsin as the backdrop for your story?

One of the tenets of writing is to write what you know and Wisconsin is what I know. All of my works in progress are set in the state.

Why, would you say, are old mansions so creepy?

It's a matter of size, age, and often the feeling of disuse or neglect. Big old houses, particularly if there are unused rooms, second staircases, dusty lofts or attics, have spaces that feel alive in some way—if only with the spirits of the past. It's a matter of history, the feeling that over the years, tragedy, jealousy, envy, maybe even murder would have visited and left some mark or residue behind.

Your author bio says you lived in a haunted house yourself. How much of your own experiences have you written into this book?

While I drew on my experiences, I didn't try to force them into the narrative. I only used what fit naturally. Mrs. Moskopf, who comes up twice in the story, was the woman who haunted my house—at least that was my theory. She was the previous owner and had died in the house.

I play a mean blues guitar and took photos of tornadoes for many years.

Readers say this book had them at the edge of their seats. How did you pull this off?

I wish I could figure that out with some certainty. I love reading thrillers and I always analyze how writers make their plots hum so I've learned by reading. Mostly, I like to leave something hanging at the end of each chapter.

The book contains some twists and turns. Did you plan this all out before you started writing, or did some of it just "happen" along the way?

I'm not very good at planning and tend to write with a seat-of-my-pants technique. I edit a lot as a consequence of my haphazard writing style.

Have you always known you wanted to be a writer?

Yes. I haven't always worked hard at it however.

No. While I create the characters, once they are enmeshed in the story, they tend to act of their own accord. I don't try to push insights through the characters.

No. I wish I was. I can write intensely, putting in six to eight hours a day when I push myself. I can also procrastinate and find ten reasons not to write. I don't really 'write in the moment' or wait for inspiration because then I would never write. I just plow through and fix the mediocre stuff later. 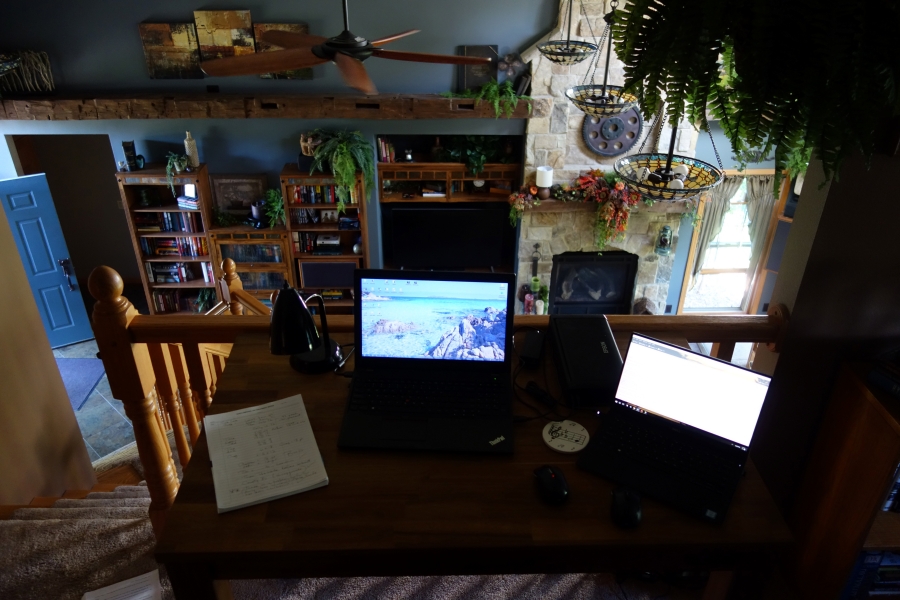 I have three projects in various states. 'Hill of the Dead' is about a Native American burial ground that is disturbed by a developer. Beneath lies something far more dangerous. The name is taken from a French place name in Wisconsin: Butte des Morts. 'Dead Silence' is gothic thriller filled with murder and mayhem. The third is a possible sequel to Shepherd's Warning.