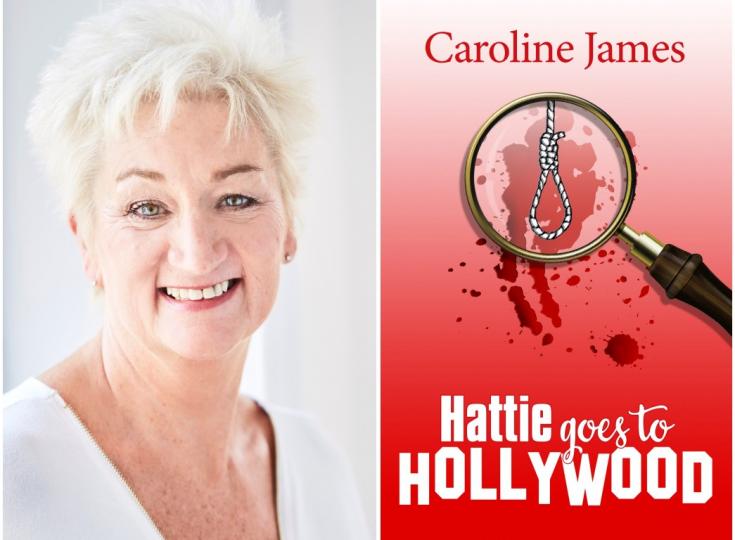 Best-selling author of women’s fiction, Caroline James has owned and run businesses encompassing all aspects of the hospitality industry, a subject that often features in her novels. She is based in the UK but has a great fondness for travel and escapes whenever she can. A public speaker, which includes talks and lectures on cruise ships worldwide, Caroline is also a consultant and food writer. She is a member of the Romantic Novelist’s Association, the Society of Women’s Writers & Journalists and the Society of Authors and writes articles and short stories, contributing to many publications. Caroline also runs writing workshops. In her spare time, Caroline can be found walking up a mountain with her two Westie dogs or relaxing with her head in a book, sipping raspberry gin and eating chocolates. As our Author of the Day, she tells us all about her book, Hattie Goes to Hollywood.

Please give us a short introduction to what Hattie Goes to Hollywood is about?

Hattie Goes to Hollywood is the first in a new series of stand-alone mysteries. It is set in England in the Cumbrian village of Hollywood, during one of the hottest summers on record. Hattie has inherited a dilapidated cottage and envisages a quiet life but when she is asked to investigate a sudden suicide, temperatures, and tempers rise as she discovers that there have been two more unexplained deaths. With mischief and mayhem aplenty in the closely-knit village, Hattie has her work cut out to establish the truth. 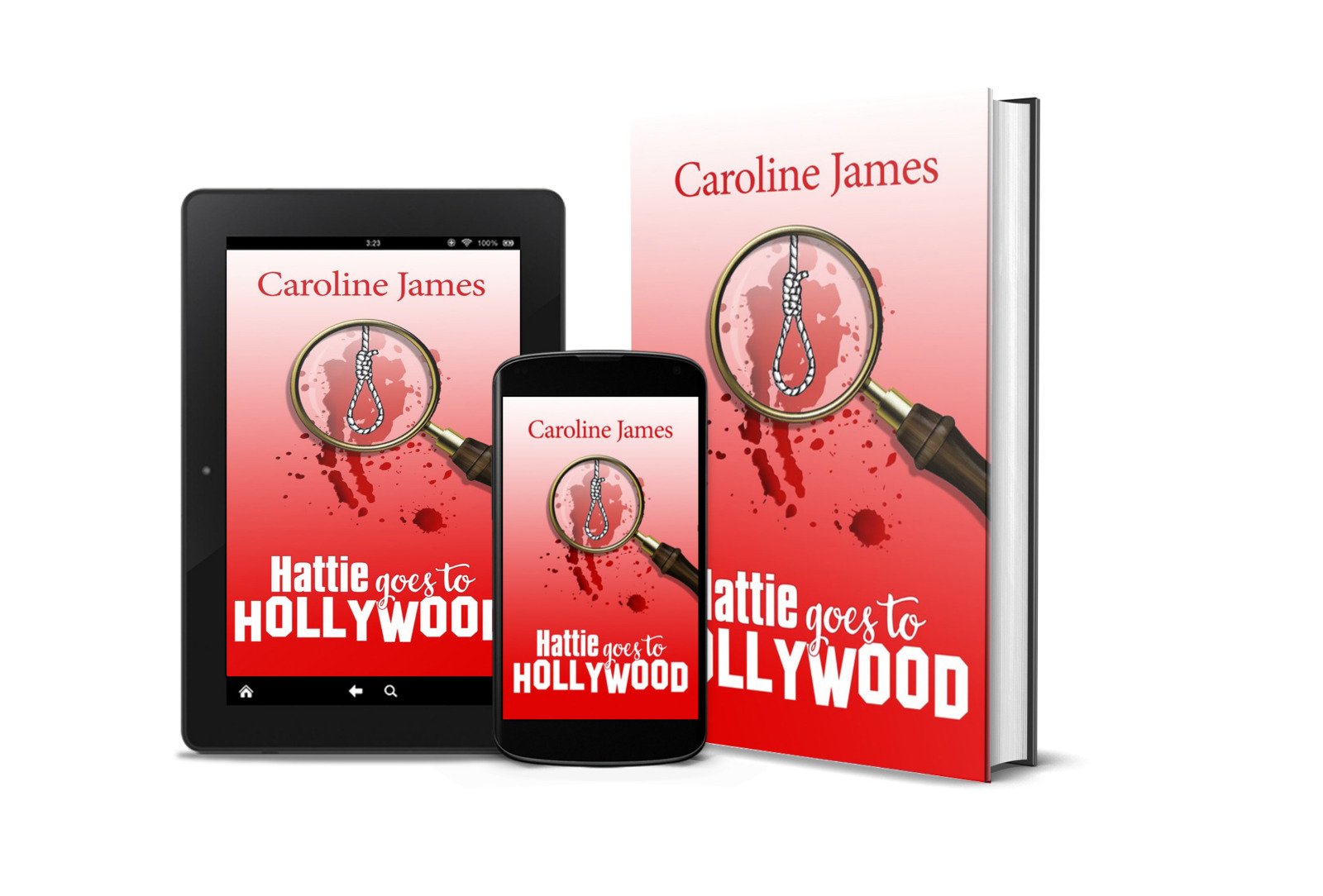 What inspired you to send super-sleuth Hattie to the village of Hollywood in Cumbria?

I lived in Cumbria for many years and owned and ran a pub in a small town then moved to a village where I owned a country house hotel. I love Cumbria, or the Lake District as it is also known, and I wanted to set a mystery around village life, which can be full of gossip and conflict and not always the chocolate box scene that it depicts. In my time in Cumbria many fascinating characters came through the doors of my pub and hotel and these inspired me to write the story.

Tell us more about Hattie Mulberry. What makes her tick?

Hattie is a larger than life character and has featured in previous books. Readers seem to love her and as much as I’d love to kill her off and start afresh, she seems to insist that I keep writing stories that include her. Hattie is middle-aged, nosy, full of mischief and loves life. She likes to eat and drink in abundance and enjoys many a romantic tryst.

You followed a career in the hospitality industry. How has that influenced your writing?

The hospitality industry is a revolving door where the public step over the threshold each day and you never know who you are going to meet next. It is a perfect environment to watch and observe many fascinating characters who have all helped to inspire my stories.

I play a very good game of thumb-wrestling! Tiddlywinks too. For many years I was an agent to several celebrity chefs and worked in the media, guiding their careers. I have always had a passion for food and cooking and this work was the perfect combination. I love to cook and nothing gives me greater pleasure than a gathering of hungry family or friends, around my kitchen table. I also like to climb mountains and have trekked in places such as China and Peru. 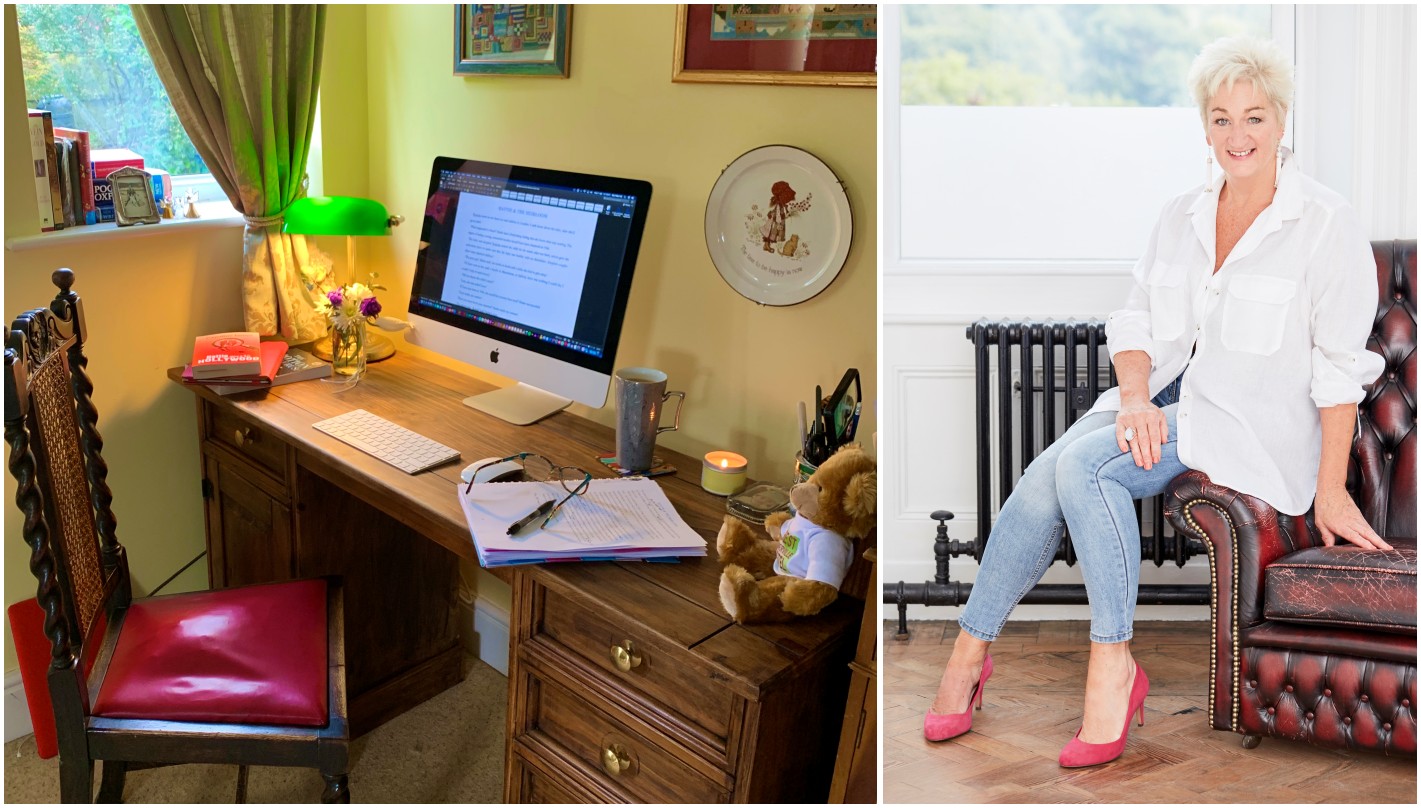 The book also contains a lot of fun and humor. Why do you take this approach?

Life should be full of humor; it brightens each day and makes us feel better. There’s nothing nicer than a good laugh, it releases happy endorphins. If I can make my readers smile then I think I may have done a good job with my writing.

Hell, yes. I’ve wanted to be a writer ever since I was a child, it has always been my dream. But my school days were miserable and I never thought I’d be good enough to produce something that anyone would want to read. In my early fifties, I had an epiphany and decided that I didn’t want to die wondering, so despite a very busy life, I glued my rear to a chair at every spare moment and began to write. My debut was inspired by an annual gypsy horse fair that took place in Appleby, in Cumbria where I ran my pub. It was a crazy week and memories of that time gave me the motivation to write the story for my debut, Coffee Tea the Gypsy & Me, the book has sold extremely well over the years and is probably my favorite.

If you could personally spend a day with Hattie, where would you take her?

Hattie and I would go on a lavish day out. We both work hard so it would be lovely to spoil ourselves. A day at the races would be cracking and give us a chance to get dressed up. There would be a fancy meal with some bubbles too and we would sit in the stand and watch the world go by. An occupation that we both enjoy. Hattie’s detective skills would analyze the human race around her and I would plot my next book.

Should this ever be made into a movie or TV series, which actress would you picture as Hattie?

That’s a hard one and I’ve yet to come across anyone that I think could play our dear Hattie. What do readers think? Perhaps they visualize a certain actress as they read about Hattie’s escapades? Maybe Rebel Wilson could audition for the role.

I find it very difficult to write when my heart isn’t entirely on the page and another idea is gnawing away. I have abandoned books twice when I’ve written more than half the story. I think you have to go with your gut feeling.

I’m currently writing Hattie & the Heirloom, which will be the next in Hattie’s sleuthing series. It is based in southern Ireland, an area that I like, and there will be lots of Irish shenanigans. The Irish know how to enjoy themselves and this suits Hattie as her stay is extended and her investigation into a missing heir deepens.

Coffee Tea the Gypsy & Me

Coffee Tea the Chef & Me

Coffee Tea the Caribbean & Me