Charlie Suisman - A Hapless Small Town With a Checkered History

Charlie Suisman - A Hapless Small Town With a Checkered History
Posted on 22nd of June, 2020 by Naomi Bolton 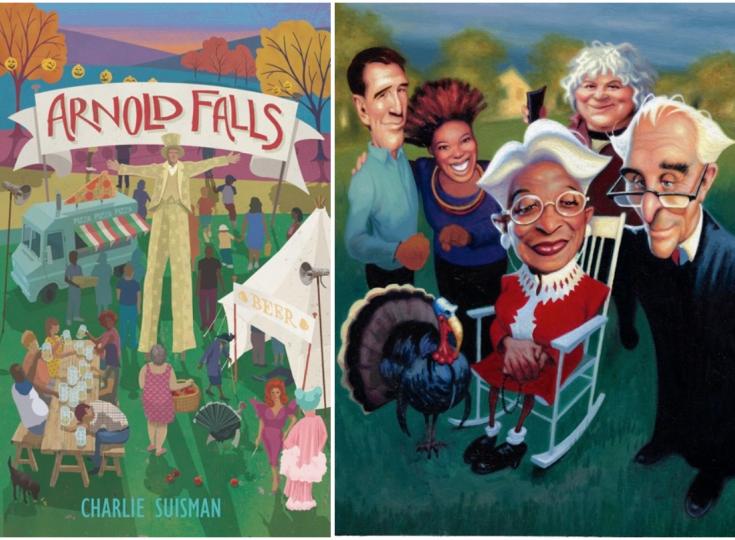 Please give us a short introduction to what Arnold Falls is about.

Arnold Falls is the story of a hapless small town with a checkered history, to put it nicely, located in the Hudson Valley. It's set in the fall of 2017 when a woman runs for mayor to challenge to the old-boys network and there's also a threat of a noxious factory being built. It's about a town filled with oddballs and how they manage to put one foot in front of the other, and get through it all. Mostly, though, it's the story of friendships of all kinds. Did I mention it's a comedy? It's a comedy.

Why pick a small village as the backdrop for your story?

I'm attracted to stories where large wheels turn on small events, and I find humor in operatic passions applied to minor matters. A small town also provides the canvas for surprising connections, which also appeals to me.

Your book has been likened to that of Armistead Maupin and P.G. Wodehouse. How much have they influenced your writing?

Wodehouse is an incomparable comic novelist. He manages to wring so much humor out of the smallest things like the theft of a cow creamer (The Code of the Woosters), as if someone challenged him: here's a cow creamer, make it funny. You have to be in awe. And Maupin's Tales of the City series was a huge influence on me, particularly as he was able to make you fall in love with a group of characters and want to follow them through all kind of adventures.

I have a lot of interests but precious few skills. My kung pao chicken is good.

How much did your experience with writing guide books to cities help with creating the fictional town of Arnold Falls?

They're more different than alike, but good guide books get you to the essence of a site or restaurant, or even a hotel by telling, as economically as possible, a story about it. Telling a story economically is never a bad lesson.

I had done the original cover and it just wasn't good enough. I looked at the work of dozens of designers and I kept coming back to Andy Bridge. His work isn't what I originally had in mind, which was something like the covers Ionicus did for Wodehouse. And even though Andy generally does more serious novels (like The Life of Pi), I just had a hunch he could come up with something wonderful - and he did. He said one note I gave him was helpful: I suggested a scene out of Bruegel, but with methane pipes in the field.

Did any of your characters go off on their own tangent, refusing to do what you had planned for them?

Bridget, definitely. She's an eccentric, old-school theatrical agent, who also likes to pick people's pockets just because she's good at it. She doesn't want the money (she always returns the goods), she likes the thrill of it. She's used to getting her own way, and she was itching to get into scenes where she had no business being. I had to put my foot down.

Are you planning on writing more books set in Arnold Falls?

Yes, the plan was for a series of four books, each of which could stand on its own but would benefit from reading in order. Each is tied to a season: the first book was set in fall, the next one takes place the following summer.

Aunt Doozy. She's the 93-year-old daughter of a black bordello madam, who has a problem with chronic flatulence. That's a set-up for broad comedy and I didn't want that for her at all. She is, actually, the heart of the book and I didn't want her affliction to be her defining trait. So that was tricky. Also, her mother moved north from North Carolina in the Great Migration, so she speaks much as her mother did, with a particular southern pattern and cadence. That called for a light touch.

I'm working on the second Arnold Falls adventure as well as an audiobook of the first book.