C.L. Charlesworth - What Happens to People When Secrets Devour Them

C.L. Charlesworth - What Happens to People When Secrets Devour Them
Posted on 26th of June, 2020 by Naomi Bolton 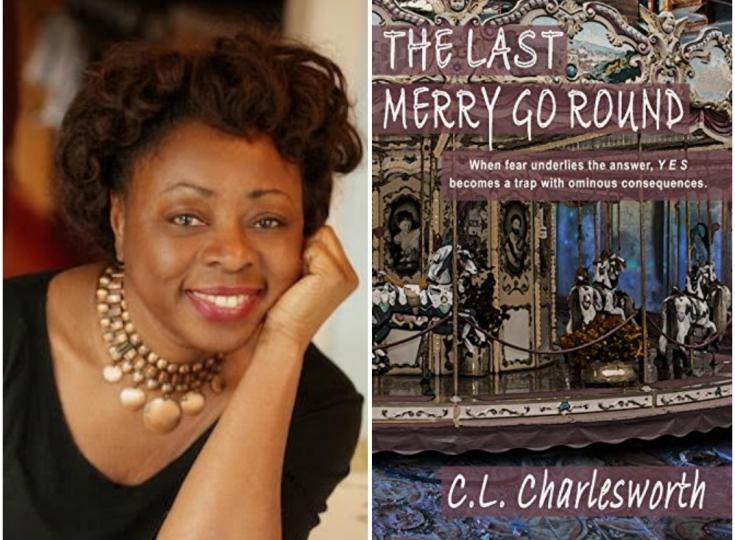 C.L. Charlesworth has the gift of imagination and that has been a beacon all her life. She's fortunate to be able to take a blank piece of paper and create a page-turning story that evokes a wide array of human drama. She is inspired by the simplest to the most complex challenge a person can face, and with that, derive empathy for her characters. Charlesworth would best describe herself as a "back porch storyteller"- writing that grabs you from the first sentence. As our Author of the Day, she tells us all about her book, The Last Merry Go Round.

Please give us a short introduction to what The Last Merry Go Round is about.

The Last Merry Go Round is a deliberate journey, paced in a raw and poignant, 1st person narrative. A psychological thriller scrutinizing human nature and what happens to people when secrets devour them. It’s an intentional plot grabbing you from the first page, pulling no punches as to who the characters are. You are a voyeur, hovering over conversations and watching scenes as real as if they were right in front of you. The unexpected ending, I believe, is what makes a book memorable, will extract discussion and reflection. When finished, you walk away thinking ‘I know people like this. I see myself in one of the characters’, and you wonder, ‘how could and can I make better choices.’ 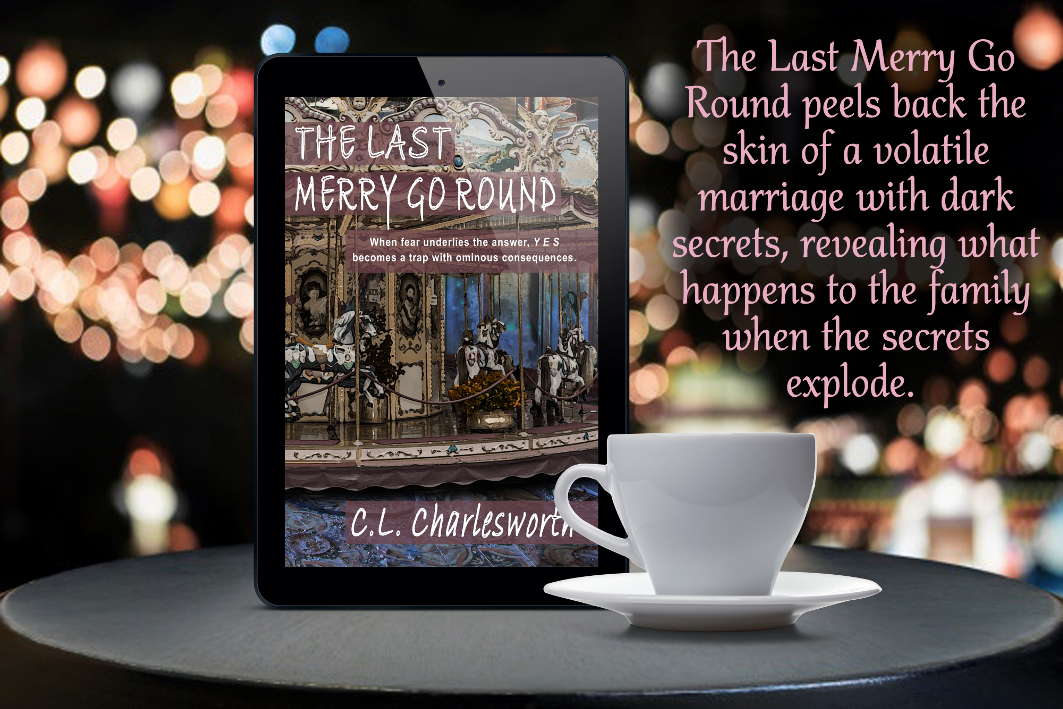 What inspired The Last Merry Go Round? Was there anything in particular that made you want to write this book?

The idea for The Last Merry Go Round came one Saturday when I walked to a 9 a.m. creative-writing workshop and encountered at an isolated crosswalk, a convertible Porsche. Inside the car were a man in a tuxedo and a woman in an evening gown. What affair had they attended? I watched with stunned curiosity, the more his voice raged. He called her vile names. The silent woman bowed her head and wiped her eyes. In the second she looked up, the man back-handed her three times. No one ever hit me, nor had my father beat my mother. I felt helpless as the car sped away. A real, unhinged sight and sound of someone's hand slicing into another's flesh isn't a movie. The image imprinted my mind.

Why are you so fascinated by human nature?

I feel we all have traits of good and evil. Our family, our environment, and socialization determine which side of the coin we choose to value. As a writer, examining human nature under a microscope brings a calculated depth into to my characters, the plot, and overall enrichment to the story. I saw written on a tee-shirt: Bad choices make good stories. I’m not interested in the room’s description---but rather, why the people are in the room.

Who is Diane Fletcher?  What makes her tick?

Diane Fletcher is the woman who passes you on the street. She’s your sister, best friend, neighbor, aunt, mother, or yourself. She is a part of a national statistic: 20 people per minute are abused by an intimate partner in the United States. Diane loves her husband, Richard. She is mentally trapped, unable to see beyond the woman in the mirror. Her lifeline, within her reach (should she choose it), is from an unlikely ally.

Your book refers to the letters Y E S. Tell us more about this.

I believe two of the most powerful words we know are: yes and no. They are the equivalent to the “fork in the road”. Do you make a left or a right? Many times, the consequences far exceed the scenery or journey. What we thought as a new adventure, is paved with disaster and fear. How we change directions depends on how far we’ve traveled on that path.

I’m a visual person, who loves international travel, different cultures, and uses photography to show places that have enriched my life.

Family secrets play an important role in this story.  Why?

Family secrets, in any family, are like links on a chain, connecting one member to another. Many times secrets are lies, past indiscretions, or piercing-holes into one’s present and future. The Last Merry Go Round is not just about abuse, but a plot weaving and unraveling each character’s admission and emersion into another’s life. The secrets I reveal are bitter, shocking, and fruitful revelations. They are important for the story’s physiological intensity, to have a huge circle-8-suspense, with the biggest secret exploding at the end.

The plot has a lot of twists and turns.  Did you plan it all out before you started writing, or did some of it just "happen" along the way?

I did not work from an outline. Every scene was on purpose. I felt for the story’s realism, I had to bring the reader front and center from the first page first paragraph, until the end. We needed to know who Diane and Richard were. I needed to space the plot out, revealing their story through Diane’s eyes, and then those she interacted with. I decided to break the chapters into The Beginning, The Middle, and The End, as representation of Diane’s life. It was a creative way to show her arch. Another ploy I used, was to have her refer to herself as “the wife” when she is out her body and mind. Gradually her arch shows strength when she refers to herself as “I”.

Some readers say they would love to see a film adaptation of this story. Which actors would you imagine in the roles of Diane and Richard?

I thought about it months after completing the book. The answer may not be the conventional one, but I see Reese Witherspoon and her ex-husband, Ryan Phillippe as principal characters. I feel the tension and realism between Richard and Diane need to be within two people who know each other. Reese and Ryan’s acting vulnerability will tell the story I wrote.

There were two instances; I’ve always enjoyed reading, particularly the required classics. I often rewrote a different ending, with my tenth-grade English teacher and mentor’s encouragement, as a way to release my imagination. Second, my father, a steel mill worker, sometimes missed his favorite weekly television shows because of his schedule. I would watch these programs and recant in detail back to Dad what was shown. Escapism out of boredom was my way to past time in a small town.

Writing is something I can do without anyone’s permission. My imagination soars, throwing myself into a character, a scene, or a plot. The feeling of storytelling is one of total satisfaction. The more I write, and the more people read my work, I feel the path chosen is the right one. After many male readers purchased The Last Merry Go Round and left amazing reviews, there is a feeling I can move people with my words.

I start the day off with breakfast and meditation. I write to classical or jazz music. My day sitting at an antique desk involves reviewing emails, checking social media, updating my blog, catching up with friends—very important during this COVID-19 crisis, marketing The Last Merry Go Round, and write at least 500 words on my next novel. And, then there are those days when all is tossed to the wind, and I just read and write. I don’t beat myself up for being the perfect writer. Sometimes, to be honest, I don’t write---but the thought of the story is never far.

I’m working a story about four, middle-aged four sisters, who have not seen each other since they were teenagers, and another story about a woman who is terminal, given eighteen months to live. Each story is about choices, with my usual unexpected ending.

My web and blog is www.storieswithlegs.com, Going strong for five years. Leave a comment!

I do have a personal email address, but you have to connect with me and continue a dialog before I release that!!!