Crystal L King - A Passion for the Food, Language, and Culture of Italy

Crystal L King - A Passion for the Food, Language, and Culture of Italy
Posted on 7th of November, 2019 by Naomi Bolton 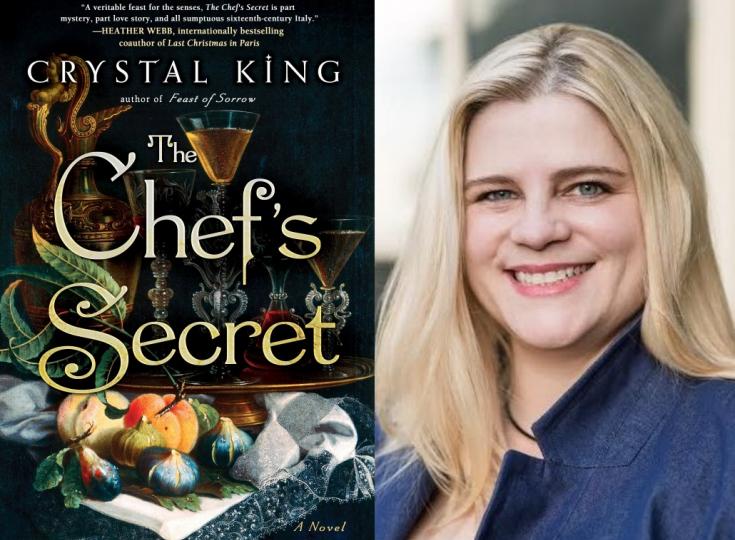 Crystal King is the author of The Chef’s Secret and Feast of Sorrow, which was long-listed for the Center for Fiction’s First Novel Prize and was a Must Read in the Mass Book Awards for 2017. Her writing is fueled by a love of history and a passion for the food, language, and culture of Italy. She has taught classes in writing, creativity, and social media at several universities including Harvard Extension School and Boston University, as well as at GrubStreet, one of the leading creative writing centers in the US. As our Author of the Day, King tells us all about her latest book, The Chef's Secret.

Please give us a short introduction to what The Chef's Secret is about.

The Chef’s Secret is a novel about the world’s first celebrity chef, Bartolomeo Scappi, who worked for several Renaissance cardinals and popes. When he dies, he leaves a stack of journals and letters behind in which his nephew and apprentice, Giovanni, discovers that he had a love affair with a noblewoman which lasted nearly fifty years. The book is a journey into the past to learn how this affair unfolds, and into Giovanni’s present as he tries to uncover the secrets of his uncle’s life. It’s a book full of food, of mystery and love. 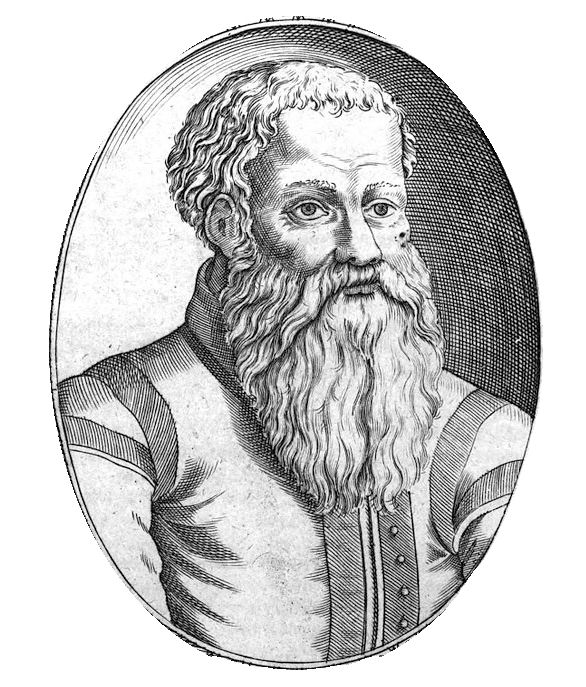 What inspired you to write about a legendary chef from Renaissance Italy?

When I was researching my first novel, Feast of Sorrow, which is about an ancient Roman gourmand, I was immersed in books about Italian culinary history. I came across information about Bartolomeo and his cookbook which was published in 1570. When I found that there isn’t a lot we knew about him other than the people who he worked for, and all of the vast information in his cookbook, I realized there was a great opportunity to explore a story with him in it. What was his life like? Who was he in love with? How did he end up living in so many different places, because it was apparent from the cookbook that he had traveled a bit in his life? I was also really taken by the cookbook itself, L’Opera di (i.e. the works of) Bartolomeo Scappi which contains over 1,000 recipes (over 900 of them include sugar!) and woodcuts of what a papal kitchen was like. When I read through it, I knew I had to write about the man who wrote such a cookbook.

Tell us more about Giovanni - what makes him tick?

Giovanni was Scappi’s real-life apprentice. But, we know very little about his real-life except that he worked for Bartolomeo, who thought enough of his nephew that he wrote and dedicated his legendary cookbook to Giovanni. We also know from Scappi’s will that he had a sister named Caterina, and I assume that she was likely Giovanni’s mother. Other than that, we know nothing else about him. This gave me a lot of leeway to figure out what his life might have been like. And the fun of that was that I let Giovanni figure that out for me. When he discovers these letters from a wealthy noblewoman to his uncle, he realizes that everything he knew about Scappi, and even about himself, is not quite what he thought it was. That puts him on a quest to find out the truth.

How much research did this book require from you to bring Renaissance Italy to life? What was the most interesting aspect of this research?

It was a great deal of research, but that’s part of what I love about writing historical fiction. I spend about 6 months to a year reading everything I can about the era, watching film and television set in that timeframe (mostly so I can get the atmosphere and costuming in my head), going to museums, talking with historians and going to Italy to the places where my characters might have walked. The most fun and interesting for me (besides forays into beautiful Italian cities) are recreating the dishes from the cookbooks and working with chefs, cookbook authors, historians and food bloggers to bring the food to life. I have a companion cookbook for this novel that my readers can explore, downloadable for free here.

Readers say that your book awoke hunger and the urge in them to go and experiment in their kitchens. How did you pull this off?

I wrote about what I loved about food. The smells, the tastes, how it looks on the plate. The food of this era is also absolutely delicious. It’s when Italian cooking as we know it begins to take shape so the familiarity and the cozy nature of these foods probably helped in that regard.

I can read at about 800-1000 words a minute, which means I can suck down books like they are candy. I was reading before the age of two and could read adult books (but perhaps not entirely understand nuance/meaning) by the time I was six or seven. This serves me well in the area of research but it means I’ve always had a space problem when it comes to books!!

What surprised you most about reader reactions to the book?

In both my novels I’ve been shocked that the sex scenes bother people more than the fact that I kill multiple people on the page (particularly in my first novel Feast of Sorrow). It baffles me—and saddens me—that loving, consensual sex isn’t ok, but violence is.

The Chef's Secret also touches on serious subjects like power, morality, and family. Why did you take this approach?

First of all, those themes make for great stories! When talking about the papacy or nobility, you can’t avoid talking about power. But there is also the power that we take to get the things we want, which can intrude into the world of morality. Renaissance families were different than they are today, particularly when it comes to nobility, and this also deals with power and in many ways morality. Women were property and had little agency. I liked exploring the differences between my two main female characters, Stella and Isabetta. Both are strong, but both have different levels of control over their lives, which makes for interesting writing. 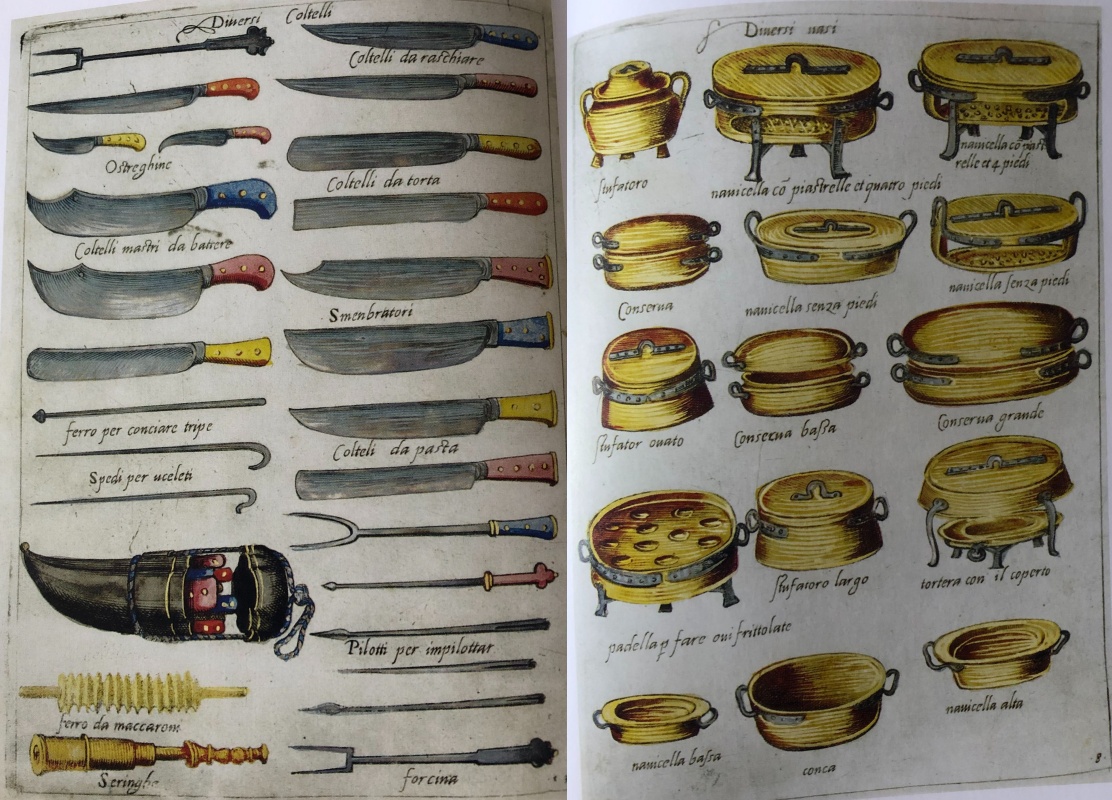 I feel the most affinity for Giovanni, I think, because I was working out so much of his story alongside of him. I always felt like I knew what was going to happen to Bartolomeo, but Giovanni was a little tougher for me, and I liked the mystery of him. I tried to imagine what I might do if I were in his shoes. As for the least, probably Romoli, who I tried to embody with all the characteristics of someone I would find maddening.

This happens all the time, although it’s not usually in rebellion against my plans, but often a different path to take the character to a similar outcome. To me that’s part of the magic of writing, letting the unconscious take over. I love that feeling of stepping back from the page and thinking, “huh, I didn’t know that was going to happen.”

I didn’t used to be a disciplined writer, and certainly not when I was writing my first two novels, which I completed primarily by writing mostly on Sundays, but not always. This year, however, I realized that if I want to fully make writing my primary career (I also work as a social media professor for a software company) then I need to be consistent and prolific. So to that end, for the last six months, without fail, I’ve been writing every morning for at least an hour, but often more. It’s made a huge difference in productivity on the page, but I’m also sitting with my characters differently, and thinking about them more, which is a good thing.

Um, most days? Writing is a beast. I hate doing it, feel lost when I am not doing it, but adore that feeling when I step away from the page and see a story coming to life.

I’m nearly finished with the first draft of a story about Vincenzo Cervio, the trinciante to the wealthiest man in Renaissance Italy, Cardinale Alessandro Farnese. It’s set in the same time frame as The Chef’s Secret, and yes, you might see an appearance from some familiar characters!

At my website, crystalking.com, readers can read all about the historical past of my books, download cookbooks, and check out my blog or sign up for my newsletter. And of course, I’m on all the social channels!