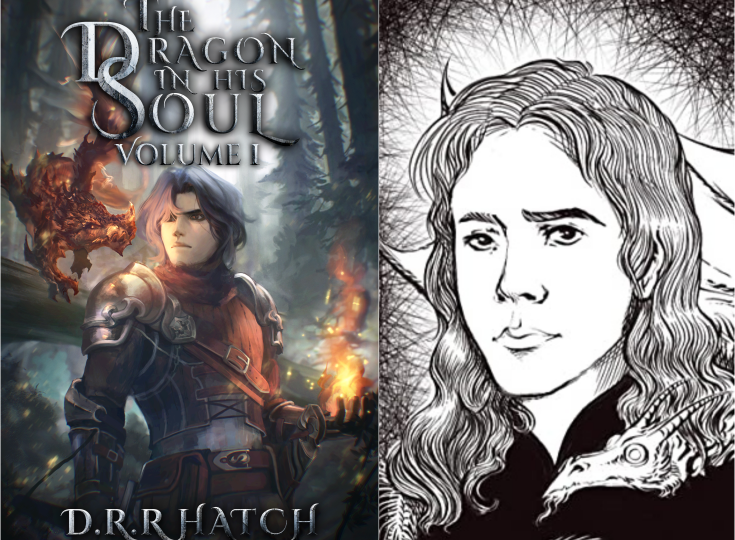 D.R.R. Hatch is a Progression Fantasy novelist intent on writing at least six books a year. He's written four novels and two novellas already, but they’re in another genre entirely. As our Author of the Day, he tells us all about his book, The Dragon in his Soul.

Please give us a short introduction to what The Dragon in his Soul is about.

The Dragon in his Soul is about Lael, a boy possessed by the spirit of a dragon. With it he has the power to summon black fire. People ostracize him because of it, so he hides the magic, seeing it as a “curse” from the gods. But when his mother falls ill, and the only thing that can cure her is an elixir hidden in a deadly sanctuary, he steps out into the unknown, where unimagined horrors push him to the brink.

Tell us more about Lael. What makes him so special?

Lael has a gift no one else has. He can breathe fire! And shoot it from his hands and feet. Who wouldn’t want that? Yet, he fears it, and people fear him. He’s misunderstood, ostracized, and looked down upon. He even believes that the gods, and a Being he calls Light, hates him for things he’s done. Throughout the course of the story, all of that changes. Readers will relate, because who hasn’t been misunderstood? Who hasn’t failed to appreciate the beauty of their talents, and their priceless, individual worth?

Why did you decide to write a progression fantasy epic?

It’s an underserved market with hungry readers. That, and I LOVE epic fantasy (Tolkien, Sanderson) and progression fantasy (Will Wight) so I wanted to mesh them together. It’s fun and rewarding to watch a character increase in magical power and prowess over the course of a series, so I decided to make my own.

My stealth is unmatched. Whenever I have to sneak out of a family gathering, I’m practically invisible.

New territory. This is the first Progression Fantasy I ever wrote.

When I got halfway into the story, there were aspects of the plot and the characters I needed to change. I kept writing, because I wanted to keep my momentum going, but it reached a point where if I went any longer, I’d just tangle things up. At around the 3-quarter mark, I stopped everything and went from the beginning, combing thru all the plot holes and flaws in my characters.

Not completely. I outline my stories and character arcs, but I leave a lot of wiggle room. It’s nice. When I have a skeleton, and I know where my characters and stories are going, I feel relaxed, and free to let my characters do as they wish, as long as I know where their going.

Readers say that Lael came across as a bit hesitant in the book. Why did you create him this way?

Right! I get this a lot. It goes along with his misbelief.

The power inside of him is dangerous, and people think of him as cursed soul, hated by God. He thinks this too. There are things in his past (which I won’t reveal here) that sustain that misbelief. But as you go on in the story, you see a change. His hesitancy fades. He has to take a stand and save his mother, or else.

Found an artist on reddit, sent him a sketch, and he got it done in about 2-3 weeks. I chose this design to appeal to fantasy fans, hence the dragon, the armor, the fire above his palm. I’ve been learning a lot about marketing and making sure to package a book that appeals to the audience your looking to attract, so I made sure to research what other epic/progression fantasy covers had.

Why did you decide to start your story with a deadly plague?

I wanted high stakes, and what better way to force Lael out of his comfort zone than to give his mother a terminal disease? My own mother suffered through cancer back in 2019, and has since passed on, so I wanted to put something in my story that reflected my own real-life experience.

Tell us more about Briar. What makes him tick?

Briar’s the son of a Lightsworn priest. His own family is struck with the plague, so he heads out to acquire the same elixir Lael is going for. With it, he can save his dying family. The man hates Lael, for his apparent curse and an accidental death he caused. Only one can get the elixir, and Briar will kill to make sure that that one is him.

It’s simmering in my mind for awhile, so I let my subconscious work with it. After, I throw up everyone on a page, all my ideas. Then I take that matter and put it into an organized outline. I need one! They give me so much security!

Not necessarily. I usually go to the library, to get away from distractions, and I focus for hours. Sometimes, when I’m close to a deadline, I pull 9 hour days.

I’m finishing the third book in the Dragon in his Soul series. As soon as I’m done, I’m going to work on the 4th book’s outline AND an outline for a new series I really, really want to write. It’s going to be in the “cultivation” genre (a genre that is under the Progression Fantasy umbrella).

They can go to www.drrhatch.com. There, they can get the 2nd book of The Dragon in his Soul for free! 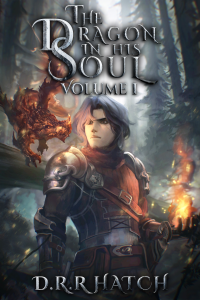 The Dragon in his Soul

D. R. R. Hatch
The Dragon in his Soul is a progression fantasy epic starring Lael, a boy possessed by the spirit of a dragon. With it, he can summon black flames. He would never use the magic, anyway. He sees it as a curse, as does everyone else in the village. But when his mother falls ill, he must set of on a journey and harness the darkness within, using it to save the life of his mom.
Fantasy
$0.00
$0.99
Amazon 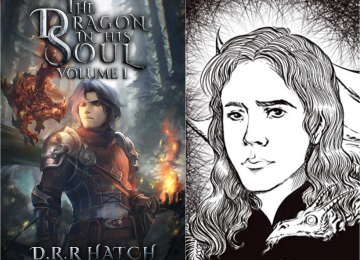 D. R. R. Hatch - A Progression Fantasy Epic Packed With Adventure
FEATURED AUTHOR - D.R.R. Hatch is a Progression Fantasy novelist intent on writing at least six books a year. He's written four novels and two novellas already, but they’re in another genre entirely. As our Author of the Day, he tells us all about his book, The Dragon in his Soul.