D.A.Holdsworth - If the Ticket is Free, it Means You're the Attraction

D.A.Holdsworth - If the Ticket is Free, it Means You're the Attraction
Posted on 28th of December, 2021 by Naomi Bolton 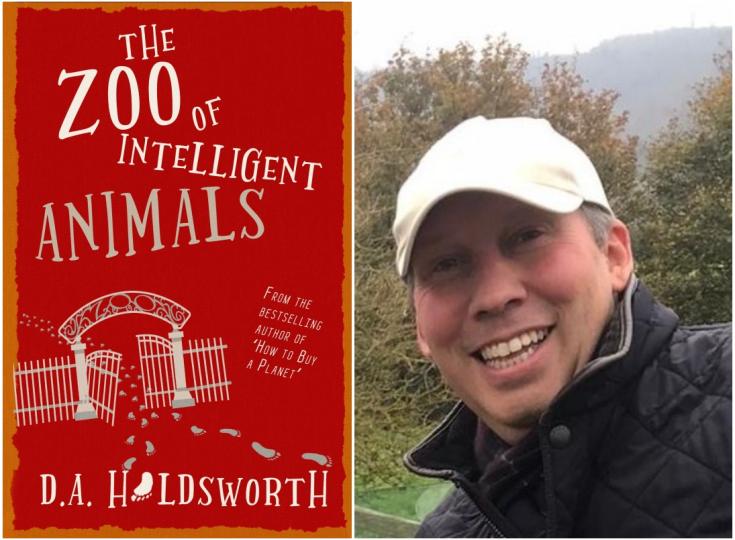 D.A.Holdsworth started his career in finance, serving a two-year apprenticeship in fund management during a turbulent period that took in the bursting of the tech bubble and 9-11. From there he switched industry and built a two-decade career in educational publishing, helping to create textbooks and online resources for maths and other subjects.​ For years he resisted the call to writing until in 2016 he gave in to the inevitable and started work on 'How To Buy A Planet'. Drawing on his experience of the tech crash and then the credit crunch, 'How To Buy A Planet' is both a satire and an adventure, telling the story of three flatmates' quest to rescue the Earth after it's been sold to a consortium of financiers from - shall we say - a long, long way away. His latest novel, 'The Zoo of Intelligent Animals', is a prequel to the first, offering the same combination of adventure and satire. D.A. Holdsworth lives in Oxfordshire, England, with his wife and daughter and is working on book 3 in the series. As our Author of the Day, he tells us all about The Zoo of Intelligent Animals.

Please give us a short introduction to what The Zoo of Intelligent Animals is about.

The novel is set in London in the year 1977. Academics from across the Western world are disappearing in mysterious circumstances.

Elizabeth Belfort, a young agent with a rising career and a rocky marriage, is dispatched to bring in an elusive government informant to shed light on these abductions.

But she soon finds herself drawn into the mysterious world of this informant and his family as they embark on a rescue mission. New horizons and new loves start to overturn her well-ordered life. Before long, she is travelling across galaxies to confront an alien race, who’ve taken a special interest in planet Earth and its primary intelligent species. They’ve even made a special home for some of them.

What inspired you to write about a bunch of abducted academics who were kept in a zoo?

My original inspiration: Cotswold Wildlife Park. It was August 2020 and my first novel had just been published. I was visiting the zoo with my wife and daughter and found myself idly wondering which animal was the most interesting to observe. And then it struck me: the humans of course.

Why did you pick London 1977 as the start for your story?

1977 is a great year for meshing science fiction with science fact. It was in August 1977 that the radio receiver at SETI (the Search for Extra-Terrestrial Life) picked up the famous Wow! signal, which remains to this day (…whisper it quietly…) unexplained. So I chose to expand on that, imagining that the Wow! signal was indeed from an alien civilisation and the start of a dialogue between them and humanity.

At the same time I had wanted to write a prequel to my first novel, How to Buy a Planet, covering the backstory of two of the key characters and how they met: ‘the Professor’ and Mrs B. London 1977 provides a great backdrop. It was a moment in our history when England was looking backwards nostalgically (think: the Silver Jubilee), while teetering awkwardly on the cusp of modernity (think: the Sex Pistols and punk culture). Oh, and it was also the year Star Wars came out. Perfect really.

Tell us more about Elizabeth Belfort. What makes her so special?

I’m not sure Elizabeth Belfort is so special. She’s a talented, independent-minded young woman trying to make her way in the world of the 1970s. It was a man’s world, and she struggles with it in the same way countless other women did. Many of the institutions she interacts with (government, marriage to name but two) weren’t comfortable with a strong woman such as herself, nor she with them. But the resolution of her problems that she finds through the novel is not a straightforward triumph of feminism, it’s more nuanced.

This is book 2 of The Cleremont Conjectures. Can it be read as a standalone? How does it tie in with book 1?

The Zoo of Intelligent Animals is the prequel to How to Buy a Planet (Book 1 of The Cleremont Conjectures) – so they can be read in either order. 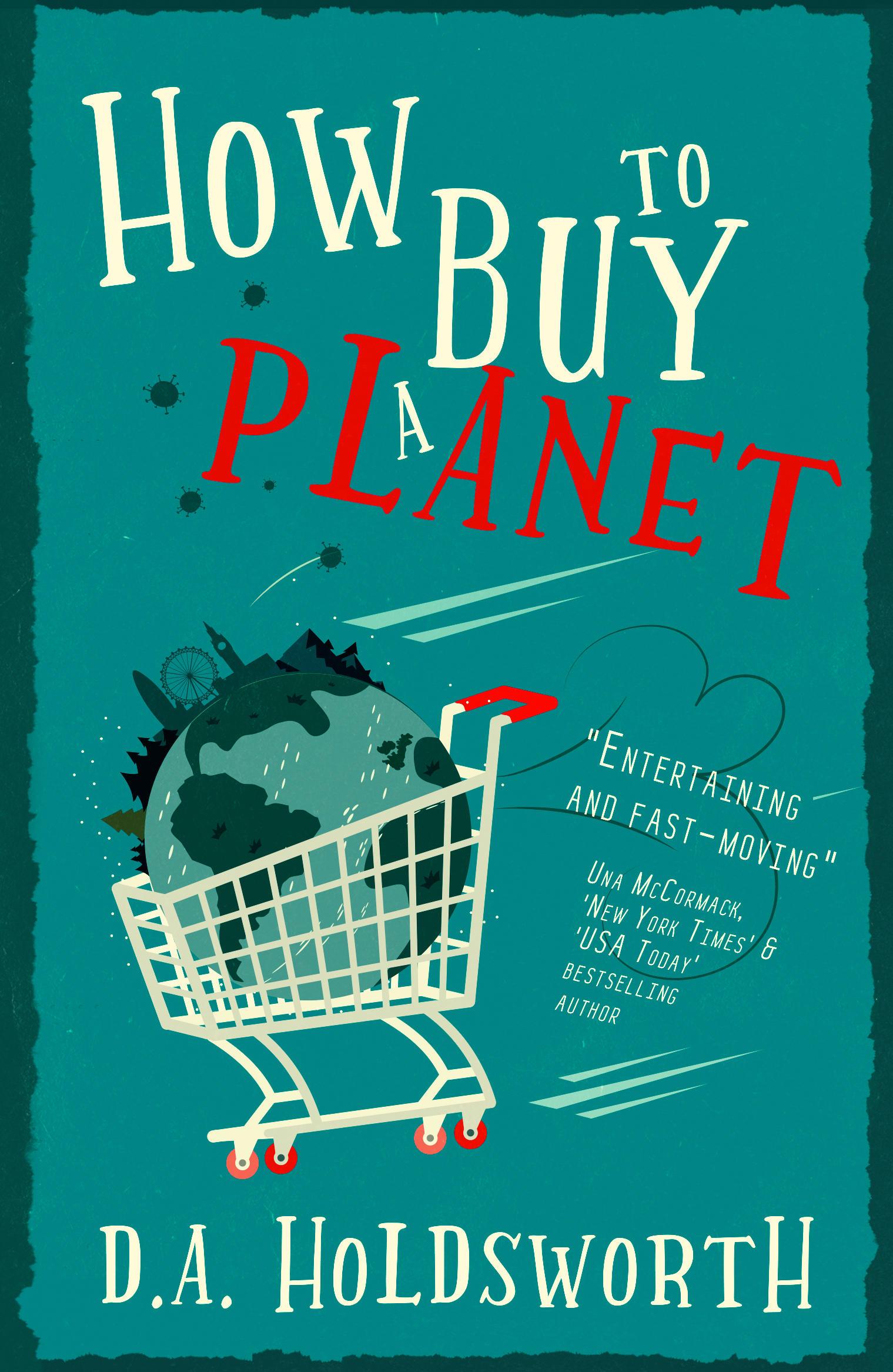 Simple. Sci-fi provides a canvas on which one can paint more freely than normal life. Adventures can be more fantastical; themes and issues in society can be explored – and satirised – in novel ways. It’s no secret to say that my books, at core, are very much about the world we live in.

Readers say this book is fast-paced. How did you pull this off?

My first and foremost objective in writing is always entertainment. To deliver an exciting adventure. The themes and the satire are central to my writing too, but they have to be woven around the core story. But that’s not as contradictory as it might sound. All good stories naturally expose and explore interesting themes – that’s what makes them good.

But my focus in writing this book was foremost on entertainment and everything unfolded from there.

What is your personal favorite line from the book?

I have a few. But here’s one to raise an eyebrow. Psychopathy is a significant theme in the book – the managers of ‘the zoo’ being, unsurprisingly, psychopathic. Some of the characters are discussing the subject and speculating on why less wars are being fought on Earth than in previous eras. They come to a conclusion on the course of history: “the long slow process of turning psychopaths from warriors into corporate directors.”

Following on from my previous answer: the psychopathic management of the zoo. I’m one of those writers afflicted by perfectionism – I normally do draft after draft after draft before I’m happy. But when I was writing the scenes involving the ‘Zoo Controller’, everything just popped out right first time. It was uncanny. My only concern is that I inadvertently made the bad guys more attractive than I intended.

A standalone novel, The Happiness Pill. This is political satire again, but more overtly so. I’m exploring the strange conflict in the modern world between happiness and capitalism. And, this time, doing so very much in the everyday world of our four dimensions. No teleporting – and not an alien in sight.

As a side project, I’m also working on a satirical book of cartoons, The Glossary of Modern Life. 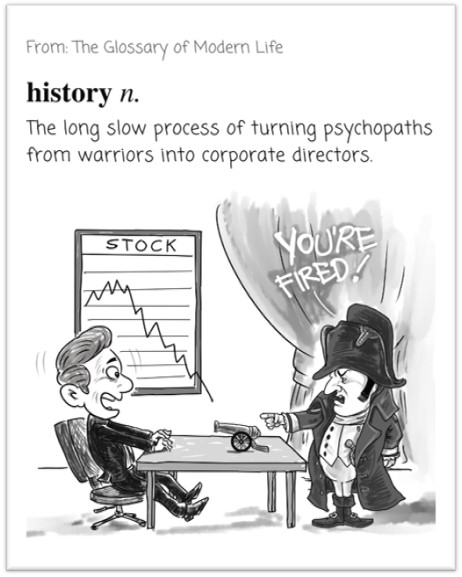 I’m available and active on all the usual platforms –

Readers who sign up to my monthly newsletter probably get the best treatment – free short stories and cartoons, along with news updates and other bits: https://www.squirrelandacorn.co.uk/subscribe