Dakota Kemp - History Buff With A Love For Sci Fi And Fantasy
Posted on 10th of June, 2016 by Naomi Bolton

Author Dakota Kemp has a knack for crafting intricate and fascinating worlds for his novels and his Steampunk epic, Ironheart, is no exception. It was born from his fascination with England’s Victorian Era, but of course he couldn’t resist working with the science-fictionalized version of the period. Today we talk to Dakota about his characters, why stories are an integral part of life and what he has in store next for readers.

Please give us a short introduction to Ironheart.

Ironheart is a fantasy novel set in a steampunk world, where powerful deities called Primals rule an empire that is dependent on steam-powered technology. Jack Booker, Ironheart’s protagonist, is an orphan from the slums of the city of Victorian, where he struggles to survive amidst poverty, gang feuds, and harsh conditions. But when a mob boss called Fist embroils Jack in a political feud between the empire’s divinities, he finds himself drawn ever deeper into the Primals’ plots of intrigue and rebellion. Somehow, Jack, a lowly orphan, may have become the most important pawn in a game for gods.

I’m the greatest ramen noodle chef in the world, as well as a peerless orator. People often run away when I start shouting about topics I’m passionate about. Probably because I’m such a brilliant speaker.

Your book has some Steampunk elements. What appeals to you about the genre?

I’m a bit of a history buff, and I’ve always been fascinated by England’s Victorian Era. The world scene, the popular fashions, and the rise of steam technology at that time are all interesting topics to me, so I had been hoping to write a book in a such a setting for some time. Of course, I’m first and foremost a science fiction and fantasy author, so instead of just writing a story set in nineteenth century England, I naturally gravitated to a science-fictionalized version of that time period – Steampunk. Plus, I get bored when there are no jetpacks. 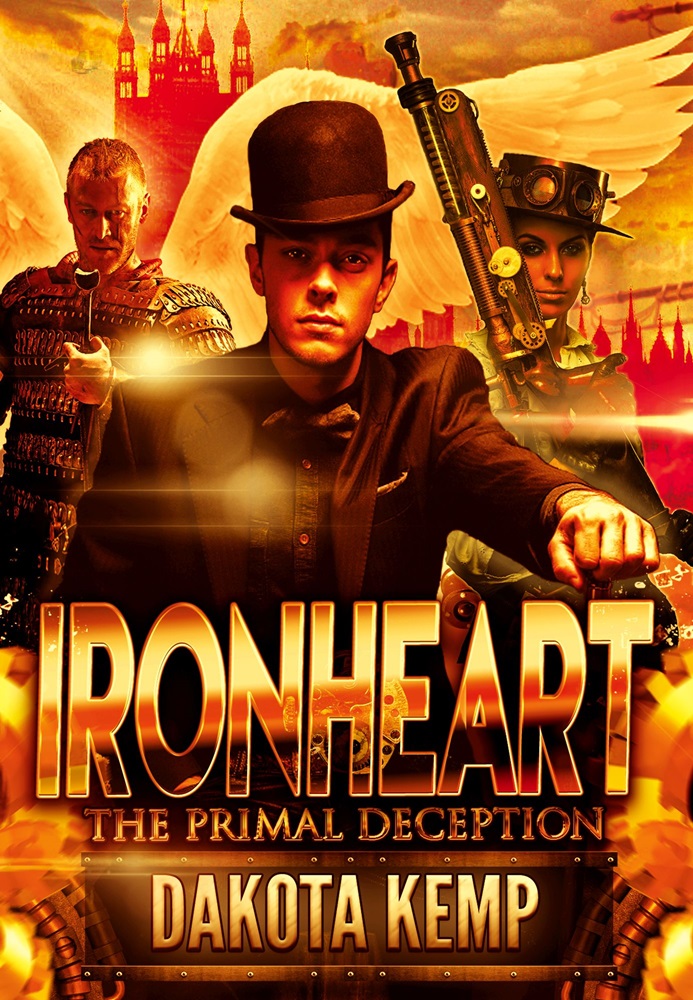 Did writing about surreal worlds and enigmatic scenes present any particular problems?

It certainly did, but that’s one of the key priorities for a science fiction or fantasy writer: Writing about the implausible in a way that makes it seem plausible. World-building, in a nutshell. Ironheart’s world is very different from our own, so my first priority was to make everything (the characters, plot, cultures, etc.) feel realistic, even as the fantastic was happening all around.

Once you finish a book, do the characters live on in your mind? Or do you move on to a new topic fairly quickly?

I have so many ideas bouncing around in my brain that it would take a dozen lifetimes to write a book about them all, so moving on to other projects is not really an issue. However, that’s not to say that the characters from previous books don’t stick around. I constantly catch myself analyzing scenes, wondering how this or that past character would respond in a particular situation. They all kind of live on inside of you, you know? You created them, after all. Sometimes it’s tough to block out the part of you that created a particular personality when you need to be focused on how new characters should react.

Tell us a bit about the title (without giving anything away). Why "Ironheart"?

Four reasons: 1) It sounds awesome. 2) It’s a very eye-catching, attention-grabbing, brutally stark kind of word. People find their attention drawn to it, so it works great as a title. 3) It has some specific connotations for certain characters in the story and in the plot itself. 4) It’s a symbolic title for the theme, plot, and nearly every other facet of the novel. Ironheart is a pseudo-allegory, so it is packed full of symbolism and layers of meaning. Some people like to read for sheer enjoyment, and that’s okay! My books can definitely be experienced as simple adventure/fantasy tales. But booklovers who look for deeper meaning in the works they read will be able to find questions to ponder behind nearly everything in Ironheart.

How did you come upon the idea for the Primals? What inspired you to create them?

Prior to the creation of Ironheart, I’d been wanting to write an allegorical novel for a long time, which started the thought process that led me to the concept of beings that personified specific aspects of life. I came up with the Primals because I wanted to write a story about the various pieces of human existence. For instance, how some ideals mesh really well, while others can’t seem to coexist at all. The Primals were the product of these musings. They represent pure, raw emotions and ideas in embodied forms.

Why do you feel stories are so important to us humans?

You really shouldn’t encourage me to get on my soap box, because once I’m up there I don’t step down for days. Suffice it to say that everything about human existence concerns stories. Every individual life is a story, every day is a story, every activity, every event. That’s all history is – the best tales, the ones that last. Even religion is made up of stories, the ones that inspire us or motivate us to be better than who we are. How often does anyone go a whole day without watching a movie or television show, reading a book, talking about their day with a family member, or listening to a friend say what happened at the supermarket? It’s all about stories with us, and there is power in stories. We can’t exist without them. Life, after all, is just one giant saga. We’re all characters, and we each have a part to play. 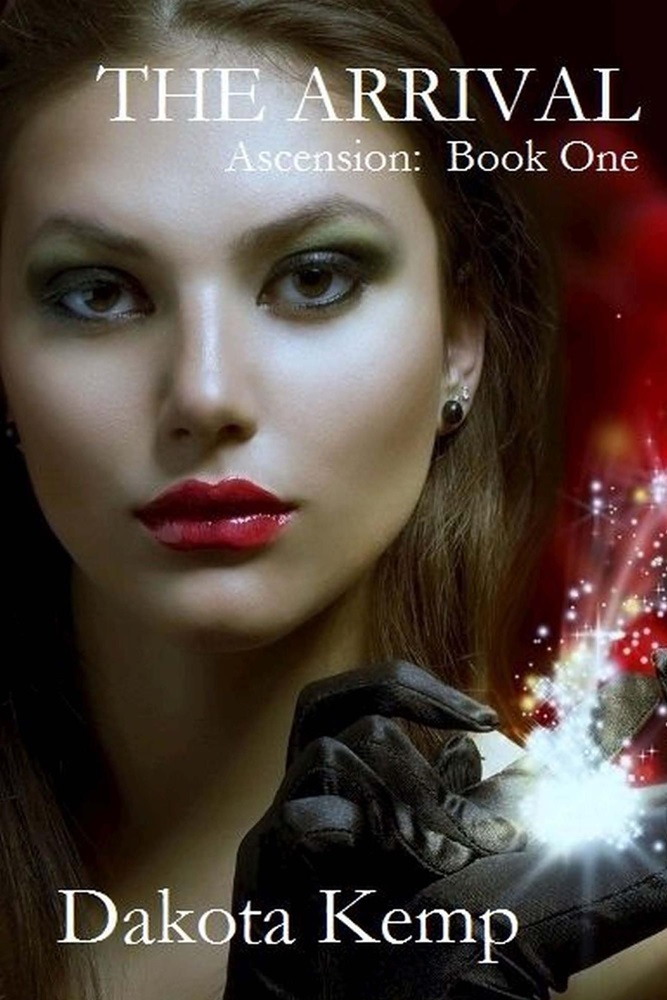 Ironheart is a real page turner. What, would you say, is the secret to keeping your reader hooked throughout the book?

It’s all about characters. A book must have a good plot, well-crafted settings, etc., but what readers really need are characters. Characters they care about and become emotionally invested in. This is true for any story, be it romance, sci-fi, horror, or anything else. When readers care about the characters in a book, they can’t stop reading. They have to know what happens. I’m speaking not as an author, but from experience as a voracious reader. And I only write books that I would like to read myself!

Anyway, that’s the feedback I’ve been getting from readers of Ironheart. Jack may not necessarily remind many readers of themselves – he’s emotionally barren, anti-social, and irritable – but for some reason, readers seem to get him. They come to understand why he is the way he is, and they really start to care about his struggles. When readers care about the characters and what’s happening to them, that keeps the pages turning until the very end.

How did you go about picking the names for your Primal characters?

To convey the story I wanted to tell, I needed some specific ideals and emotions to be physically present as characters. So, I had to use specific characters like Freedom, Pride, and Chaos. It would have been fun to explore certain emotions in character form – such as, say, Sorrow or Horror – but they didn’t fit into the narrative that I was presenting. But I suppose that exploring further concepts is what sequels are for!

Jack Booker is not your typical noble hero. Why did you give him such a dark past?

Jack has a character arc that is both complex and very simple at the same time. To take him through his journey, I need him to be convincing in the role he fills. He shoulders responsibilities that most people would be unable to handle, and in order for him to believably take on such brutal trials, readers need to see a character that personally identifies with the battle he must fight. Hard, driven people are rarely the product of happy lives of contentment. I gave Jack a dark, gritty, morally-questionable past because that’s what was needed to create a realistic character who is determined to overcome even in the face of impossible odds. Also, redemption is a major theme of Ironheart, and Jack’s redemption would have been cheapened and hollow if he had not traveled such a dark road.

Even though the world you created is complex and much different from our own, it is easy to identify with your characters. How did you pull that off?

No matter how fantastic the setting or the plot, stories are ultimately about characters, and characters have to feel realistic. Even if spaceships, magic, or parallel universes are present in a plot, the characters involved need to be rooted in real human emotion and experience. That’s what I strive to do with all of my characters, even the characters who are not actually human. I have been told many times by my readers that my characters are the strongest elements in my books, and I think that is simply because I try to ground all of them in human nature. 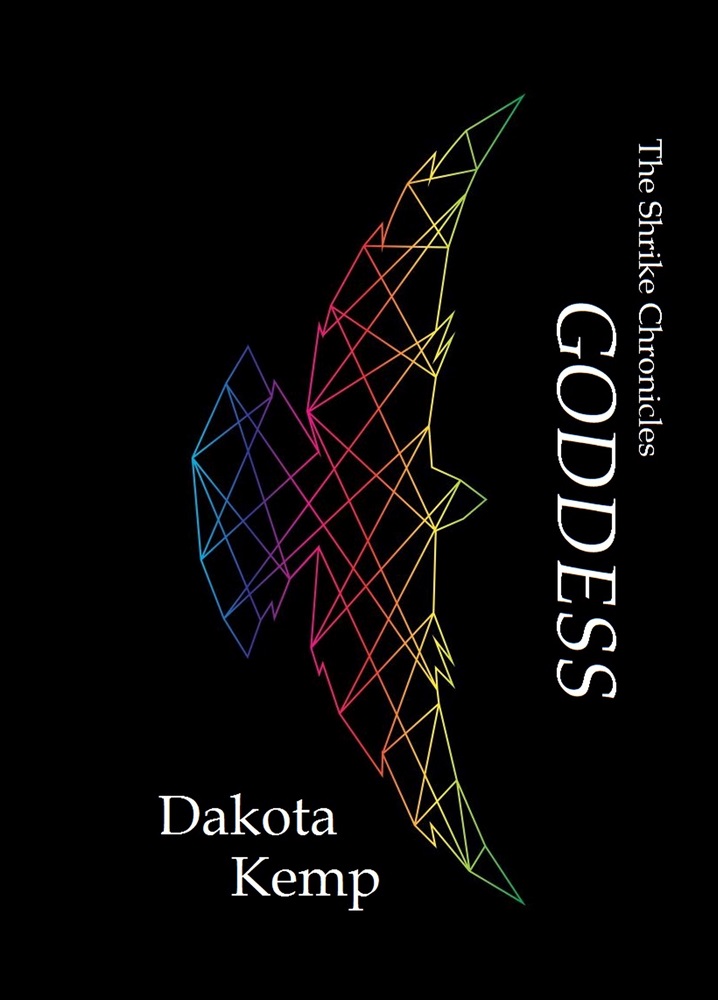 I’m working on a couple projects, both of which are sequels. Currently, I’m burning through the sequel to my science fiction novella, Goddess, but I’ve also begun the rough draft of the sequel to Ironheart.

I have three published works out at this time. Goddess, an adult science fiction novella, The Arrival, a medieval fantasy novel, and, of course, Ironheart. All can be found on amazon. Visit my website at www.dakotakemp.wordpress.com to contact me, sign up for updates on my projects, or read my ramblings about various nerdy topics.