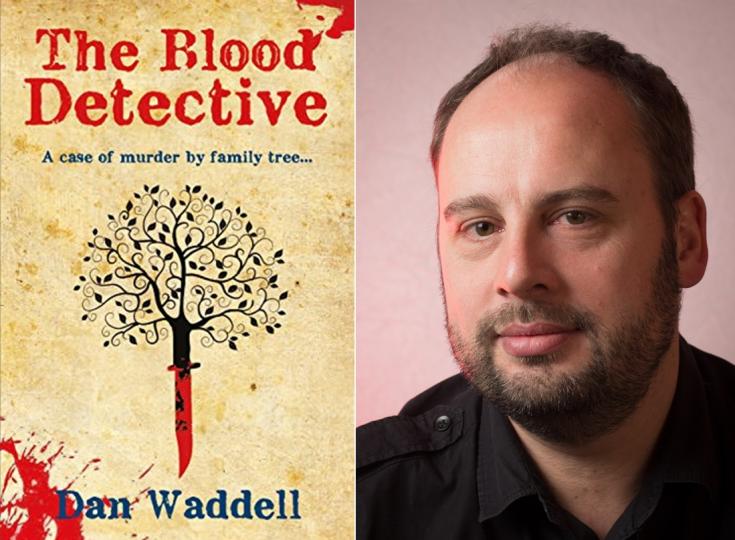 Dan Waddell used to think genealogy was a boring, fusty subject - until he started digging into his own family history after his son was born. This inspired the award-winning author of the guide that accompanied the BBC TV series Who Do You Think You Are? to make the leap to crime fiction. He wrote The Blood Detective, which was nominated for three debut awards and published in five countries. As our Author of the Day, Waddle reveals why he got hooked on genealogy, why he chose an unlikely hero for his book and talks about having a chat with Elvis.

Please give us a short introduction to what The Blood Detective is about.

The Blood Detective is a thriller about some murders which echo a series of killings committed in the same places on the same dates 125 years ago. To help them solve the crime, the police enlist the help of a genealogist, Nigel Barnes, who becomes swept up by the case and the chance to play real detective, rather than amateur sleuth.

The Blood Detective was your debut fiction novel. What has the experience been like?

The Blood Detective was initially released in 2008. It was nominated for debut crime awards in the UK and USA, and won an award in France. But I had some bad luck with publishers, particularly in the UK, and the series was ‘mothballed.’ I’m overjoyed to release it once more, with new books and adventures to come. I love these characters and I’m very excited about setting them free again.

What inspired you to write a thriller with Genealogy as a central theme?

I became interested in genealogy when my son was born. Until then I thought it was a boring, fusty subject. How wrong I was... Within a week of researching my famly tree, I’d uncovered two scandals no one knew of. As a recovering newspaper reporter, this was manna from heaven. I was hooked. I quickly realised how compulsive a hobby it was, but also how it was the closest most of us will ever get to being a detective - solving clues, following hunches and all that. I’d always wanted to write thrillers but never had the plot. I saw the potential in linking crime and genealogy, the plot and characters came quickly, and the rest flowed from there...

How much research and planning did it take from you to write this book?

The plot came to me relatively easily, but I didn’t know how the book would end. I work on the basis that if you can surprise yourself, you can surprise the reader. I spoke with a detective I knew for some background, and a genealogist, but I don’t think it’s necessary to immerse yourself in research as it can impede the writing process and the flow of the book. So many novels are spoiled by authors shoehorning in the fruits of their many hours of research. I like to write, and when a part calls for some research I do it, then move on, and repeat. That way you and the book are always advancing, always moving on.

I wasn’t sure at first where to set the book. I lived in Notting Hill, London, at the time, which thanks to the film of that name had quite a ‘chocolate box’ image. But the reality of it was much different. Behind the restaurants and the boutique shops and mansions, there’s a gritty, earthier side, which is reflected in its history. Race riots, crime, poverty - there’s alway been a dark underbelly. So I decided to set the book there, in the streets where I lived, and discovering the history of the place proved to be fascinating.

Did you plan from the start for this to become a series? How do the next books in the series tie in with this one? Can they be read as standalones?

Yes it was always planned as a series, with my genealogist Nigel Barnes involved in each book. The next two book follow on directly from the first, but they also standalone. I’m writing the fourth in the series right now (the second, Blood Atonement. is released in May, while the third Blood Reckoning follows later in the summer) and all the main characters feature.

Although serial murder is a heavy topic, you weaved some humor into the book. Why did you take this approach?

Humour is a major part of me and my make up. It’s also a central part of British life. My experiences as a reporter also taught me that policemen often employ dark humor to help them deal with otherwise traumatic and upsetting events they encounter, so I wanted to reflect that too.

Tell us more about Nigel Barnes and why you picked such an unlikely hero to lead your story.

Nigel is an amalgam of a few people I know, including me. He’s very English and something of a ‘young fogey’ in that he’s more comfortable with the past, as he finds the present difficult to deal with. He eschews technology, or tries to at least. But he’s also ambitious and though he would never admit it, quite vain, so the idea of being part of a major police inquiry, and being featured in the newspapers, is more attractive then he makes out. He’s also come to resent the somewhat cosy world of genealogy, and so wants a bit of grit and glamour and excitement...

I’m a good cricket player. Despite being the wrong side of 40, I still play. I’m originally from Yorkshire in the UK, where cricket is almost a religion. So I still pay weekly worship despite my gammy knees and dodgy back.

Why did you pick London as the setting for your book?

See above. But also - London is a place where history presses down so hard on the present it’s almost suffocating. Every street, every building has a story to tell. I find it endlessly fascinating and it’s the perfect place to set a story in which the past is a major player. It’s a city of ghosts.

Music is my other love apart from books and writing (and cricket!) I’m fascinated, almost morbidly so, by late era Elvis - the Vegas jumpsuit, hamburger years. So it’d be him. I’d be on the beer, he'd be on the milkshakes and prescription drugs. He talks and i listen.

Let's talk about your writing habits. How do you make time to write, do you have a favorite writing spot, how do you avoid distractions?

I believe in quality rather than quantity. I’m easily distracted so i need to get everything out of the way before I write. Emails, phone calls, social media, everything. Once done, I dedicate myself to two or three hour busts of writing. I'm also a night owl, so I tend to work better when the sun sets. Unfortunately I also have three kids, so I'm often too tired to write in the evenings! It’s a constant battle.

Book four of The Blood Detective series, a non fiction book, and some journalism and research.

I’m a Twitter addict, so the best place to find me is on there @danwaddell. Be prepared to hear about and discuss music, cricket and some politics. Or at my Facebook page https://www.facebook.com/Dan-Waddell-26697085916/ 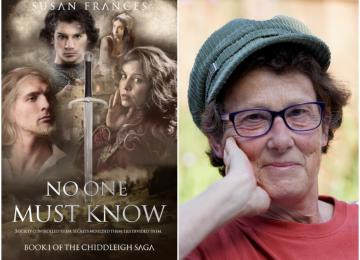