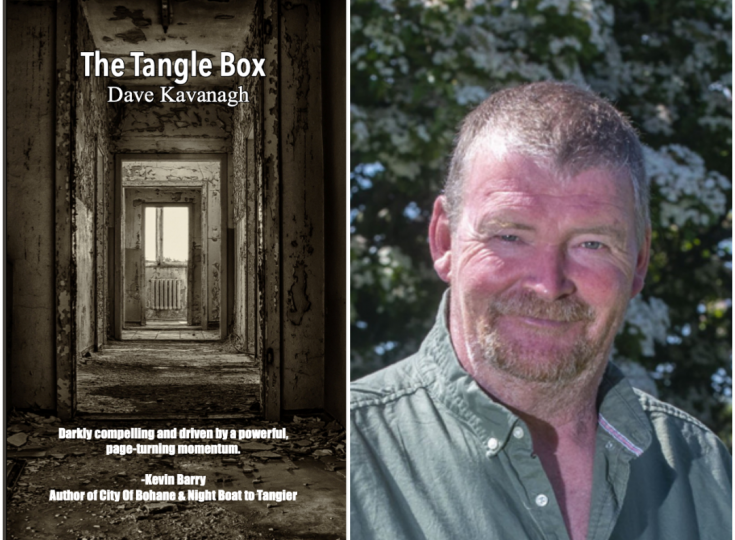 Dave Kavanagh lives in north Dublin. His writing appears both online and in various literary magazines and anthologies. The Tangle Box appeared in 2021 from Chaffinch Press. His second novel, The Valley Of Bone was a Novel London finalist and is currently in final edit. He hopes to see it published in 2022.  As our Author of the Day, he tells us all about The Tangle Box.

Please give us a short introduction to what The Tangle Box is about.

The Tangle Box is about a search for something lost.

When the main protagonist, Dan O'Neill, was a teenager, both his mother and his sister disappeared on the same day. Though Dan can remember the start of that day and the shock of seeing blood in the kitchen of his family home, he cannot recall what happened afterwards.

Thirty years later, Dan's sister Maria contacts him. She is alive, but she will not meet him until he recovers his memory of the events that separated them.

The story unfolds as Dan relates first his early memories of childhood and later his experience of revisiting his old home to therapist Cathryn Ryan.

The Tangle Box is a deep dive into experiences of dysfunction and abuse by a narrator who does not view himself as a victim. Dan O'Neill is best revealed in his own words when he says, 'I don't want this to define our lives; I don't want the abuse to become an excuse. We were more than the sum of our experience — we had our own minds, our own free will. But this time Cathryn asks, two words that insist on clarity.

Despite dealing with grim material, the book is, I hope, never maudlin or depressing, and feedback from readers has assured me that is the case.

The Tangle Box grew partly out of an exercise in free writing, which I did in 2016. I wrote from the point of view of a character revisiting a family home that had become derelict. I wanted to interrogate the 'ghosts' that might inhabit that sort of space.

In that original piece, the character was unnamed, but when I read it back, it was clear that his experience was not a happy one.

That short story of about three thousand words sat on my desktop, untouched for a year or more, but something about it was always compelling. It prompted an interest in how early experience shapes a character in later life, and I wanted to write about that. I thought the piece I had already written lent itself to the theme, so I built the scaffolding of the novel around it. 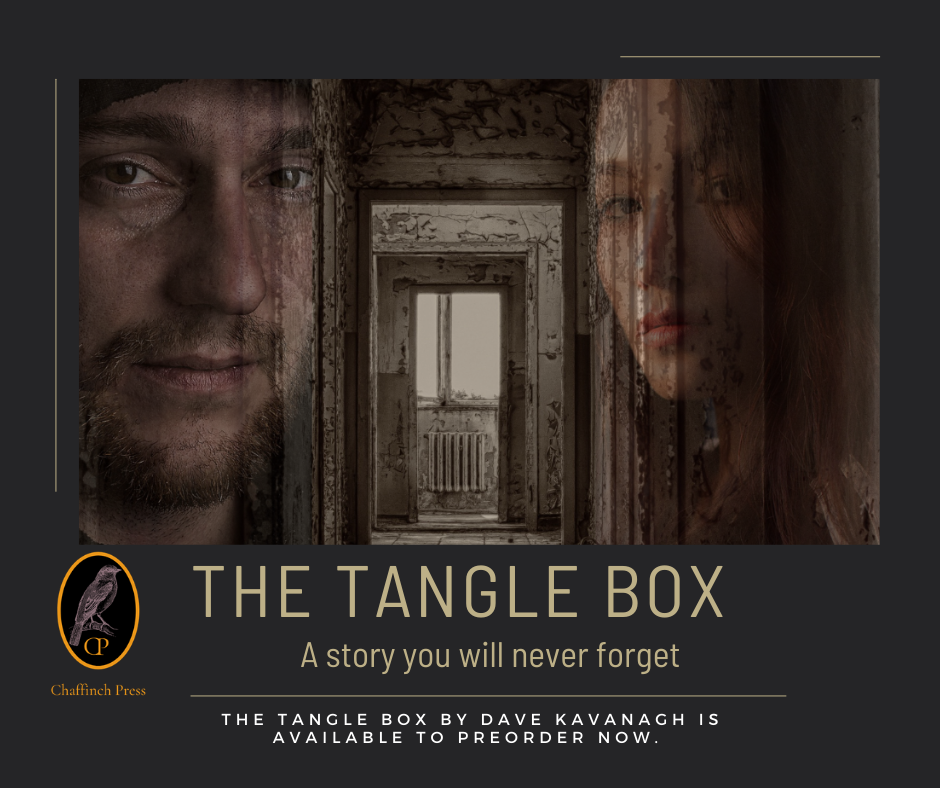 Who is Dan O'Neill? What makes him tick?

When I started to write the story, my first question was, who is the narrator.

I think the most crucial element of telling a story is where you place the camera. The viewpoint from which you describe events affects how a reader experiences them. I wanted a narrator who could tell the story well without it becoming 'just another story of abuse.' It took quite a while to find Dan's voice. But when I started to write in the first person, present tense, he emerged.

Dan O'Neill has been an addict, he came close to taking his own life, and he was an unreliable partner. However, he doesn't view himself as a victim. Dan takes responsibility for his own decisions and mistakes. When he begins the journey into his past, he does it wholeheartedly, and though it terrifies him, he will not back down.

This was your debut novel. What has the experience been like, so far?

Yes, this is my debut, and to tell the truth, I was hesitant about submitting it for publication. For a long time, I doubted it was good enough. I eventually did send it out, and to my surprise, I had two reputable publishers express interest. However, I declined both offers in the end and took the cowards route of opting for small press publishing.

Even when the book came out, I remained doubtful of its credibility. I have always hesitated to call myself a writer because writers are magical creatures, and I never thought of myself in those terms.

When the first reviews came back from early readers, they were all positive, but I was still doubtful. Then, some writers I admire started to talk about the book. I've been a fan of Kevin Barry since reading City Of Bohane, which came out around 2011 or 2012, and I've read just about everything he's written after that.

I'd not long reread his Booker-nominated Night Boat to Tangier when he emailed me his comments about The Tangle Box. It was a surreal moment for me. Later, similar feedback came from Una Mannion, whose A Crooked Tree I had also loved.

Helen Mort, whose work in poetry and fiction I greatly admire, also praised the book; in fact, she told me she took it on holiday with her and read it twice.

All of that was wonderful, but I think the positive feedback from readers was what gave me the most satisfaction.

Completing a novel and seeing it come into the world gives you confidence as a writer. It gives you the energy to keep doing what is essentially a challenging job, one that removes you from your family and your 'normal' life for long periods.

I am obsessed with growing things. I have a good-sized garden where I grow vegetables for my family and friends. I am interested in finding ways to live sustainably. Everything we produce in our home garden is organic. My wife, Ber, preserves anything we don't use immediately, so we have a constant supply of delicious healthy food all year round.

Besides that, I am a father to two beautiful children, Adam, who is twenty-one and Rou, who is nine.

I was the managing editor of the Blue Nib for five years and loved every moment of that.

Suppressed memories are at the center of this novel. Why did you find this fascinating to write about?

I wanted to tell the story of a man who had grown up in a dysfunctional family. To explore what effect that had on his later life. Memories are central to that, so they became the engine that drove the narrative. The suppressed memory was a hook, and it gave the story both a starting and a finishing point.

Why did you decide to write this from a first-person perspective?

I tried to write it in the third person, but it didn't work. The story is very personal to Dan. So, though you lose some perspective with the single viewpoint, you also gain much insight into the character and that was important to this story

Also, I am naturally drawn to write in that viewpoint. I loved To Kill A Mocking Bird, and The Bell Jar, both written in first person.

You also write about sensitive topics like domestic violence and child abuse. Was this hard to do?

Yes, it was hard to do. It was also hard to write it convincingly as I wasn't writing from personal experience.

But, the most challenging part of writing this book was not making it 'about' abuse. I wanted it to be about the characters, about how they survived and grew beyond their formative experiences.

Even though many people may not have gone through the things your characters had to face, according to readers they felt real and relatable. How did you pull this off?

I think abuse comes in degrees, and we all have some experience of it. Bullying, verbal or physical, is endemic and is not always recognized as abuse. As a writer, you have to tap into that experience and extrapolate from it, explore it emotionally, and use that to power your writing.

After the book came out, I received emails and messages from people who lived these experiences. It is heartbreaking to hear their stories.

As I say in the afterword of the novel, the house, or rather the ruin used in the story, is a house I lived in as a child. I wanted to add something of that to the cover. I was lucky to work with Kate at Chaffinch Press, who designed the book. She came up with many ideas, and we eventually settled on that image, which comes very close to my memory of the actual house. I think it represents the story well, so I am thankful to Kate for that.

Are you a plotter or a pantser? Did you plan out The Tangle Box before you started writing, or did a lot of it just "happen" along the way?

I am a planner, but only to a degree. I follow the advice of John Irving, who says he always writes the last line first, so he knows where he is aiming.

I like to have an idea of where a story is going. However, it is also essential to acknowledge the organic quality of both plot and character and not suppress those elements. I'm always happy to adjust my notions of a story to accommodate the unexpected.

I usually rise early. I find the mornings better for writing and the evenings best for editing. I try to average three hours a day, but I don't always manage it. In the winter, I head to Fuerteventura for six to eight weeks. People think I am taking a holiday, but while there I might write for eight to ten hours per day. 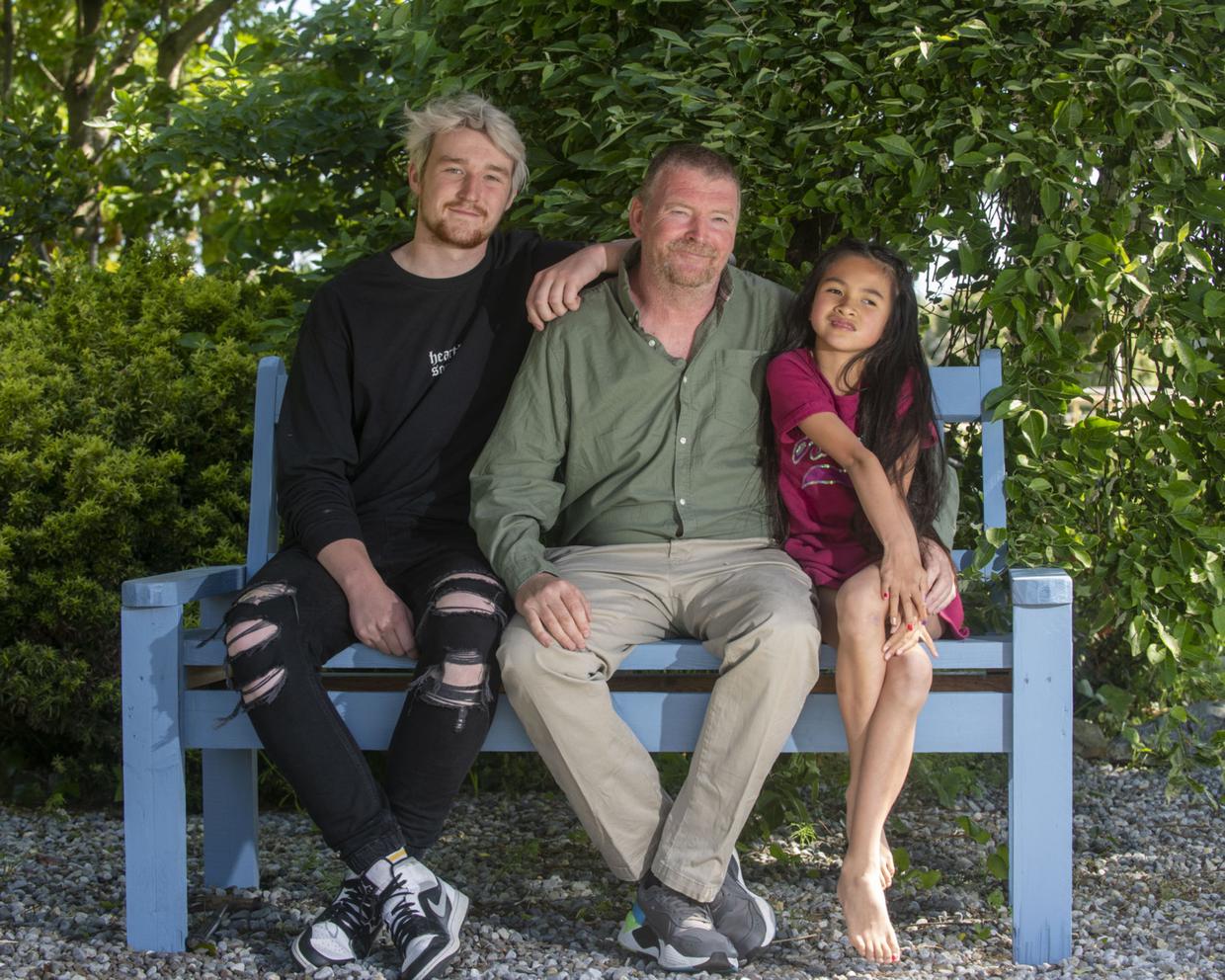 I have two works in progress at the moment. The first, The Vally Of Bones, made the last ten in this years Novel London contest and is now at the final edit stage. The second is a speculative work called The Hollow. I am hoping to finish that before the end of the year.