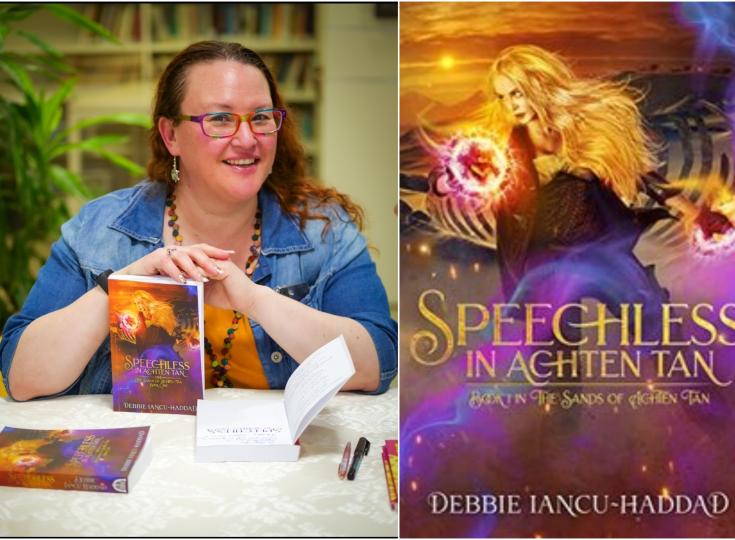 Debbie Iancu-Haddad is a Jewish Israeli author living in Meitar in the Negev Desert. Author of Speechless in Achten Tan, a YA fantasy novel. And The Bone Master, coming out 22nd October 2022. She spends her time taking part in Anthologies (ten to date with three more on the way), writing VSS on Twitter, and buying way too much stuff online. Her goal is to promote body-positive characters and include characters dealing with physical challenges. #ownvoices For her day job, she gives lectures on humor, laughter yoga workshops, and chocolate workshops, and sees how often she can make her two teenagers roll their eyes. As our Author of the Day, she tells us all about Speechless in Achten Tan.

Please give us a short introduction to what Speechless in Achten Tan is about.

Speechless in Achten Tan follows Mila a witch who cannot speak in a journey to restore her voice and her magic. She travels to Achten Tan, a dangerous desert town carved into the bones of an ancient leviathan. There she must steal a warlock's magic staff. Mila enlists the help of a varied crew to help her with her endeavor, but knowing who to trust is difficult and could be fatal.

On May 27th 2020, during the first year of the COVID-19 lockdown, while we were all sheltering in place and going out of our minds, Chris Van Dyke posted a message on Twitter, "Does anybody want to play a game with this collaborative writing idea I have?" 30 different writers, scattered from Dubai to Alaska, answered the call. Over the next month we built a world together and then each wrote stories that took place in it. "Speechless" started out as an 1800 word short story in Skullgate's inaugural anthology, "Achten Tan land of Dust and Bone" which came out on August 17, 2020, and also included Kamal and D'or's story `Devastation song`. During NaNoWriMo 2020, I expanded "Speechless" into an 85,000-word novel. I really enjoyed returning to Achten Tan as it's a fully realized world.

Tell us more about Mila. What makes her tick?

Mila is very independent but her friends and family play a large part in her life.

I tried to steer away from the orphaned YA heroine trope and Mila and her childhood friend Geb have big happy families that give them confidence and also make an appearance later in the book.

Mila starts the book with a failure, and she doesn't always get things right, but the thing I love about her is that she never stops trying.

Plus she has a curse word tattooed under her chin. 😉

I'm hoping my writing skill is no longer secret, haha. Besides that I love cooking. For my day job I give chocolate workshops and teach laughter yoga.

I'm not sure reading counts as a skill but I've read 150 books so far this year.

Not really. I don't believe in waiting for inspiration, more like sitting in front of the computer and getting it done. I've been lucky not to have writer's block in the five years I've been writing seriously.

Readers say the world you created felt very realistic. How did you pull this off?

I had a lot of help since this book started out as part of a collaborative writing project.

Yes. It can be read as a standalone since this adventure ends with no cliffhangers. The next book in the series "The Bone Master" follows part of the characters in this story as they embark on a new adventure. One of the gang is kidnapped by pirates and the desert dwellers chase them to the Ocean and face a new series of challenges. 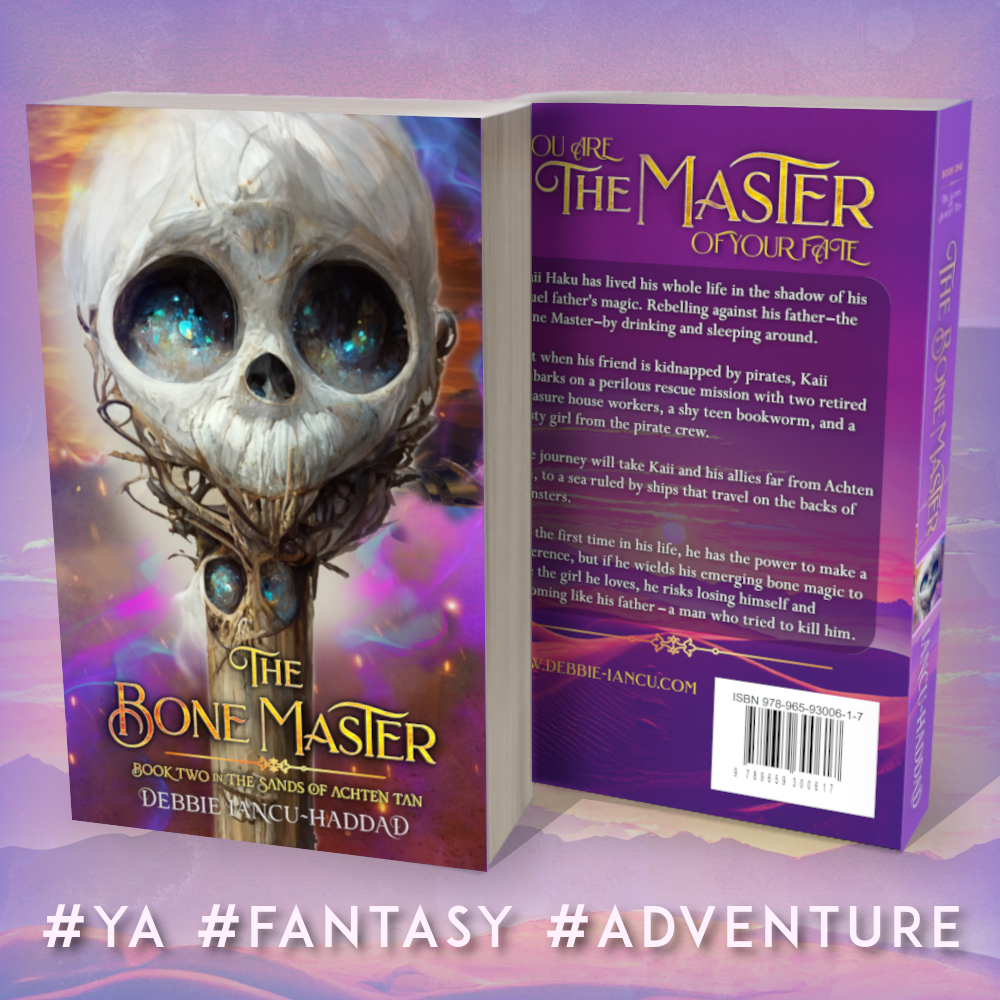 I've had characters appear out of nowhere complete with backstory, and times when they definitely surprised me. I like to give my characters pretty loose constraints so they have a lot of freedom about getting from point A to point B.

I was originally a pantser, but I'm getting more structured the more I write.

I'm working on the third book in the series which will be a prequel to Speechless in Achten Tan. And also a YS Sci Fi series called The Goodbye Kids about a girl living on a space station forced to deal with a teenage eco terrorist on a suicide mission. 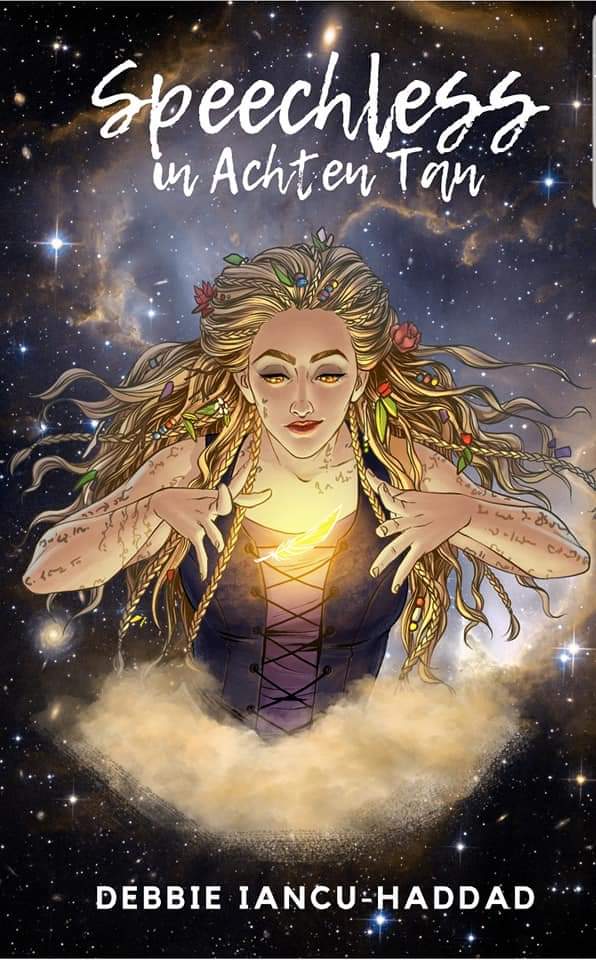 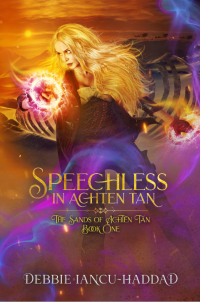 Debbie Iancu-Haddad
Mila lost her ability to speak when her magic first appeared. To restore her voice and unlock her power, she embarks on a dangerous quest to Achten Tan, the City of Bones. There she must steal a warlock's staff from his sky-high lair, with the help of a band of unlikely accomplices But in Achten Tan allies are fickle and trusting the wrong people may prove fatal
Fantasy
$0.00
$2.99
Amazon 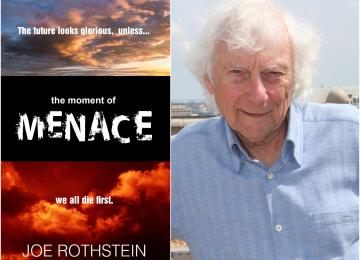 Joe Rothstein - A Powerful, Ruthless Conspiracy and a Latina President
FEATURED AUTHOR - For 30 years Joe Rothstein was strategist, media producer and campaign manager for more than 200 political campaigns, living the drama, the triumphs and heartbreaks. Now he is drawing on this incomparable experience to write thrilling and authentic political fiction. BookLife calls Moment of Menace "a political thriller of epic scale." As our Author of the Day, Rothstein tells us all about this book.