Deborah Swift - Inspired by an Orchid

Deborah Swift - Inspired by an Orchid
Posted on 24th of September, 2016 by Naomi Bolton 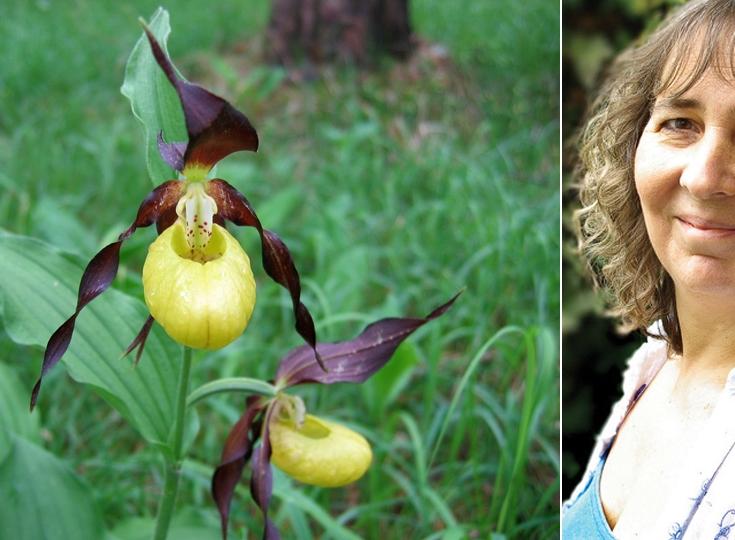 When Deborah Swift isn't working on her latest novel, she enjoys exploring the English countryside. It was during one of her nature walks that an "orchid guard" inspired her to write her novel, The Lady's Slipper. As our author of the day, Swift reveals why she was inspired, why she picked the 1660s as a backdrop for her book and what the orchid symbolizes.

Please give us a short introduction to The Lady's Slipper

'The Lady's Slipper is a sweeping historical novel spiced with suspense and romance. It is set in a rural village in 17th century England, just after the countryside has been ravaged by civil war. Artist Alice Ibbetson, a botanical artist, steals the lady's-slipper orchid from her neighbour's land, setting of an unstoppable chain of events that will lead to danger and deception and change her comfortable life forever.

What inspired you to do a story with a rare orchid as the catalyst?

One Sunday I was out for a country walk with a friend, and strolling down a leafy un-made track, we almost literally stumbled across a white tent. It was blocking our way, so we peered inside. An official-looking man was sitting there who told us he was from an organization called English Nature. His task was to guard the rare lady’s-slipper orchid which was in flower a few yards further on. Apparently orchid enthusiasts were so desperate to get hold of the plant that in 2003 half of it had been dug up by a greedy collector and since then it had been guarded whilst it was in flower.

A bit taken aback that a guard should be patrolling such a quiet country footpath, and full of curiosity, we followed him to view this rare orchid. Nestling against the green of the hedgerow, it was strikingly different from most other English flowers. In the US, these orchids are common, but there is nothing else like it in England. I don’t know what I was expecting, but I had never seen anything so exotic-looking before, at least not growing wild - the creamy yellow “slipper”, surrounded by the twisted blood-coloured ribbons. It struck me at that moment that every time anyone saw this, back through the ages, they must have experienced the same astonishment. The thought that it could become extinct and be lost to future generations was sobering.

After a few attempts at beginning a poem, I realised it just wasn’t working. It seemed a bigger, more wordy idea than there was room for in a poem, and demanded a narrative. The plant on its own was nothing without characters to see it, so I drafted chapter one, and over about eighteen months the story of The Lady’s Slipper gradually took shape.

Why did you decide to involve the Quakers in your story?

I went on a writing workshop in an old Quaker meeting house in the tiny village of Yealand, a short drive from my home. The old meeting house was full of atmosphere. Built in 1692, the silence of the meetings over so many hundreds of years seems concentrated into its very walls. What moved me most on that particular day was the graveyard. It is a typical Quaker burial ground where all the headstones are exactly the same – plain granite, thumbnail-shaped stones with a simple name and date. It is the ultimate expression of death as a levelling process - whoever you were, however rich or poor, you would have the same memorial and be returned to the land. This idea of equality is not so startling today, but how would it have been viewed in the class-ridden system of seventeenth century England when the Quaker movement began?

I started to investigate Quaker history. I was fascinated by the Quaker strict code of morality and the strength of their convictions for peace in those early times, particularly as when the movement began, England was still recovering from the bloodshed of the English Civil War and the subsequent Puritan repression. I began to visualise the character of Richard Wheeler as a struggling Quaker. As I was researching I found I was haunted by “what if” questions such as, what would happen if a Quaker had pledged not to take up arms but then was put in a position where he must defend the person he loves?

What fascinates you about England in the 1660s? Why did you pick this time period as the backdrop for The Lady's Slipper?

During this period there was much debate over who owned the land - whether the land was ours or God's. Also whether it was right that the Lords of the Manor should own vast swathes of land, when the common man owned little. To me, the lady's-slipper orchid is symbolic of the land and our connection with the natural world. I was interested to explore the whole question of territory, and what it is that makes people defend their territory. Not just in an obvious way, but more subtly too - for example, even within a household, the maid's territory is very different from the mistress's place. And I think many people are asking questions about soldiering, and the paradox of using conflict to control territory, or the paradox and necessity of using soldiering to bring about peace. So the character of Richard Wheeler enabled me to explore these questions without implying the answers, but just to raise them. 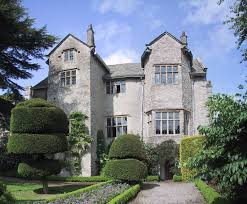 How much research did it require from you to write The Lady's Slipper, and which aspect of your research did you personally find the most interesting?

I did a ton of research! Some things - such as seventeenth century ships, I knew nothing about, and had to ask in the Maritime Museum for help. Now I do at least know the difference between Port and Starboard! The research I loved the best was visiting old houses, and I based Fisk Manor in the book on the real location of Levens Hall. There is nothing like inhaling the smell of seventeenth century panelling, or looking at a view of a garden from inside mullioned glass. Also, I live near the birthplace of the Quaker movement, so visits to their first meeting grounds and houses such as Swarthmoor Hall where George Fox (the founder of Quakerism) actually stood, played a large part in the background to the book. Documents of the time are so atmospheric - seeing the real handwriting of the person you are writing about is very inspiring. George Fox kept a diary which provided me with not only a time-frame, but also a flavour of the particular language of the period.

Your scenes are so descriptive, one can almost touch and feel the orchid and see its setting.  How did you pull this off?

Does The Lady's Slipper also have an underlying message? Is the orchid also a bit of a symbol?

The orchid is a focal point for the desires of the three main characters in the book, and to each one it represents something different. The artist, the wealthy owner of the manor, the herbalist - they all want it for different reasons. I think the message of the book is about the question of how much the natural world needs curating, and how much we should manage it and manipulate it - a question which is important for us all to address in these current times.

I write most mornings and try to stick to my schedule. A full-length novel is incredibly time-consuming to write, and historical fiction especially so. It is good to see the manuscript growing. Even so, I make time for coffee with friends, and for my writer's group where we chat and eat far too much cake, and I like to exercise nearly every day to keep fit. 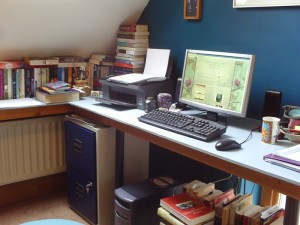 What genre of books do you read for your own enjoyment? Any favorite authors?

I read anything and everything. I like all kinds of historical fiction - personal favourites include Kate Forsyth, CJ Sansom, Diana Gabaldon, Barbara Kyle, Ken Follett - oh, I could go on and on! I also enjoy more contemporary fiction such as Kristen Hannah, Kate Atkinson and Jodi Picoult.

In your personal life, do you believe that love conquers all?

I think good relationships of all types are the foundation of a meaningful life. Not just love, but friendship, and a respect for others opinions and viewpoints. I am lucky with my husband, in that I have someone to share the ups and downs of life, and he is someone who will support me in a practical way, and actually express his love through action,and not just with words.

What are  you working on right now?

I'm working on a trilogy of books about Samuel Pepys and his mistresses. The books focus on the women in his famous diary, and tell their story. The first one is finished and in production and will be out in 2017, and I'm working on the second one. I'm enjoying focusing on three very different women, and the London of that era is almost a character in itself. The novels cover the span of history which includes the appearance of Halley's Comet, the Great Plague and the Fire of London, so they are very exciting to write.

I love twitter, so you can find me chatting on there @swiftstory. I also blog on history, antiques, and writing, and give away free chapters or free books on my website www.deborahswift.com so do stop by there and see what I'm up to right now.