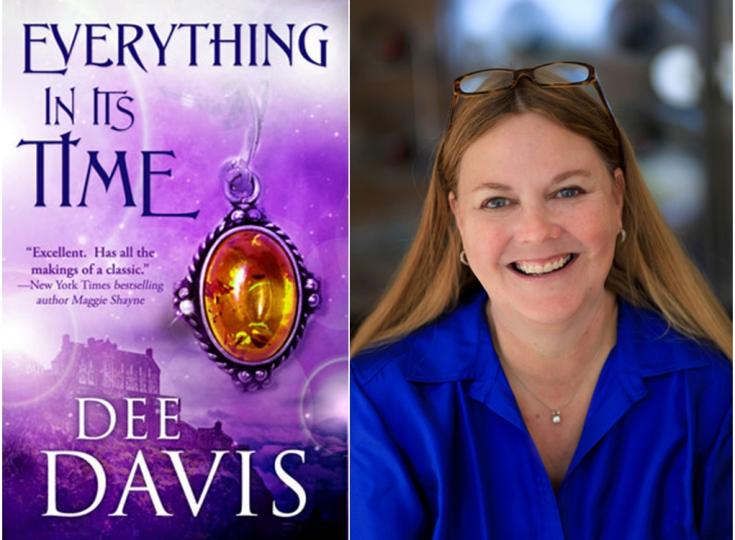 Dee Davis has written over thirty award-winning novels and novellas, including her newest titles, Cottage in the Mist and Fade to Gray. When not frantically trying to meet a deadline, Davis spends her time in her Connecticut farmhouse with her husband and Cardigan Welsh Corgis. She is today's Author of the Day, and we chat about everything from time travel, what to do when the next idea comes knocking to whether real life soul mates exist.

Please give us a short introduction to what Everything in its Time is about.

Everything in its Time is a Time Travel romance set in fifteenth-century Scotland.  The story revolves around the chance meeting Katherine St. Claire has with the man of her dreams while on vacation in Scotland. When she awakens the next morning to find him gone she believes he was a fantasy.  But over the next eight years she can’t let him go.  And when she returns to Scotland, she is determined to find a way to once again cross through time and find the man she loves.

What inspired you to write about a woman whose lover had disappeared?

Finding the right person is so hard, and then to have them ripped away—literally pulled back through time—seems to be the ultimate of all barriers.  I wondered what it would feel like to lose someone in that way and to know you might never see them again.

You are the author of over thirty award-winning novels and novellas. Where do you get your ideas from?

They come from everywhere.  From newspaper articles, from places I’ve visited, from stories I’ve read.  The smallest thing can inspire a novel.  We lived in Europe for a while when my daughter was six months old.  And I used to dread carrying her down the steep train car steps when we traveled.  I’m a klutz and always worried I’d fall with her.  From that came Just Breathe a romantic suspense novel set in Vienna, where the heroine falls from the train onto a dead man.

How do you manage to finish one book when the idea for the next one is nagging at the back of your head?

BIC (Butt in Chair).  Seriously, it takes focus sometimes when the next idea starts knocking.  But each story deserves its own time and that’s always the way I try to treat it.  But that doesn’t mean I’m not busily making notes!

What are some tricks you use to help you stick to deadlines?

Writing a certain number of words a day or a week, helps a lot.  Constantly keeping an eye on where I am in a story based on what the deadline is.  I think perseverance is the key though.

Secret skills probably not so much, but I love to sing.  Once sang with a rock band when I was younger.  I love gardening.  I also love baking.  And I adore travelling.

How, would you say, have you evolved as an author since first publishing Everything in Its Time?

I hope I’ve become a better writer.  I think there is a certain joy in that first book that can never again be duplicated, but with each book you write you learn new things and you take that knowledge and apply it to the next story.

Did you plan from the start for it to become a series?

I did not plan for Everything in its Time to be a series in the true sense.  I wrote Wild Highland Rose next and I did set it in the same world.  Marjorie is Iain’s cousin.  But there are no true cross over characters.  And The Promise is set during the silver rush in Colorado in the 1880’s.  But again Michael is an ancestor of Marjory’s.  Then a couple of years ago I decided to write a true sequel to EIT, and Cottage in the Mist was born.  It will be followed eventually by Alec Comyn’s book.  I’m also working on a novella now called Winter’s Kiss which is Ailis and Ranald’s story.  So in a way I’ve come full circle.

What are the biggest differences between the 15th century and today? Have these differences influenced your characters in any way?

I think the role of women has improved significantly.  And although medieval Highland women were afforded more rights than other women of the same time period, it was still not an enlightened time for women.  This affects Katherine in EIT.  And I think you see it in Marjory, who is a fifteenth century woman, in Wild Highland Rose, as she battles for her holding against the Camerons.

Do you personally believe that soul mates exist?

I do.  But I think we can find happiness with someone else and I honestly believe most people actually do that.  Still I do believe that soul mates exist.  My mother and father were the perfect example of that.  My mom met my dad in the first grade.  And they were pretty much inseparable after that.  They were connected in a way that one doesn’t often have the privilege to witness.

If you could time travel, where would you want to go?

Interesting question.  I almost think I’d like to be able to travel at will and visit all kinds of interesting historical moments.  There are too many to pick from.

Not anything that is super interesting.  I pretty much write in order and in one draft.  I do write late at night.  I’ve always done my best thinking when the rest of the world is asleep.

What does an average writing day look like for you?

Honestly they vary.  At the beginning of a book, there’s more time spent thinking and planning than actually writing.  At the end I am pretty much non-stop spewing words onto the page because the ending comes so quickly.  It’s sort of like a funnel.  You start with a wide open space where anything is possible and then as you make decisions you narrow the field until finally the end of the story is inevitable.

I’m currently working on Winter’s Kiss a novella for the Time after Time series.  It’s more or less a straight historical with a tiny little bit of a time travel twist.  It’s set just after EIT and tells Ailis and Ranald’s story. It also introduces Quinn Martin who will find herself mixed up with Alec Comyn in my next time full length time travel.  I’m also beginning to plot my newest romantic suspense, Shades of Crimson, a Triad novel. 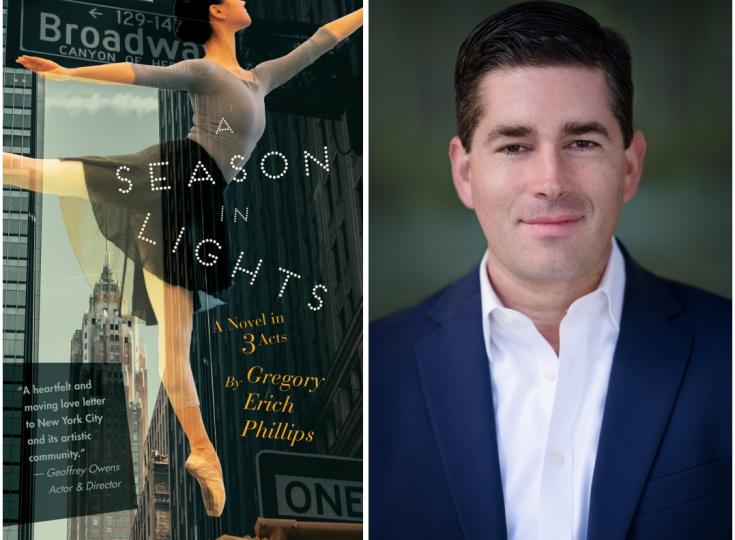 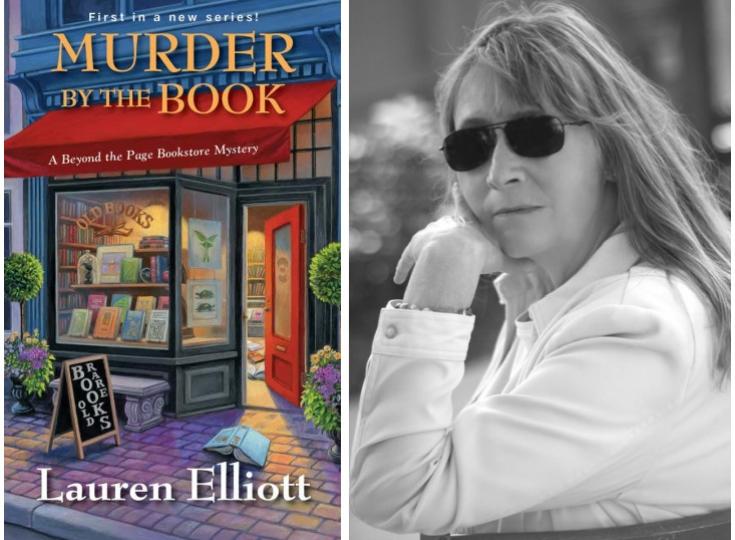