E. J. Dawson - Romantic Suspense With a Touch of Darkness

E. J. Dawson - Romantic Suspense With a Touch of Darkness
Posted on 3rd of October, 2022 by Naomi Bolton 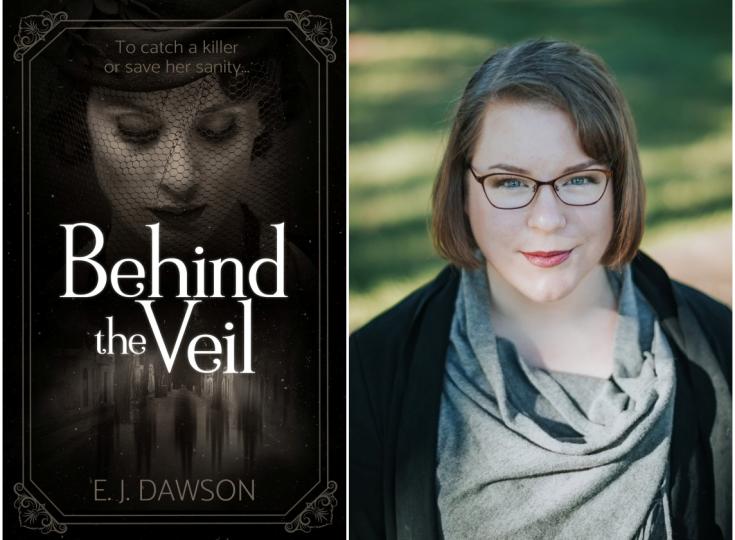 Ejay writes scifi, fantasy, and horror, with a dash of the paranormal. Behind the Veil is her first book with Literary Wanderlust, a romantic suspense with a touch of darkness. She also has a fantasy NA with Literary, Echo of the Evercry, and two self-published series, Queen of Spades, and the Last Prophecy Series. As our Author of the Day, she tells us all about Behind the Veil.

Please give us a short introduction to what Behind the Veil is about.

Behind the Veil is a tale about a woman who can see the last moments of the deceased and relay their final thoughts to those mourning the loss of their loved ones. But when Driscoll appears at her door, he demands something she’s unwilling to give, a venture into a dark spirit’s influence. She’s had to face such a creature before, and almost lost her sanity. She’s not willing to do so again until a dark specter starts haunting her visions. 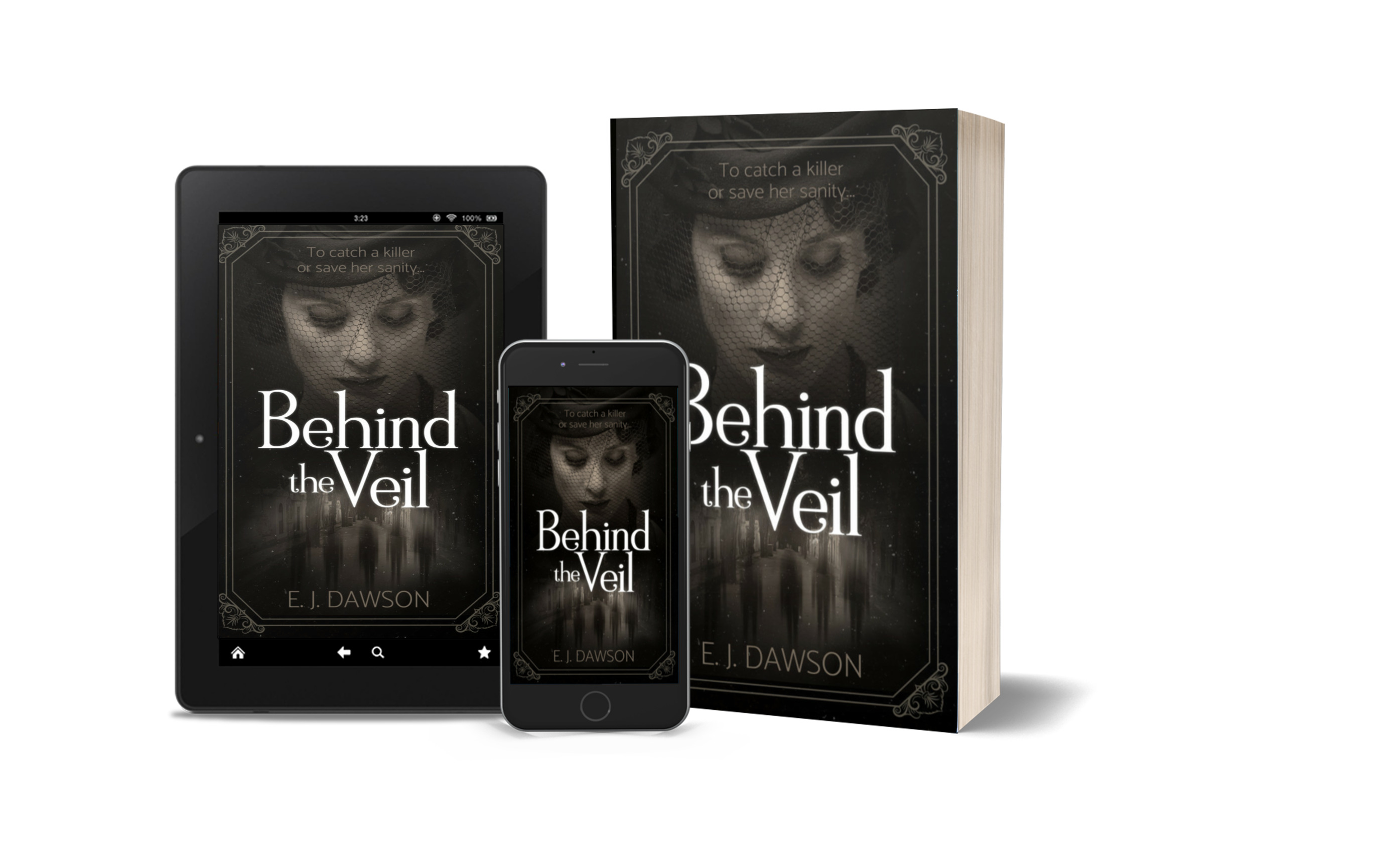 This story was inspired by my love of Penny Dreadful but also Nine Coaches Waiting by Mary Stewart. I wanted to play with that edge between mystery, paranormal and romance.

Tell us more about Alasdair. What makes him tick?

Alasdair has such hidden depths that are given in subtle instances right up until the end. He’ll do whatever is necessary to keep his family safe and sane, even if it includes blackmail, but he’s enamored when Letitia won’t be pushed around. In this, he comes to care for Letitia because she helps him understand what it costs her to help his family. It may shake his world, but despite being a brute initially, he understands what she sacrifices to save his family.

What makes Letitia so special?

She has such great power but unlike most people with power she won’t use recklessly. She holds onto it because of her past experience has taught her that she can hurt those around her. This leaves her with a sense of being a coward, especially when Alasdair seeks out her help, and she says no. But then she’s seen such darkness he’s never known and has no hope of understanding.

Reading. I’ll devour a book in an afternoon, but otherwise my hobbies fall into gaming and I’ve recently become addicted to putting together 3D book nooks to the point I want to design and make my own.

Interesting cover. Please tell us more about how it came about

This is actually an amusing story. I won the cover in as part of a competition run by the cover artist Violeta Nedkova, and we threw a few ideas around but I had a couple of stock images I’d found myself so we used a combination of ideas. At that point I didn’t have my contract with my publisher, Literary Wanderlust, and had thought my story was passed on. I was thinking of self-publishing (which I’d done before), and posted the cover idea. Literary Wanderlust reached out to me to be sure the story was still available, and after I confirmed it was, they offered me a contract.

Why did you pick 1920s Los Angeles as the backdrop for your story?

I wanted somewhere that wasn’t typical for occult stories. I’ve always loved those kinds of stories but they all tend to be set somewhere in Europe in the 1890s, when in fact, occultism had a rise in the 1920s and it was actually in my occult research I found it was very accepted in Los Angeles during this period. I was so surprised that I thought it my be a safe space for Letitia, who was trying to legitimize her gift.

Why did you title this "Behind the Veil"?

That one is the mystery of the muse, I’m not even sure how I got the title but out of all the things I struggle with when it comes to writing, titles are one of the few things that feels a little easier for me.

Dreams played an important role in this story. Why did you take this approach?

I think dreams hold a lot of symbolism. Your self conscious is trying to tell you something most of the time, especially when you have similar dreams over and over. Sometimes they are nothing to worry about, other times they are a good indicator for growing fears or worries.

What was your greatest challenge when writing Behind the Veil?

The editor and I needed to do a major rewrite of the ending, and there was so much that changed, not the core scenes in the very latter part of the book or the final scene, but just about the 60 to 80 percent mark that was a lot of work for me. It was worth it in the end, for much more exciting ending.

Readers say the book had a wonderfully foreboding and creepy atmosphere. How did you pull this off?

I’m a massive fan of Alfred Hitchcock and books and movies that don’t throw bodies or death or jump scares at you. I love haunted houses and graveyards and have spent years walking around them and just experiencing the atmosphere. It’s very thrilling to hear it paid off!

Usually, I edit in the mornings when my brain is fresh and sharp after I do any administration things, and then in the early afternoon, I’ll write with friends on whatever my current project is, though I usually have several going on. My best writing habit is sprints, just sitting and focusing on writing, I can’t recommend them enough.

Another book set in the same world as Behind the Veil but with different characters and different abilities. This one is in New York and features a woman who can see the past of antiques when she touches them, but at night she helps the police catch killers. I am just getting into the meat and bones of this story so it’s very exciting!

E. J. Dawson
Alasdair is desperate for psychic Letitia to save his niece from a ghost, but she says no, she won't jeopardize her own sanity facing darkness again. Until she isn’t given a choice. With girls going missing, Letitia and Alasdair must work together to find out who or what is terrorizing 1920’s Los Angeles.
Mystery & Thriller
$0.99
$3.99
Amazon