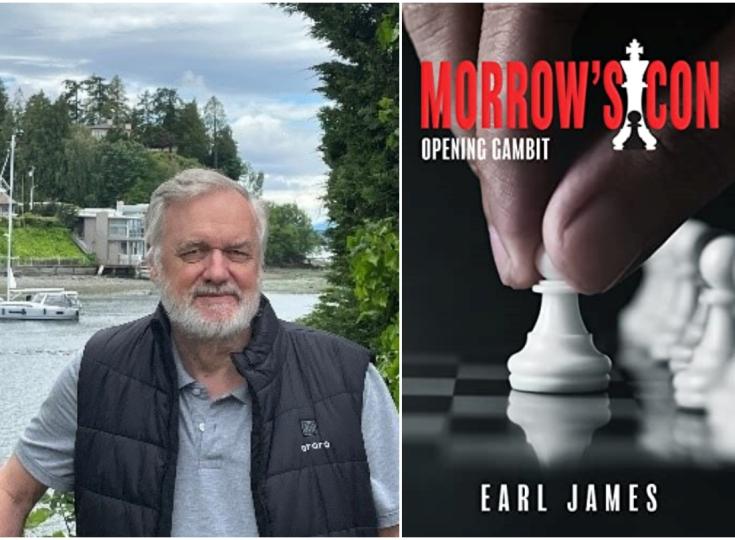 Earl James lives in Seattle with his wife, Kat, and their cat, who still doesn’t have a name. James didn’t start writing until his sixties and experimented with writing various genres under different pen names for the better part of a decade. It wasn’t until 2020 that he buckled down and wrote a too-long book called Morrow’s Last Con. It was intended to be a one-off, but James found that he liked the character so much that he wanted to write more. So he switched gears and began writing the prequels. Morrow’s Con – Opening Gambit became the first story. Before he began his writing career, James was a small business owner. He had a bevy of wonderful people working for him, and learned so much as he tried to create a more motivated, happy, and engaged workforce. James studied people and he educated himself about human nature. He developed a better understanding of people and what motivates them to do what they do. It was those insights that helped him to understand human nature—very much like the character, Morrow, does. Now he is enjoying life a bit more— writing more and working less. As our Author of the Day, James tells us all bout Morrow's Con.

Please give us a short introduction to what Morrow's Con is about.

Morrow is unlike any main character you've ever read about. He's a con man who wants to go straight, but that option isn't available to him yet. So he finds clients who need his help, builds a team, and designs a con that will solve the clients' problems. He's no saint. Along the way, he makes sure he can make enough money to pay his team and himself. This book, Morrow's Con - Opening Gambit, is about his very first full-fledged con. He learns that no matter how well he planned, far too many things can still go wrong. And when you're up against the mob, failure is rewarded with death.

Years ago I watched and enjoyed The Sting, and then many other con stories. I looked for good con stories on Amazon and found next to nothing. So, I decided to write my own.

Tell us more about Morrow. What makes him so special?

Morrow is an average-looking man who blends in. He is not large and muscular. He loses every fight he's in. He makes mistakes in every con, but he has a creative mind, and he always finds a solution. He's guilt-ridden over a terrible mistake made years ago, so he has a secret goal to redeem himself someday, but not now - people keep needing his help. His unique ability to predict what people will do in certain circumstances is what makes his cons work.

I've owned my own small businesses for over 40 years and have also become a student of human nature. I know a slew of baseball stats that few people care about and I play chess as often as I can.

Morrow is a bit impish. He has a droll sense of humor, and he enjoys gallows humor. Writing some of those scenes was definitely fun. When you are dealing with life-and-death issues like Morrow is, there needs to be some comic relief.

All the time. I can't control them. I start writing a scene that I imagined from start to finish, and then one of the characters always says, "Um, excuse me Earl, but I would NOT do that or say that. Get real."

Interesting cover. Please tell us more about how that came about.

Morrow sees every con as a chess game. His goal is to get all the pieces on the board in the right place at the right time. Then he strikes. When it came time to imagine a cover, I couldn't help but imagine the chess board.

The novel contains a lot of twists and turns. Did you plan it all out before you started writing, or did some of it just "happen" along the way?

Both. The major twists were always in the story, and then a few others just seem to present themselves. As Morrow always says, "Trust your gut." The thing about a con story is that Morrow always has a mark. I do too and sometimes that mark is the reader.

You've been a small business owner for many years. How did this influence your writing?

I found I needed to understand my employees better so I could design compensation programs that truly motivated them and rewarded them in such a way as to propel them daily to do the right thing. I spent 25 years in trial and error trying to design bonus programs that worked. I finally did, and I've written three business books about employee motivation.

Morrow is an average man, facing abnormally serious problems. he faces them head-on, employing strategy, surprise, and misdirection. Every book in the series forces him to think creatively to solve it, and I think we all do that on some level. It's about committing to a goal and following a plan even when nothing is going right. It's about consistency and perseverance, both undervalued qualities in life. And maybe after reading about Morrow's problems, readers will feel less intimidated by their own.

Now I am busy writing Two Black Rooks, Book 4 in the series. Trying to get the series off to a good start with some rapid releases. Book 2 and 3 are finished and coming out in February and March. I'm also fully engaged in the marketing effort. Let me tell you - Writing is easy. Marketing is hard!

They can find my page on Facebook at https://www.facebook.com/profile.php?id=100088220923715 or email me at [email protected]. I would LOVE to hear from any reader. I know I am less than a perfect writer and I can confidently say that I would be the first one to criticize my own work. Got a comment or criticism you want to share? Let me have it. After 40+ years of hearing it from my employees, I assure you, it's impossible to hurt my feelings! 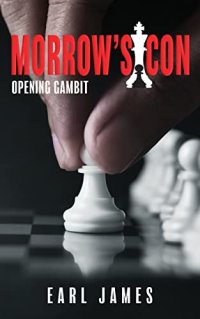 Earl James
Morrow is unlike any character you've read about before. He's a con man who rarely wins a fight, isn't big or tough, but he can plan like no one else. After years of working with a con man mentor, Morrow is finally ready to launch his first full-fledged con. A win returns a financial reward, a loss is usually deadly. Morrow is ready...or is he?
Mystery & Thriller
$0.99
$3.99
Amazon