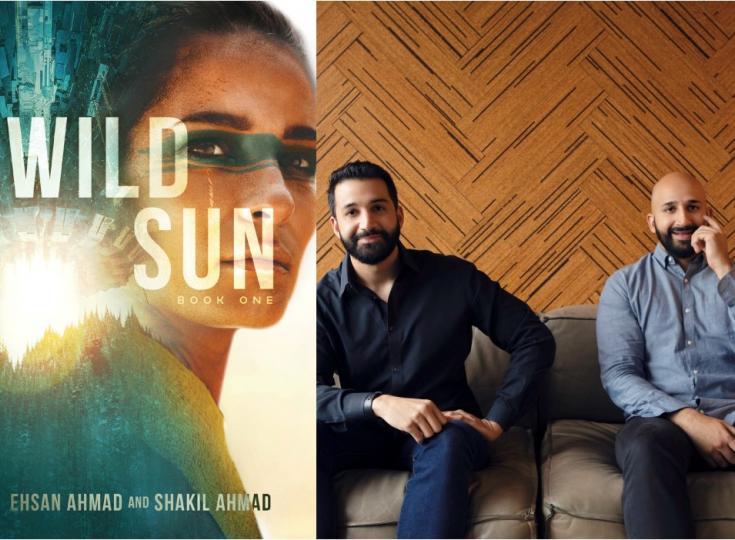 Ehsan and Shakil Ahmad simply love the art of storytelling—as audience or creators. It’s a passion they’ve shared since their childhood, growing up in New York City as the first-generation American children of immigrants from Pakistan. At first, this passion drove the brothers in different directions in life. For Ehsan, it meant traveling across four continents to meet the people of countless cultures and hear their stories firsthand. For Shakil, it meant seeking a deeper understanding of human nature through degrees in psychology and social research. In their late twenties, the brothers reunited in Pennsylvania to start a wedding film company that specialized in going beyond capturing a single event and instead of telling the story behind it. Ehsan also spent those years writing lyrics and playing bass for an alt-rock band, recording three studio albums. In their thirties, they sold the film company and returned to the city of their birth, where they now work for separate tech startups and never stop collaborating on screenplays and novels. As our Authors of the Day, they tell us all about their book, Wild Sun

Please give us a short introduction to what Wild Sun is about.

On a world enslaved, the last embers of hope are fading into unrelenting darkness. Conquered and broken, the natives are forced to ravage their own lush planet of its natural resources—all for the glory of a mysterious empire they’ve never seen and barely comprehend.

But not all light is lost. In the heart of one young woman alone, the gods have set a flame that cannot be extinguished. Cerrin remains as fierce and unyielding as the planet itself. And her chance to strike is fast approaching.

Above the skies of her home world, soldiers of the empire are welcoming their new civilian commander—a vicious nobleman blinded by hidden ambitions. When the new face of darkness turns its eyes on Cerrin, the fate of countless worlds will change forever.

What inspired you to write about a fierce young warrior who wants revenge?

One of our key inspirations was our deep fascination with the story of Jean D’Arc. The rise of this flawed but seemingly invulnerable warrior was nothing short of fascinating. We’ve spent countless hours together discussing the aspects of her story which were so compelling – the visions and apparitions, her position of weakness but inner resolve and strength, her ascent against the backdrop of the Hundred Years War, etc.

Why did you include an interstellar empire in the story?

The more you view things on a ‘galactic empire’ scale, the more tectonic it feels. There is this sense that all the shifts happen slowly and cannot be defied, regardless of the forces at play. However, it is the cumulative actions of individuals that keep everything moving—sometimes together, sometimes apart, but always driven by individual people, each acting on their own personal motives. Despite the larger machinations, we believe true conflict always starts from within.

You co-write this book - how hard was this to do?

‘Hard’ may not be the operative word – certainly challenging.

To start, we both needed to shed inherent fears and allow for vulnerability when it came to ‘creation.’

In any collaborative, creative process, there can be a natural tension that arises. The unspoken shorthand of brotherhood helped a great deal to prevent us from ever getting hung up on competing viewpoints. We have some overlapping tastes, in music, art, film, and books, but not so similar that the story could evolve as a singular vision.

Throughout the process, there were tradeoffs, comprises, but ultimately for the better. Each of our ideas, for the most part, had to be strong enough to withstand a challenge from an alternate viewpoint. There is a tacit agreement that the best of our ideas should come to the fore, regardless of who it originated from. 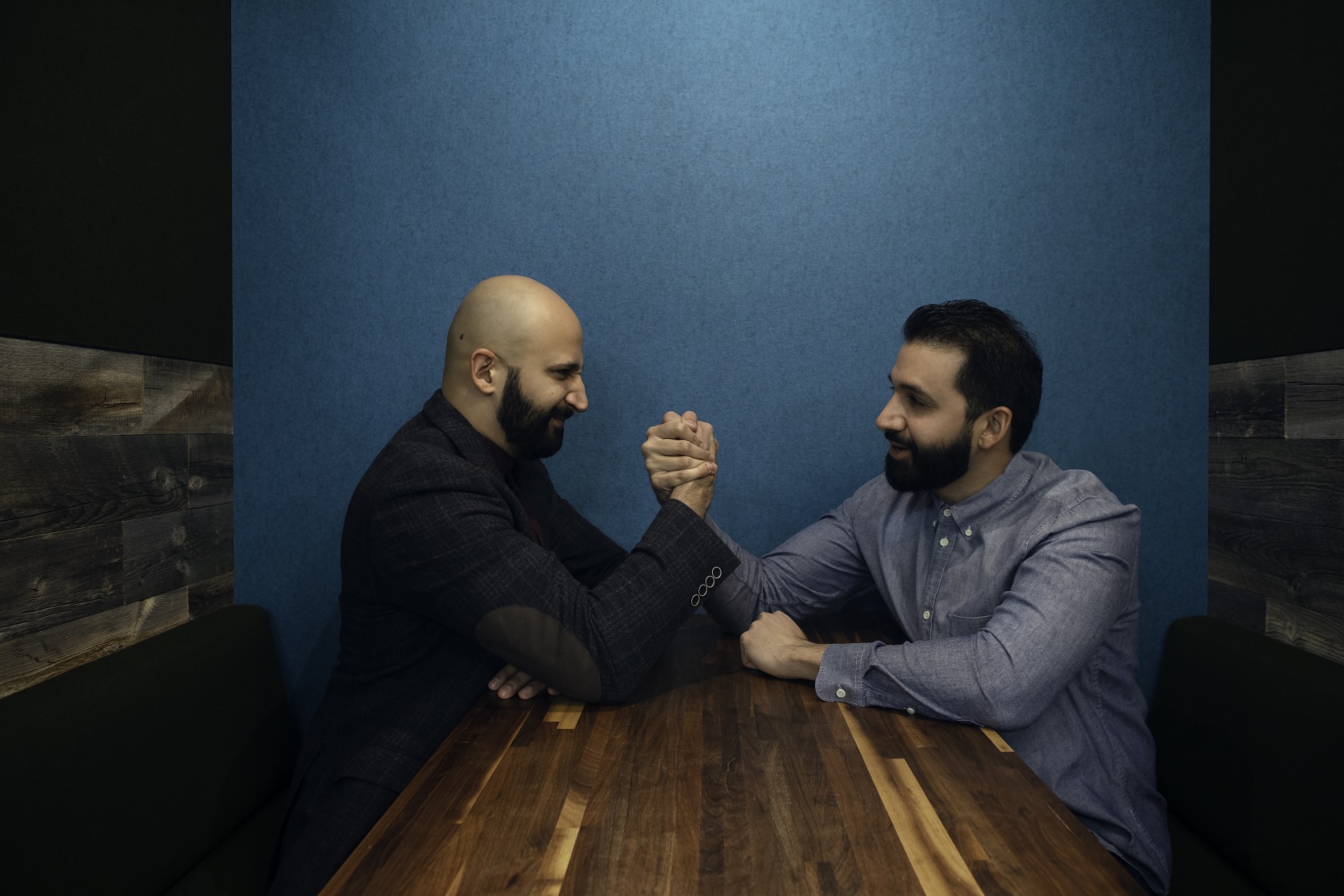 How did you go from a wedding film company to writing novels?

If you take a bird’s eye view of it, both are variations on storytelling. The sort of wedding films we wanted couples to experience required that their (bride and groom) respective arcs be documented accordingly. World-building and exposition, anticipation, and resolve were infused visually rather than written out long-form.

More candidly, wedding films were supposed to be a foray into filmmaking in some way or another. Even more so, Wild Sun is a fleshed-out backstory for a screenplay we had started after the wedding films. We’ve zigged and zagged our way to this and we wouldn’t have wanted it any other way.

Apparently, project management because that is the only way this series came to life. Plus, Ehsan can play a mean guitar and Shakil can play video games and drink bourbon. No equals here in terms of skill. Ha!

We grew up watching and reading sci-fi and it many ways in transformed our worldview. The political and social issues around us, both on an intimate and societal scale, can be difficult to discuss or confront in the real world. Sci-fi really gives us a gateway through allegory.

What is so special about Cerrin? What makes her tick?

She’s both fierce and vulnerable. It was important to us that Cerrin didn’t come across as the typical warrior. Bucking authority is fine and good, but she knows her weaknesses too, so she has to be smart and calculating in how and when she makes her moves. There’s a dimensionality to her, despite her having a very clear goal of escaping enslavement. We’re going to be exploring the depths of her personality and motivations throughout the series.

Which character in Wild Sun was the most challenging to create?

Vellerik was challenging for a few reasons. Firstly, he required the grayest paint in terms of a character palette. Suffice it to say, we cut our teeth on subtlety as first-time authors with his personality and motives. As well, we just loved how he eventually fleshed out as a ‘person.’ Flawed, but with a very lived-in integrity. What we mean here is that his backstory required a bit more inner searching on our parts to actually find this guy that is stuck in the middle on so many fronts, but relatable on all of them.

We sit and talk about themes. We don’t dive right into structure or story; first, we get into what this story should ‘feel’ like and what it should say about the world. Writing a novel is a long journey, so we’re conscious about giving ourselves a profound motivation for writing the story so that we’re in a strong place to flesh out deep characters. From our earliest days collaborating, we’ve been obsessed with an artist’s ability to genuinely move another emotionally, regardless of the medium.

I’d say team authorship is interesting in and of itself. The habits that form out that run the gamut. We fire emails back and forth, meet in person for ideation, and actually find ourselves ‘scheduling creativity.’ We are both morning people in terms of the actual writing process so that helps a lot. We get up very early with a preset agenda we want to tackle, and one of us gets behind a computer, and the other paces around in the background. We’ve done many a ‘cabin in the woods’ in order to achieve this – the Hudson Valley is perfect for it. We both need to unplug from our ‘normal’ lives and getting away definitely helps.

We have been on this tour, virtual one at that, with the relaunch of Wild Sun and the upcoming launch of Wild Sun: Unbound. Connecting with folks like yourselves, a discerning audience that gets nitty-gritty with world-building and its character arcs has revealed a whole new side to the storytelling tradition.

We’ve tentatively scheduled to work on an original screenplay between Unbound and Book 3. 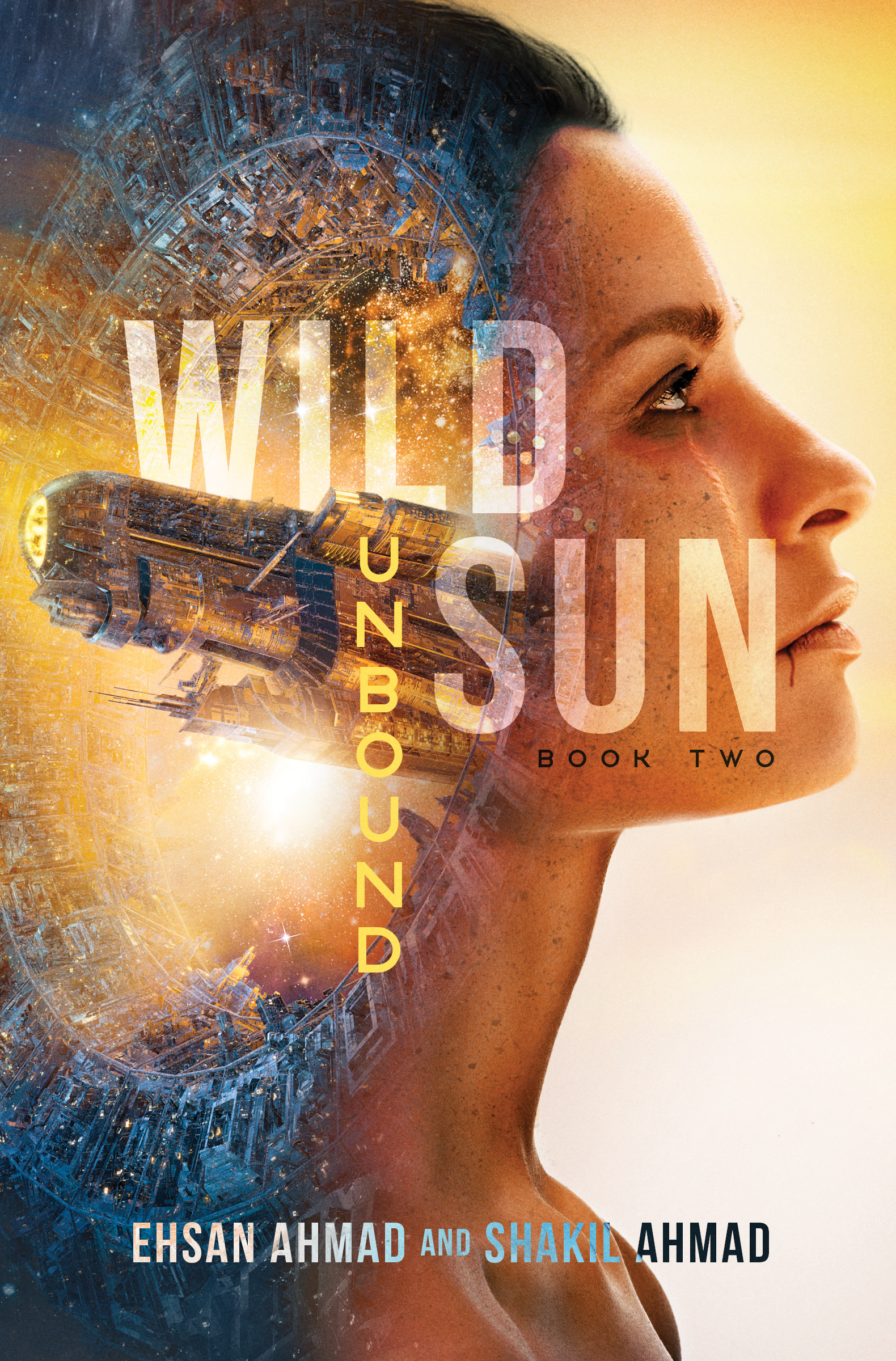