E.J. Powell - Gore, Tension and the Supernatural Infused With Comedy and Romance.

E.J. Powell - Gore, Tension and the Supernatural Infused With Comedy and Romance.
Posted on 6th of March, 2017 by Naomi Bolton 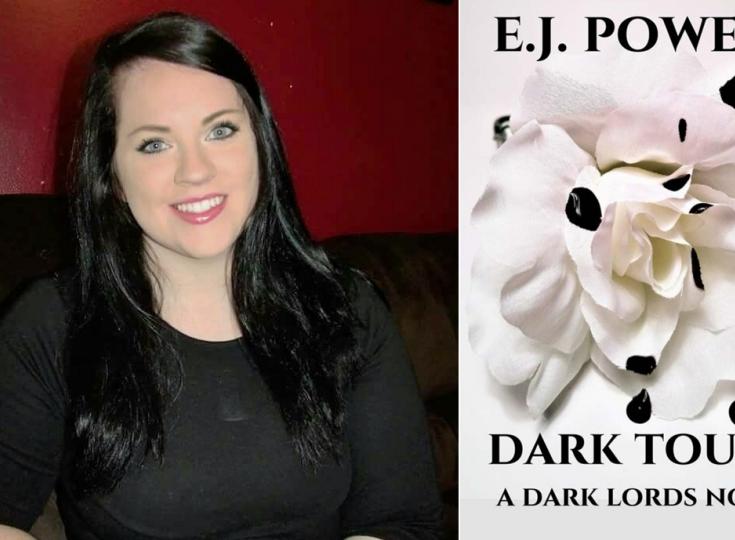 When E.J. Powell isn't busy sewing a new ball gown for someone's prom or wedding, she writes beautiful fiction. Powell likes to infuse the supernatural, gore and tension and break it up with sprinkles of light comedy, steamy and tender romance to keep her readers on a constant roller coaster ride. As our author of the day, Powell reveals how she used the creation story as inspiration for Dark Touch, talks about the other books in the series and how she conceived her characters.

Please give us a short introduction to what Dark Touch is about?

Dark Touch is about a young woman whose life goes from working double shifts at the local diner to long nights with a man she is falling in love with. When his life is put in danger, she discovers the supernatural world and that she is destined to not just be a part of it, but to save it along with the human race.

Tell us a bit more about Aria. What makes her so special?

Aria is a strong character that has been through some of the worst things life has to offer. What makes her so special is her ability to forgive those who have wronged her and move on with her life, fall in love, and create some great friendships. She is quick witted and speaks her mind.

How was the character of Bender conceived in your mind?

The name (Bender Smith) I actually got from a guy I used to work with back in high school. The rest of the character was kind of a play on Adam and Eve. Bender was “made” to compliment Aria. A strong man that can take a back seat to a woman, but can also protect her when needed. A natural born leader, but someone who won’t abuse the power of leadership. He has a commanding presence and many follow him not out of obligation, but because they know he has their best interest at heart. He is one of my favorite male characters and I love writing about him throughout my series.

Why do you think Bender and Aria make such a good couple?

Bender has a way of putting Aria at ease. She doesn’t feel like a “piece of meat” around him. He makes her feel wanted and loved. Aria gives Bender a challenge. She doesn’t blindly obey him and she is not afraid to speak her mind. She also has a very caring side to her and worries about him in ways o one has ever worried about him. They make each stronger and push each other to be better.

Your book is a mix of the supernatural and biblical. What inspired you to use these elements for your story?

I grew up in a Methodist church where I have heard the creation story many times. I wanted to put a spin on it by including some of the truth with a lot of fiction to create a world that is both dangerous and fun to be a part of.

Do any of your characters ever take off on their own, refusing to do what you originally had planned for them?

Yes. They tend to want to write instead of me and I often have to rein them back in. It just doesn’t make sense for Bender to fly around with a cape like Superman, no matter how much he wants to.

Your readers report that they couldn't stop reading your book and are eager for more. What is your secret to keeping them interested throughout?

My book is full of the supernatural, tension, and gore and then broken up with sprinkles of light comedy, shifting character scenes and, best of all, steamy and tender romance to keep my readers on a constant roller coaster ride.

I love to sew and have made several ball gowns for proms, Mardi Gras balls and even a wedding dress. I also enjoy playing the guitar and I am learning to play the violin.

Let's talk about your writing habits. What's an average writing day like for you?

I tend to do more of my writing at night. I have suffered from insomnia since I was a kid and I’ve finally found a good use for it. I usually write 4-6 hours every day after work and often into the early morning.

Tell us about the title. Why "Dark Touch"?

All the titles in my series that start with “Dark” just means that they will focus directly on a Dark Lord. The “Touch” part was fitting since Aria and Bender both have intimacy problems and help each other overcome them.

All of my work is sold online at Amazon, Barnes and Noble, Books-A-Million, and Kindle. You can also learn more about how the Dark Lords were started at ejpowell.com and follow me on Facebook, Twitter, and Goodreads. 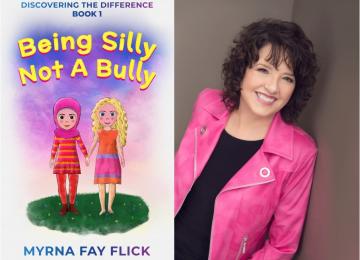 Myrna Fay Flick - Helping Children Learn Important Social Skills
FEATURED AUTHOR - Myrna is on a mission to enlighten and empower children. Her new book series, Discovering the Difference, her goal is to help children learn important social skills and life values. With the first book, Being Silly Not A Bully, she helps children distinguish between bullying and fun-spirited teasing. Myrna Fay Flick, Certified Family Coach with ACPI; Senior Professional in Human Resources; SPHR with HRCI; Senior Certified Profession/SHRM-SCP with SHRM. As our Author of the Day, she tells us all… Read more