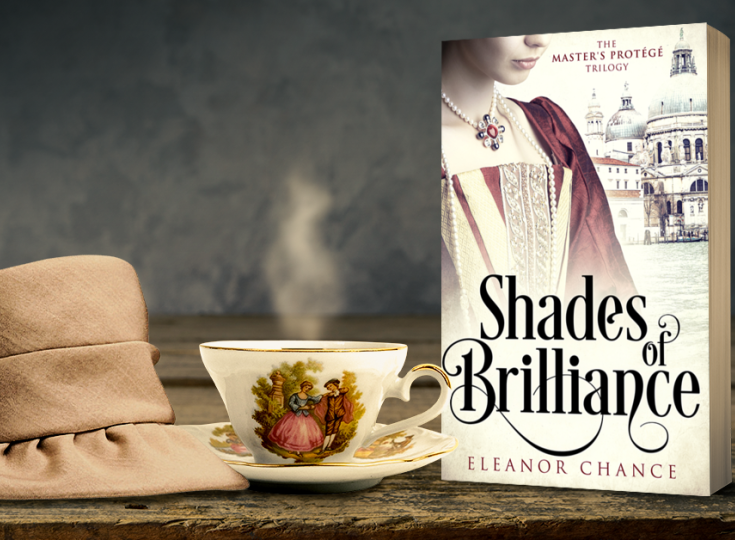 Eleanor Chance is a writer of award-winning suspense, thriller, and historical women's fiction. She cherishes books that influence her writing and her life, and hopes to create the same experience for readers. Her debut novel, Arms of Grace is a finalist in consideration for production by Wind Dancer Films, a silver medalist in the Readers' Favorite Awards, and a recipient of the B.R.A.G. Medallion. Eleanor has traveled the world and lived in five countries. She currently resides in the Williamsburg, Virginia area with her husband, is the proud mother of four grown sons and Nana to one amazing grand-darling. (Eleanor also writes as E.A. Chance)

Please give us a short introduction to what Shades of Brilliance is about.

A. Shades of Brilliance is the story of poverty-stricken Celeste Gabriele, a young woman who envisions her future as nothing more than poverty and toil until the day she discovers her brilliant talent buried deep within. With the help of her mentor, she secretly hones her skills, still never believing she'll become the master artist she desires to be. 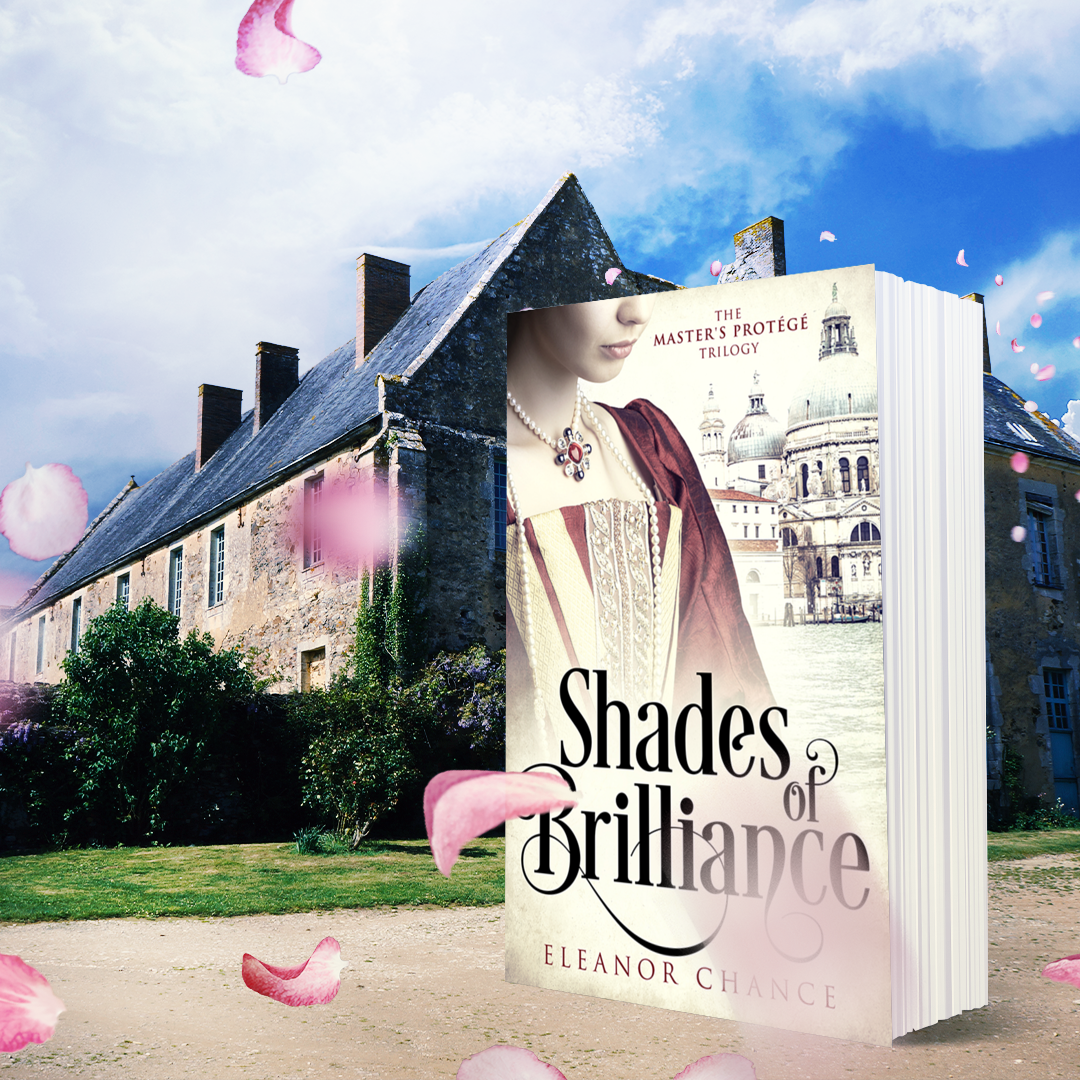 As I mention in the author's note in the book when I read The Agony and the Ecstasy by Irving Stone as a young adult, it sparked a lifelong fascination with the art and history of the Renaissance. From that time on, I planned to write a novel based on that period. When I read Tracy Chevalier's The Girl with a Pearl Earring years later, a tale formed in my mind, and Shades of Brilliance is the result.

Quite a bit, actually. I sometimes jokingly say that I feel like I have a Ph.D. in the Renaissance era, but I enjoyed every minute of it. It truly is one of the most remarkable times in human history. I wanted to make sure I included the history of those whose names aren't included in the history books, such as most women and the peasant and servant classes.

A. What surprised me most was what a violent time this was. Imagining the Renaissance brings up visions of the resurgence of art, education, and music. The Renaissance certainly was all of that, but it was also a time of war, brutal murders, and tyrants vying for control of their territories. That was unexpected.

Tell us more about Celeste Gabrielle. What makes her so special?

Though Celeste is fictional, she a representative composite of women of that time. Even aristocratic women had few freedoms and were considered nothing more than property to their husbands. The idea that a woman could possess artistic talent was a foreign concept to most of society.

This is book 1 of a trilogy. Did you plan from the start to make this into a trilogy?

Originally, I planned on this being a two-book series, but as I started building the plot, I realized there was more story there than I could contain in two books.

What is your favorite line from Shades of Brilliance?

My favorite line is when Celeste's mentor, Maestro Luciano Vicente sees her first completed painting and says, "I've never witnessed such raw artistic genius." Everything in Celeste's life pivots on that moment.

I start by trying to hone the story's premise down to one sentence that captures the scope of the entire project. If I can nail that down, the rest falls into place.

Do you have any interesting writing habits? What is an average writing day for you?

I start most days with a five-mile walk to get my creative juices flowing, then I go home to complete the usual mundane morning tasks we all have before heading upstairs to my office to write. I average six hours of writing each day, but I've had as many as twelve when I was on a deadline. 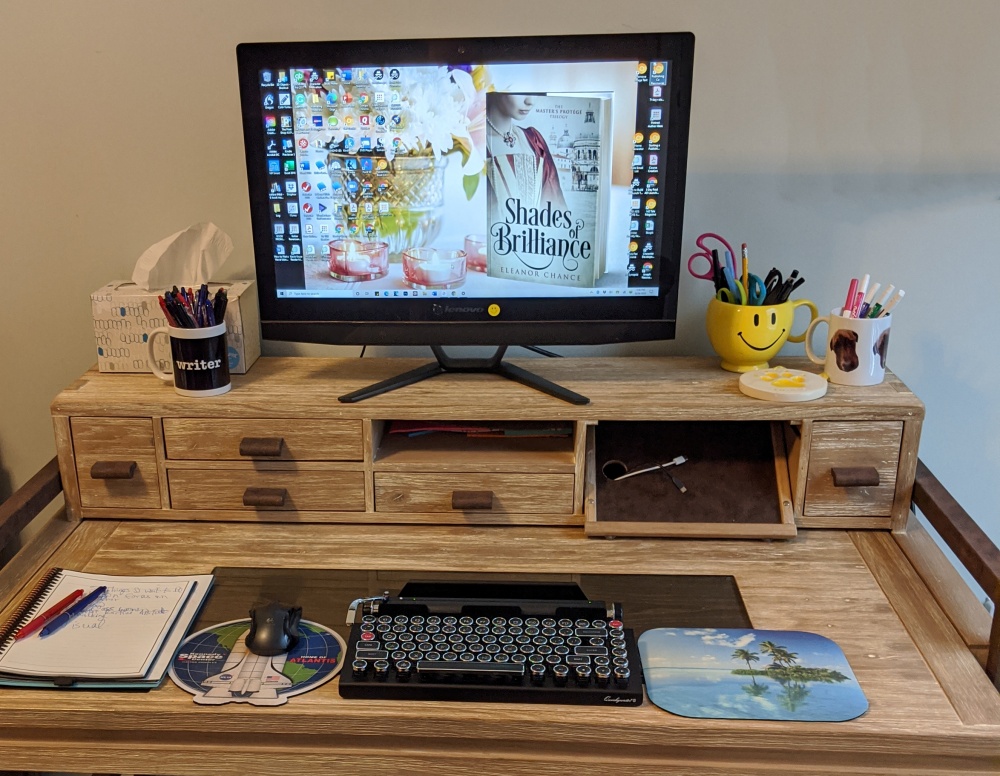 With the third book in the Master's Protégé Trilogy (The Last Masterpiece) coming out on October 15th, I'm excited to be working on a brand new Contemporary Women's Fiction series entitled The Travel Writer Chronicles. The first book in the series, In the Emerald Isle, will be out in early 2023. For historical fiction fans, I have two series in the early planning stages slotted for 2024-2025. One is about Galileo Galilei, and the other is about Caterina Sforza, so keep an eye out for upcoming details.

Readers can find me at the following places:

Website: www.eleanorchance.com, where they can join my VIP Club newsletter. 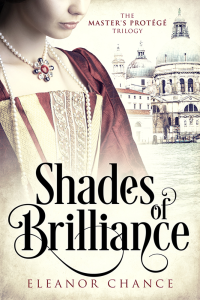 Eleanor Chance
Escape into this rags-to-riches tale of splendor, intrigue, and passion with Celeste Gabriele, an impoverished nanny who is unwittingly drawn into the Renaissance art world where her life is transformed, and she discovers a love more powerful than she could have dreamed.
Historical Fiction
$0.99
$2.99
Amazon