Ernest Dempsey - A Gripping Tale of Intrigue And An Imagining Of Ancient Powers
Posted on 30th of December, 2021 by Naomi Bolton 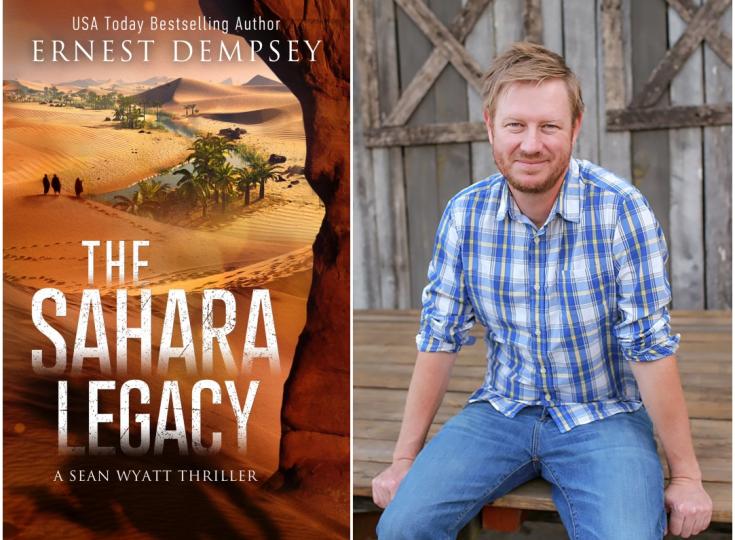 Ernest Dempsey is a USA Today Bestselling author from Chattanooga, Tennessee. Dempsey writes high-octane Archaeological Thrillers and stories that travel the world, investigate secret societies, delve into conspiracies, and always pack a ton of action. As our Author of the Day, he tells us all about his book, The Sahara Legacy.

Please give us a short introduction to what The Sahara Legacy is about.

The Sahara Legacy is a story about the hunt for the lost city of Zerzura, and a race against foes who would use its ancient technology for nefarious purposes.

What inspired you to write about someone who discovers an ancient secret hidden under the sands of the Sahara?

I’ve always wondered what might lurk under the expansive sands of the Sahara. It’s just so much land, with so many ancient cultures surrounding it. Will we every know what truly lies under the sands? I want to.

Tell us more about Sean Wyatt. What makes him tick?

Sean Wyatt is a former cover operator from the clandestine Axis Agency, an entity that reports only to the president of the United States. He earned a degree in Psychology from the university of Tennessee, but was recruited out of college to join Axis. He never spent time in the military, instead getting tactical, weapons, and operations training directly through the agency.

Sean’s major weakness is his fear of heights. But also Adriana Villa, the woman he loves.

He has a burning inner turmoil, and some have wondered why he doesn’t feel regret for the lives he’s taken, even if they were evil. The source of that inner turmoil is revealed in The Templar Curse.

Why archeological thrillers? What drew you to the genre?

I always loved a good treasure hunt. The Goonies, Indiana Jones, National Treasure, Tomb Raider, Uncharted, I love all that stuff. So, I got into reading Clive Cussler about twenty years ago when I finished grad school and could finally have time to read for pleasure again. Count of Monte Cristo was the book that did it for me. It’s the ultimate revenge/treasure hunt/prison break story. Dumas inspires me still. 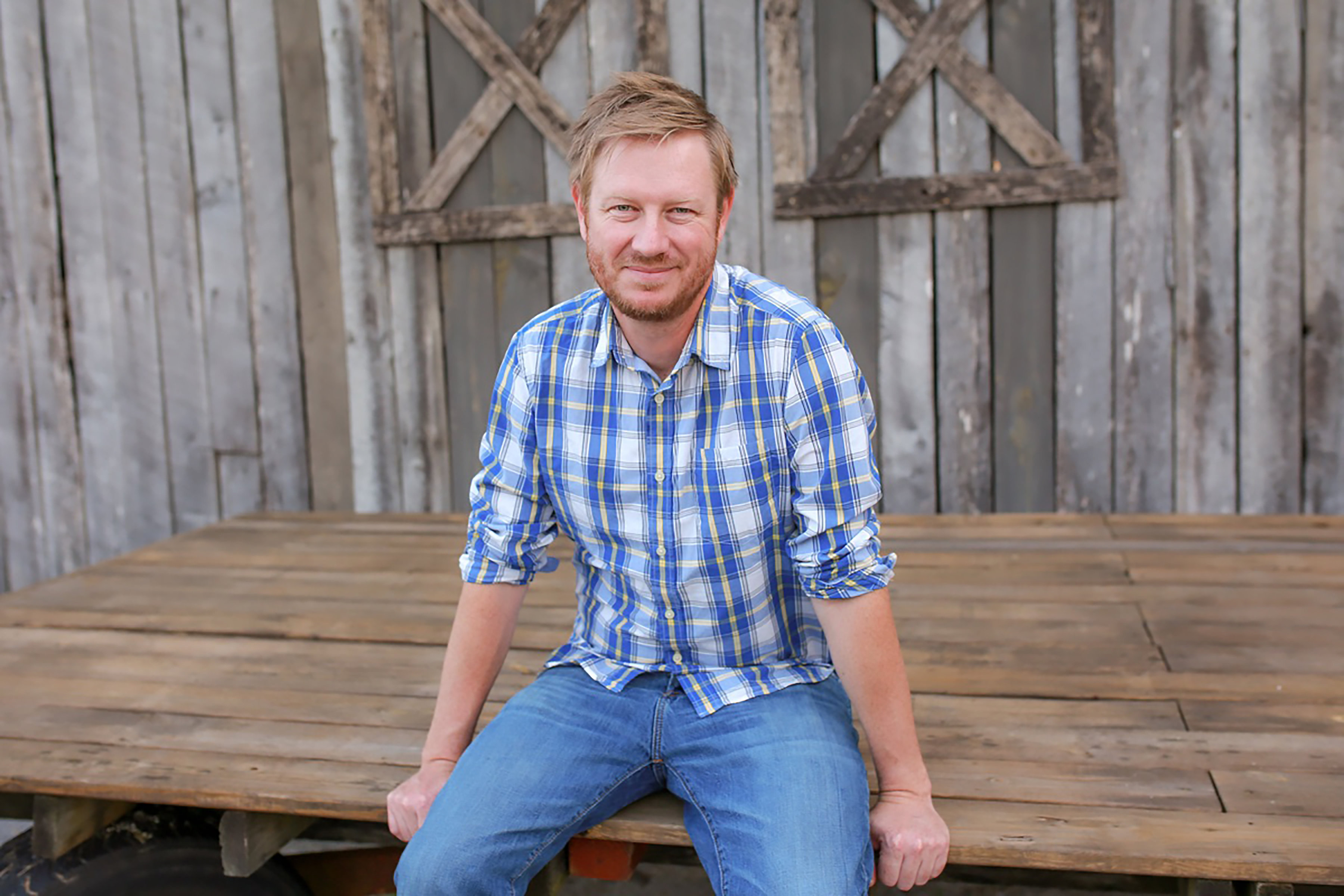 How much research did this story require from you?

Each story requires about one hour per thousand words. Sahara took a little more, I believe over a hundred hours of research which is ongoing even during the writing process.

I was the lead singer for a band called Soulcrush for 15 years from 1999 to 2014. We toured regionally, mostly. I also coached high school soccer before quitting my school job to write full time. Some people say I’m a sports savant, with knowledge about strategies and coaching multiple sports. I would say that’s probably accurate. I spend way too much time watching and studying sports such as soccer, American football, and baseball. But I loved coaching soccer. If I wasn’t a full time writer that’s the gig I would want to do.

My covers are designed by L1 Graphics out of Athens, Greece. They do amazing work and the covers are only getting better with every story. If you want to know more about the inspiration for the design, you’ll have to reach out to them.

Coming up with the clues, and then zeroing in on a location using satellite imagery.

The book contains a lot of humorous sparring. Why do you take this approach?

Because life is too serious. And while my books carry a ton of serious implications and plot lines, my stories are designed to be an escape from the harsh reality of life, a life that beats us up all too often. I also write dialogue the way I would speak with my best friends or my brother. We spar all the time.

This is book 13 of the Sean Wyatt series. Can it be read as a standalone? How do the other books in the series tie in with this one?

All of my books tie into the other stories, but I do my best to write them so people can pick them up from any point in the series and not feel lost by the end of the second chapter.

Hahaha! What a terrific question. I look at outlines or plans like a fence around a back yard. Sometimes the fence can be moved a few feet to allow the characters to do what they want, but usually they play inside the fence.

I’m currently working on book 2 of the new Gideon Wolf Series which launches middle of first quarter. That series is a new genre for me, and dips into urban fantasy, paranormal, and supernatural. Gideon is an archaeologist that discovers a medallion of power in Mexico, and it transforms him into something he never imagined. That universe will feature seven such heroes, each with at least ten books in their respective series. It will be a massive universe. I’m also planning out the next Relic Runner books featuring Dak Harper, Sean Wyatt 22 and 23, and book five of Adventure guild. If I have time I’ll work out the details for Paranormal Archaeology Division book 2 as well. I’m launching ten new books in 2022.

Good question. I think my habits are pretty uninteresting. I sit down and think, or I go for a walk and think. Then I sit down and write out the concept, the plan, what happens, and then begin the manuscript. 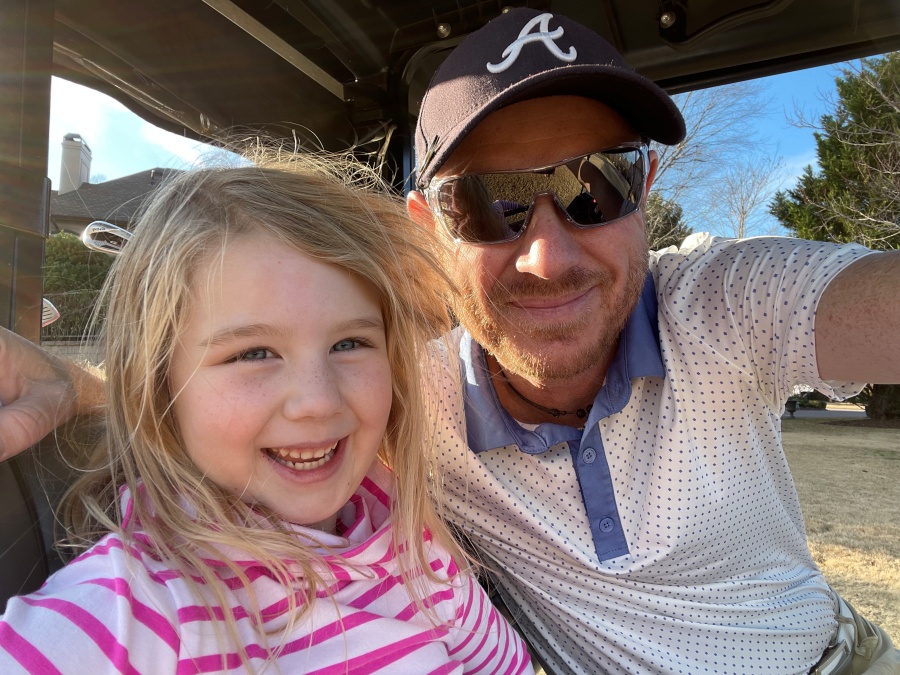 Best way to interact with me is on my fan page on Facebook at https://www.facebook.com/ErnestDempsey . I answer messages faster there than email. But for more of my work, visit https://www.ernestdempsey.net or check out my Amazon page. I do two live shows every week, Drinks With Dempsey on Fridays at 4:30 eastern and Coffee Nation on Sunday mornings at 9 eastern. I do those specifically to interact with fans and answer questions.