Gary Ponzo - Mobsters, Patriots and a lot of Thrills

Gary Ponzo - Mobsters, Patriots and a lot of Thrills
Posted on 10th of July, 2017 by Naomi Bolton 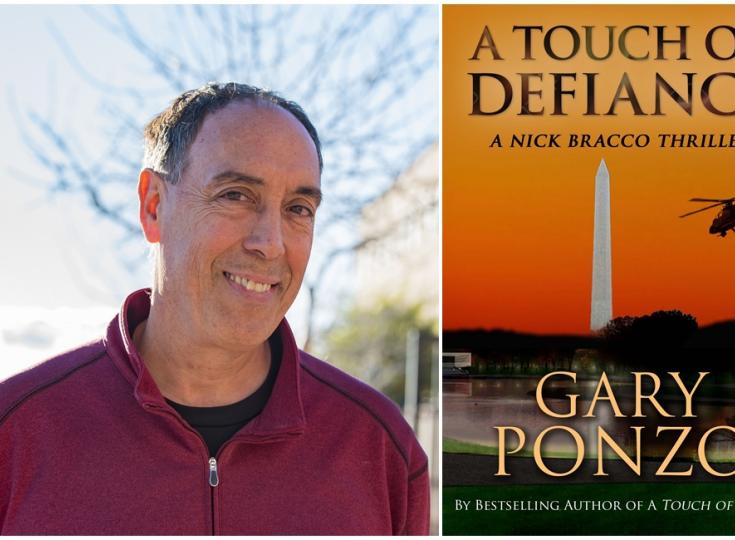 Gary Ponzo started on his first thriller after publishing seven or eight short stories (2 of which were nominated for the Pushcart Prize), much to the delight of his readers. He created agent Nick Bracco, a Sicilian character with ties with the Mob, inspired by his own experiences growing up in a Sicilian family. As our Author of the Day, Ponzo chats about his childhood, the Mob and reveals how the Nick Bracco books turned into a series.

Please give us a short introduction to what a Touch of Defiance is about.

There is political unrest in our nation.  (Imagine that) And a racist cult figure becomes a hero to the disenfranchised public. (Nope, I wrote this a year before the 2016 election) Leo Frazier has convinced his followers that he’s trying to overthrow the elitist government.  What his followers don’t know is his plan for a terrorist attack during an MLK Day rally.  FBI agent Nick Bracco must discover how Frazier will attack the rally before it’s too late.  As usual, he confides in his Mafia-connected cousin Tommy to help with his cause.  And yes, it gets messy.

What inspired you to write a story about an Anti-Government cult?

I guess I’ve always felt a sense of support for minorities, let’s face it they’re the ultimate underdog.  However, I try to stay apolitical on all my thrillers.  I never mention which side of the political aisle Nick Bracco or even the President resides.  I’m more interested in the thrill of the hunt and the chase rather than trying to be didactic about my personal beliefs.

Tell us more about agent Nick Bracco. What makes him so special? Why did you pick him to be your main character?

Nick Bracco is Sicilian.  And growing up in a Sicilian family, like I did, I related to the character.  My father owned a candy store in Brooklyn during the ‘70’s and as a teenager I would work in the store on weekends.  Back then the Mob would run the numbers out of my father’s store.  The numbers is basically a lottery without taxes or government intervention.  My father was Sicilian so the mobsters treated my family like royalty.  I was protected 24/7.  I should write a book about some of those days.  That’s where I collected most of my mobster material.

So I thought, what if an FBI agent who grew up in this environment recruited his Mafia cousin Tommy to help track terrorists. I mean even mobsters are patriots, right?

You used to write short stories. What moved you to write your very first Nick Bracco thriller? What has the experience been like so far?

After publishing seven or eight stories (2 of which were nominated for the Pushcart Prize) I got the confidence to write the long form.  I felt I needed to gain some acceptance within the literary community before I spent a couple of years of my life writing a novel.  And the published stories and nominations gave me that confidence.  The experience has been great.  I really enjoy hearing from happy readers.

In this book the FBI uses Tommy, who is a mobster, as an informant. Why did you take this approach?

In the first book, Nick is up against someone who’s fighting dirty and firing bombs at random homes across the country each night.  Nick needs someone who can navigate the underground without the restriction of the Constitution to get in his way.  Also, Tommy isn’t a hitman or a hired gun, he’s mostly a bookie who’s never harmed a soul in his life.  However, he uses his street smarts to intimidate people into thinking he’s a cold-hearted killer.  The results are pretty humorous sometimes.

Let’s see, I play guitar, I run a couple of miles most days, and I’m the father to 2 wonderful children and married to a beautiful wife—trust me, that’s pretty skillful on my part.

Your book contains a lot of twists. Did you plan them all out before you started writing?

I always need to know where I’m going before I start.  Not necessarily the ending, but section, by section, I have to know where I’m headed, so I can give the reader some clues along the way.  But, yeah every book has twists and I love when a reader leaves a remark saying they didn’t see it coming, but they should have.  That lets me know I did my job.  I surprised them, but it wasn’t unfair.  You won’t come to the end of the book finding out it was all a dream. 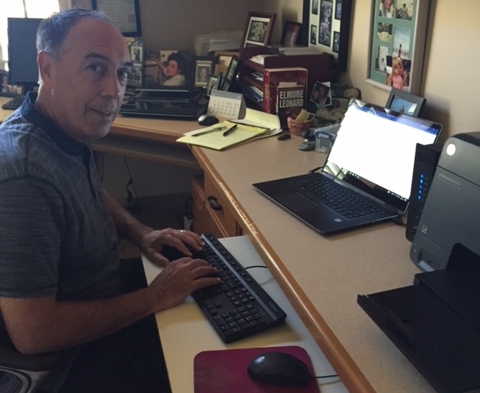 This is book five in the Nick Bracco series. How do the books tie in together? Can they be read as standalones?

Believe it or not, I had no intention to write a series.  Once A Touch of Deceit won the 2009 Southwest Writer’s Award for thrillers, my agent at the time told me I had to turn it into a series and I agreed.  And yes, they absolutely can be read as standalone thrillers.  I’ll give a short intro to every character so you know who they are, but I’m not going to bore you with their medical history, if you know what I mean.

Readers report that your books are hard to put down. What are some tricks you use to keep the reader hooked throughout the book?

There are no tricks in my bag.  I simply write something that I’d like to read.  I use all the senses on every page, but that’s an innate trait.  The reader must smell the fire burning or hear the wind rustling the leaves overhead.  It’s all about bringing the reader into your world.

I definitely read reviews, but by the time I publish one of my books it’s been so well vetted that I’m confident all the warts have been removed.  That doesn’t mean that every single person will love your work, but I try to do everything I can to make the reader enjoy the experience.  I think the majority of readers can tell when someone has worked hard at a project and they appreciate it.  And no, nothing would interfere with my vision.  It’s all art.

I’m currently working on Nick Bracco #6.  The working title is A Touch of Terror.

Readers can always go to garyponzo.com.  I answer every email personally.  Writing is a true passion of mine and I love hearing from readers.  It inspires me to wake up early and pound the keypad.  Believe me, it’s not work if you love what you’re doing.